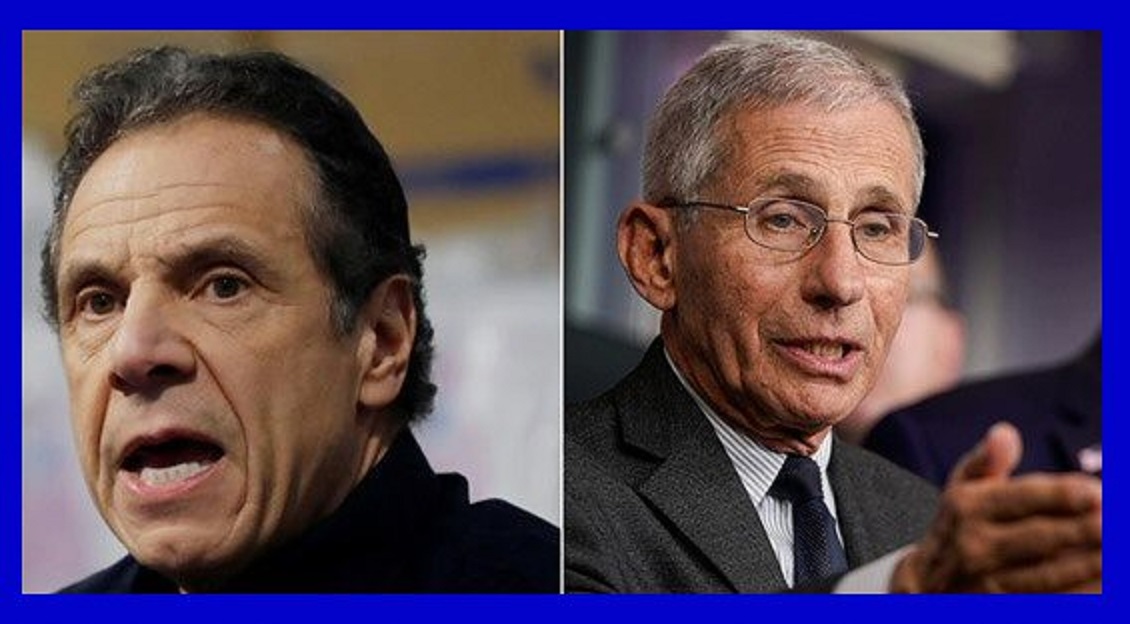 Surge Summary: A couple of books have emerged out of the COVID-19 crisis which are of dubious provenance: The disastrous Governor of New York Andrew Cuomo and increasingly unreliable Dr. Anthony Fauci.

by Gary Bauer
Have you pre-ordered Dr. Fauci’s new book, “Expect the Unexpected:  Ten Lessons on Truth, Service, and the Way Forward”?  It’s reportedly only 80 pages long.  But I am sure it will be required reading by America’s cultural and globalist elites.

[Editor: It is being reported today that pre-order announcements for the book on some major outlets have now been removed.]

Not since Governor Andrew Cuomo shared his wisdom on the COVID-19 pandemic in “American Crisis: Leadership Lessons from the COVID-19 Pandemic” has there been such anticipation of a new book.

Cuomo committed one of the biggest blunders of the COVID-19 pandemic when he “seeded” New York’s nursing homes with COVID-19 infected patients.  The elderly and frail predictably soon fell ill with the virus.  Tens of thousands of them died.

I can make a good case that Cuomo should be in prison.  His nursing home blunder was criminally negligent.  His cover-up of the truth was obstruction of justice.

Coincidentally, “truth” is one of the subjects of Fauci’s book.  No wonder the book is only 80 pages long!

Fauci repeatedly lied during the pandemic, most notably on the question of whether U.S. taxpayer money went to the Chinese communist Wuhan lab for “gain of function” research.  Fauci played word games repeatedly in his congressional testimony.

Ultimately, the persistence of Senator Rand Paul and Senator John Kennedy, as well as the relentless work by Steve Bannon and Tucker Carlson among others, led to Fauci admitting U.S. funds did go to the Wuhan lab.  But, Dr. Fauci assures us that the Wuhan scientists have assured him that none of the funds were used for dangerous research.

I predict Dr. Fauci will be out before his book is. The Biden Administration will want to cut its losses. The 90-day investigation Biden has ordered into the origins of the Chinese communist virus will likely end with no firm conclusion.

Certainly, the Chinese government will never admit wrongdoing. In fact, they will continue promoting their relentless propaganda around the world claiming the virus originated in the U.S.

Meanwhile, we must never forget what we already know are the facts: