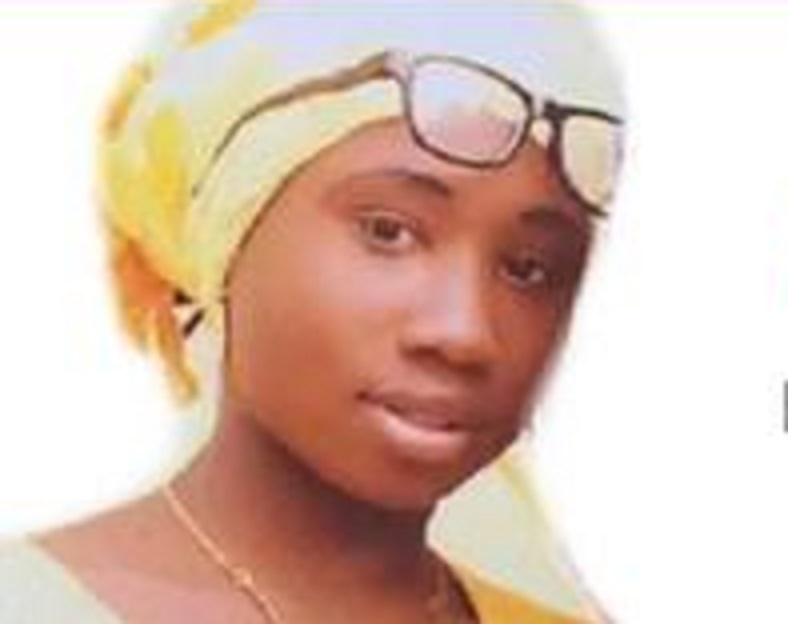 Surge Summary: Young Nigerian woman Leah Sharibu represents thousands of other Christians in her nation – and many others around the globe — suffering horrendous persecution for their faith. Their fellow believers worldwide must pray and advocate for them in whatever way they can.

Do you know the story of Leah Sharibu? Do you know why a song has just been released in her honor? Do you know about her boldness, her faith, and her courage? If not, then please allow me to share her story with you.

As reported on an official US Government website, “On February 19, 2018, the Boko Haram faction ISIS-WA attacked the Government Girls Science and Technical School in Dapchi, Yobe State, Nigeria. ISIS-WA abducted 110 girls, five of whom were reported killed in the abduction. In March, ISIS-WA returned 104 girls to their families, all the students they had abducted from the school except for Leah Sharibu. ISIS-WA reportedly kept Leah Sharibu because she refused to comply with their demands and convert to Islam.”

She was just 14 years old. (I write these words with tears in my eyes.)

Can you imagine the fear and intimidation she suffered? She and the other girls were violently kidnapped by merciless terrorists. Some of her fellow-students died during the raid. All the Christians were ordered to convert to Islam or die. She refused to comply.

And so, to this day, now more than three long years later, she remains captive, in the words of the terrorists, a “slave for life.” And to date, none of the Nigerian government’s efforts to rescue have availed in the least.

A friend of mine, herself an American missionary helping to educate the poorest of the poor in Nigeria, sent me this this email on Monday, with a link to a new video made in Leah’s honor: “A tribute to Leah Shaburu who just spent her 18th birthday as a sacrificial lamb in the hands of Boko Haram.  She reportedly has given birth to her second child.  She needs rescue.”

So, not only is she a slave for life, but she has also been raped.

Take a moment to watch the video for yourself, then share it with your friends.

May we not forget Leah’s name!

Sadly, she is not alone in her suffering, and a report issued on February 22, 2021, on the Baptist News Global website, shared this painful news: “There are many others, both Muslim and Christian girls, in the terrorist dens, including many students of Government Secondary School, Chibok, who were kidnapped in April 2014. Although some of the 276 kidnapped Chibok girls have been released, more than half of them still remain in captivity seven years after.”

Does this ring a bell for you? Back in 2014, this atrocity drew the attention of First Lady Michelle Obama, who took her husband’s place one week to deliver her own address to the nation.

She said, “Like millions of people across the globe, my husband and I are outraged and heartbroken over the kidnapping of more than 200 Nigerian girls from their school dormitory in the middle of the night.

“This unconscionable act was committed by a terrorist group determined to keep these girls from getting an education – grown men attempting to snuff out the aspirations of young girls.”

She even launched a campaign with hashtag #BringBackOurGirls.

But that was a long time ago, and for the girls (and boys) who remain in captivity, they are out of sight and out of mind.

In the same way, the thousands of Nigerian Christians who have been slaughtered in the last year, both by Islamist Fulani herdsmen and Boko Haram terrorists, are nameless and faceless to most of us. Plus, this is happening in a distant part of the world, and even as it happens, the news does not reach most of the newsfeeds that we follow.

But we know the name of Leah Sharibu, and we have now seen pictures of her face. So, as we say her name (and pray and advocate for her release), let us also remember the names and faces of the others. And let us mourn with those who have watched their family members and friends be butchered and raped and kidnapped. May the persecutors themselves repent and be converted, may the sufferers find grace, and may justice be done.

The post Leah Sharibu: Say Her Name (And Remember All the Others Suffering for Their Faith …) appeared first on DailySurge.