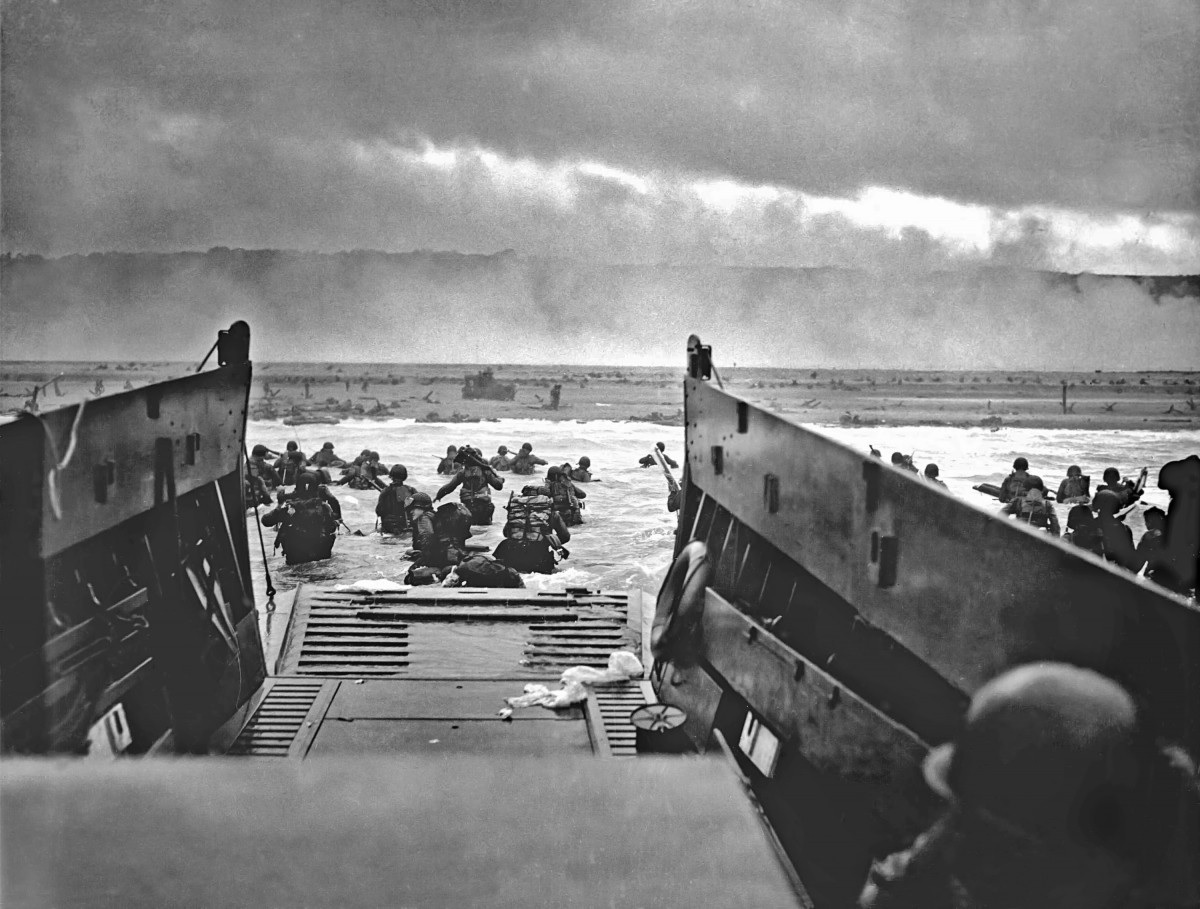 Surge Summary: Today’s Anniversary of the United States crucial World War II D-Day invasion of Europe reminds us of the courage America demonstrated at that globe-shaking time. Could today’s generation of Americans mount a similar effort if necessary?

Today is the 77th anniversary of D-Day, the Allied invasion of France that marked the beginning of the end of World War II.

America still has the most powerful military in the world. Its technological sophistication surpasses anything our leaders of 77 years ago could have imagined.

But when it comes to having the moral courage to do what needs to be done to triumph over evil, our retreat from the values of the Greatest Generation has been nothing short of breathtaking.

On D-Day, President Roosevelt demonstrated that moral courage when he led the nation in a prayer for our troops crossing the English Channel.  His prayer was extensive.  It went on for six minutes.

His prayer was not at all controversial.  In fact, it was welcomed by a nation that wanted God’s favor in defeating Nazis.  But today, if you defend prayer or faith in the public square, powerful people will accuse you of being a Nazi or “the American Taliban.”

Former Speaker of the House Newt Gingrich and others are encouraging radio and TV stations to re-air Roosevelt’s D-Day prayer.  I hope they do.  But if they don’t, I urge you to take a few moments to read it here.  Share it with your children and grandchildren as a reminder of America’s rich religious heritage.

I also thought you might enjoy revisiting our report from two years ago when President Trump led the ceremonies marking the 75th anniversary of D-Day.  Below is an excerpted summary of our 2019 D-Day message.

There have been many speeches by world leaders at Normandy.  Most of them are forgettable.  On rare occasions, their rhetoric rises to the level of remarkable and inspiring.

Ronald Reagan did it on the 40th anniversary of D-Day when he famously celebrated “the boys of Pointe Du Hoc.”  Donald Trump did it today with remarks like these:

“We are gathered here on Freedom’s Altar.  On these shores, on these bluffs, on this day 75 years ago, 10,000 men shed their blood, and thousands sacrificed their lives, for their brothers, for their countries, and for the survival of liberty. . .

“To more than 170 veterans of the Second World War who join us today: You are among the very greatest Americans who will ever live.  You’re the pride of our nation.  You are the glory of our republic.  And we thank you from the bottom of our hearts. . .

“These men ran through the fires of hell moved by a force no weapon could destroy: the fierce patriotism of a free, proud, and sovereign people.  They battled not for control and domination, but for liberty, democracy, and self-rule. . .

“They were sustained by the confidence that America can do anything because we are a noble nation, with a virtuous people, praying to a righteous God.  The exceptional might came from a truly exceptional spirit.  The abundance of courage came from an abundance of faith. . .

“Those who fought here won a future for our nation.  They won the survival of our civilization.  And they showed us the way to love, cherish, and defend our way of life for many centuries to come.”

Could We Do It Again?

I certainly hope and pray that future generations are never called upon to make such sacrifices, but history suggests we should be prepared to do so.  Certainly no one predicted two world wars would occur in the span of just 20 years.  And while war might not be our choice, the enemy often does not give you a vote.

As President Trump mentioned, the struggle between good and evil is eternal and ferocious.  The issue is not whether future generations will be called upon to make heroic sacrifices but when.

While there are many brave young men and women serving in our military today, I do know that there was one fundamental reason why the “Greatest Generation” was able to muster the courage to defend our country and why it is difficult to imagine a similar response today.

Seventy-five years ago, everything that a child in America heard — at the dinner table, from neighbors, in school — was that America was a special place, the greatest country in the world.

They were not corrupted by moral equivalency and the politically correct mush that says all cultures are equal.  They knew our civilization was better than what Adolf Hitler and the Japanese warlords were imposing on their countries.  They knew America had to win if freedom was going to survive.

Unless our leaders step up and make the case for American exceptionalism, they are simply rearranging the deckchairs on the Titanic.  A society consumed with self-doubt and self-loathing cannot be expected to make the selfless sacrifices necessary to defend itself and necessary to achieve greatness.

If we want to ensure that we can produce patriots willing to defend Western Civilization, let’s start by telling our children to stop hating their own country.

Let’s teach them why America is great, why so many are so eager to come here and what this country has done for the cause of liberty and freedom around the world.

The post Remembering D-Day: Could America Do It Today If Necessary? appeared first on DailySurge.