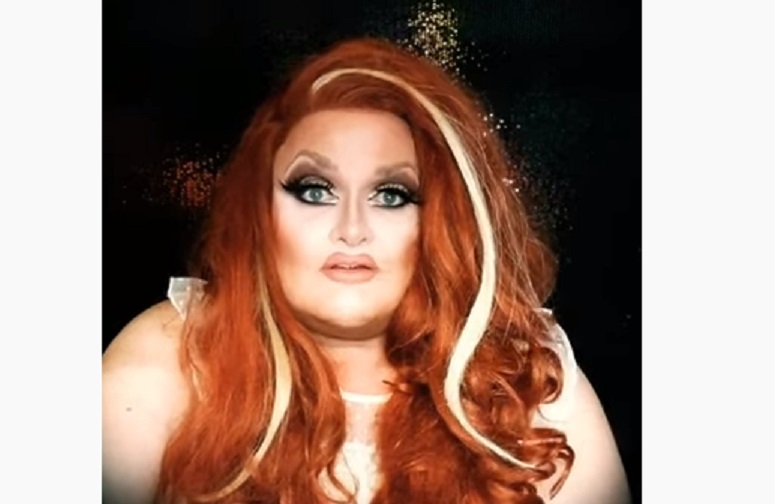 Surge Summary: One outspoken “drag queen” has warned parents to NOT get their children involved in the cross dressing scene. Will parents – and society’s leaders – pay heed?

What may be of interest here is that before they started pushing the sodomite agenda on your children in public school, I never had any issues while speaking at public high school assemblies nationwide.

No matter how many times I warned the American people concerning the history of the sodomite agenda (Leviticus 18:22, 20:13; Romans 1:24), they refused to listen in siding with, advertently or inadvertently, to that which the Lord clearly condemns.

I was called “bigot” and “hater.”  I was told that it was not about the children and yet, that is what it has been about since day one.

In 1987, Michael Swift revealed in his “Homosexual Manifesto,” which was put into the congressional record, what it has always been about, and just like I said, it’s about the children (Exodus 22:22-24; Luke 17:2).

Recently My Christian Daily reported: When A Drag Queen Has To Lecture Parents On Morality

You know that American culture has hit an all-time low when it takes a drag queen to tell “woke” parents to keep their kids out of drag bars. Who would have thought?

I just did a search for “drag queen lectures parents,” looking for articles related to the subject of this article.

The results of the search were telling, yielding headlines like this on a wide variety of drag-related stories:

What on earth is going on?

There is even a debate as to whether or not a drag queen flashed toddlers during a recent reading event. I am not making this up.

Adding to this madness is the new phenomenon of little boys being celebrated as drag queens, most famously the little boy known as Desmond Is Amazing. And little Desmond actually performed in a gay bar, leading to a firestorm of criticism. Reporting on this controversy, Pink News reported that, “Drag kid Desmond is Amazing’s mum defends gay bar performance.”

Well, one drag queen has said enough is enough, scolding parents for the insane practice of bringing their children into gay bars where drag queens perform.

As reported by Will Maule on Christian Headlines, “A popular drag queen known as ‘Kitty Demure’ has issued a stark warning to parents who are seeking to involve their children in the crossdressing scene.”

In the video, which is going viral, “Kitty” asks pointedly, “What in the h*** has a drag queen ever done to make you have so much respect for them, and admire them so much, other than put on makeup and jump on the floor and writhe around and do sexual things on stage?”

In conclusion: Most do not know that this is, in fact, criminal and it’s being played out right before your eyes by the mainstream media in compliance with the said legislators that remain silent while these foam out their own shame (Jude 1:13).

It is called “crimes against nature” and it is a felony in every state of our union (1 John 3:4).

This is about demoralizing your children into further enslavement where they are easily made a prey (Deuteronomy 28:68).

I would strongly admonish every American to consider the end of this abominable life choice (Deuteronomy 30:19); that he who spits against Heaven will surely fall on his own back, and this includes the passive and tolerant accomplices as well.

Bradlee Dean is an ordained Christian preacher, Radio show host for the #1 show on Genesis Communication Network from 2-3 p.m. central standard (The Sons of Liberty). He is a National Tea Party favorite, as does he speak on High School and college campuses nationwide. Bradlee is also an author, a husband to one and daddy to four boys. You have probably seen Bradlee through such outlets as The New York Times, Fox News, MSNBC, CNN, The Weekly Standard etc.. Check out Bradlee’s website and follow him on Facebook.

The post When a Drag Queen Warns About ‘Drag’, Children? Society Might Want to Listen! appeared first on DailySurge.