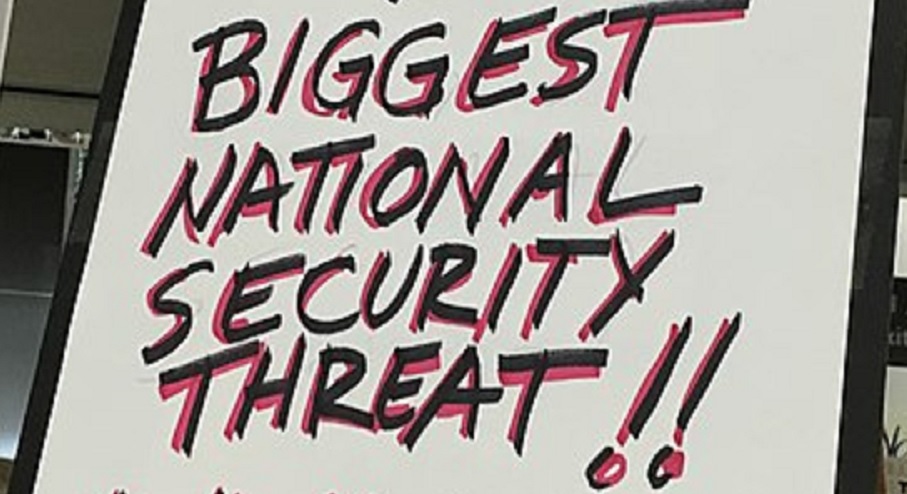 Surge Summary: President Biden announces to the world he thinks global warming is the biggest threat to America. This, no doubt, will come as welcome news to our current enemies: Russia, Iran, China.

As we noted yesterday, President Biden is in Europe for a series of high-level meetings involving key allies.  At one of his first stops, Biden told U.S. troops that global warming was the greatest national security threat facing America today.

The American people don’t believe that climate change is our biggest threat.  When asked to consider a list of potential threats, Americans ranked global warming/climate change seventh out of eleven possible dangers.

Communist China, Russia and Iran certainly don’t believe that global warming is the biggest threat they’re facing.  In fact, they break out the champagne and celebrate every time Biden says he’s focused on climate change.

My friends, this is far worse than the left just not having its eye on the ball.  The demands of the left to combat climate change will make it harder to defeat our enemies, most especially communist China.

There are a dozen things I could cite, but here’s the most obvious issue:  We have vast energy reserves — at least 100 years of oil and natural gas.  We are blessed to have it.  Because of the polices Donald Trump instituted, we can meet all of our energy needs from within our own borders.

But the climate radicals want to abandon the blessing of these secure domestic energy sources and replace them with alternatives that are dominated by communist China — the leading manufacturer of solar panels, wind turbines and rare earth minerals.

We are trading the energy that we have for sources that communist China controls.  How does that make any sense?

At a Senate Armed Services Committee hearing yesterday, Gen. Mark Milley, the chairman of the Joint Chiefs of Staff, was asked about Biden’s belief that climate change is our biggest threat.  Gen. Milley answered: