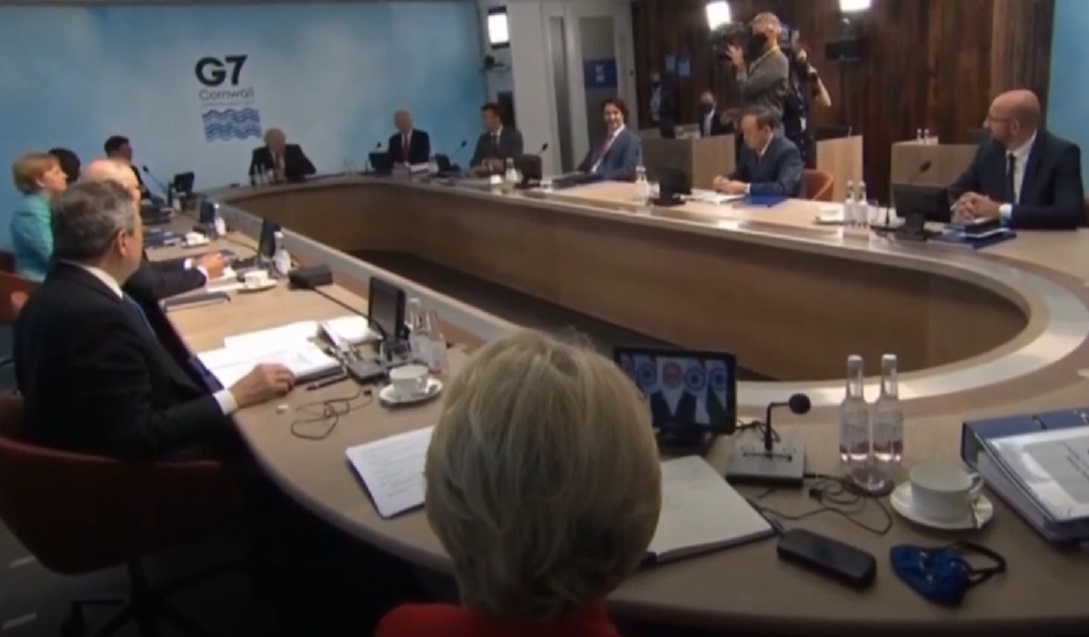 Surge Summary: Before the rest of the globe at the G-7 gathering, Western Leaders embarrassed themselves in a number of ways, projecting weakness and irresolution. Lovers of freedom and civilization can only hope Russia and China weren’t paying attention.

Watching the G-7 leaders on the world stage this weekend was a reminder that the cultural and political elites of the West are tired and out of ideas.  I hope communist China’s Xi Jinping and Russia’s Vladimir Putin weren’t watching.

It was sad to see British Prime Minister Boris Johnson, who campaigned as a populist conservative, feebly embracing the woke ideology.  Regarding his vision for the future, Johnson parroted Joe Biden and the left, saying:

But for me the most laughable and infuriating moment was when French President Emmanuel Macron, sitting next to Biden, said that it was great to have America “back,” adding, “It’s great to have a U.S. president who’s part of the club and very willing to cooperate.”

Macron is presiding over a nation in deep crisis.  His approval rating is 38%.  He was recently warned by dozens of retired and active-duty French military officers that a civil war is brewing if he doesn’t deal with the growing threat of radical Islam.

But I know exactly what Macron meant.  He’s happy that under Joe Biden the America that provides for Europe’s national defense is back, while Europe makes energy deals with Russia and trade deals with communist China.

Macron is happy that Uncle Sam, known in Europe as “Uncle Sugar Daddy,” is back to paying the bills so they can go down their merry socialist road, while lecturing us about our “shortcomings.”

Europe’s elites hated our America First president, and they are giddy to have the American Last president we have now.

“He and many other leaders before him, in France and throughout Europe, were ripping off the United States like never before. We were treated very unfairly with horrible trade deals, and paying for a large portion of their defense. . .

“Of course, they like Biden because now they will be allowed to return to their old ways of ripping off our Country. . .  They will now get very rich off the United States just like they have in the past until a change is made. I am for AMERICA FIRST!”

By the way, the G-7 “leaders” couldn’t even agree to condemn communist China for its slave labor or genocide against the Uyghurs.  Now that’s weakness and appeasement.