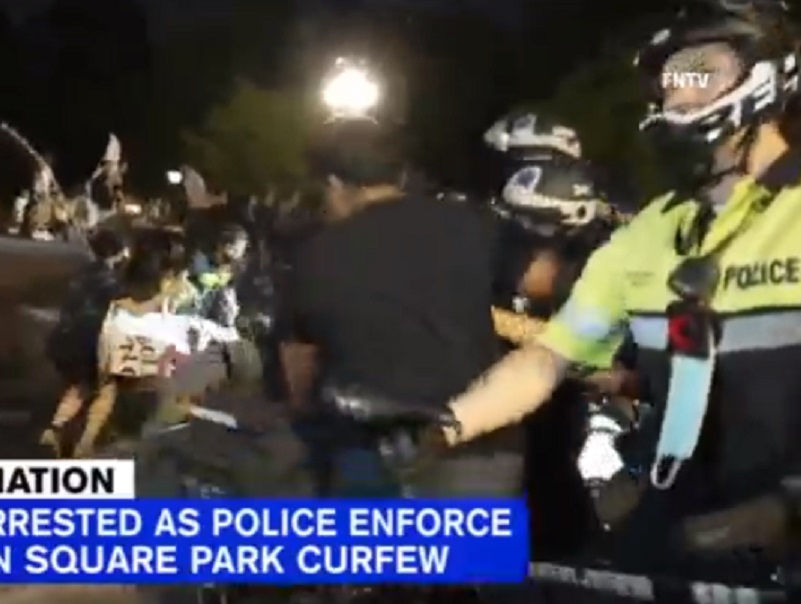 Surge Summary: Left-Wing communities tend to disrespect police officers. As a result, crime often escalates in those neighborhoods. The connection between those realities should be obvious.

Chaos in The Park

Community parks are great places for people to come together to relax and have fun, whether its picnics, playing with the family pet or outdoor concerts.  But not in Washington Square Park in New York’s Greenwich Village.

The iconic park has been taken over by hundreds of miscreants, revelers and vagrants.  There are mass parties at all hours of the night.  Local residents pray for rain “because then we have quiet.”  Worse, drugs and public sex acts are rampant.  Crime has surged.

According to police reports, felony assaults in the area are up 80% compared to last year.  Misdemeanor assaults are up 367%.  Grand larcenies are up 183%.

When police recently attempted to enforce a curfew, they were attacked.  Nearly two dozen people were arrested and eight officers were injured.  But it has done little to stem the violence.

The denizens of Greenwich Village are probably among the most left-wing voters in an already liberal city.  Many celebrities call Greenwich Village home.  But the “progressive” residents are mortified by what’s happening now.  They can’t sleep.  They are afraid to walk the streets with their children and pets.

A recent “emergency meeting” was held to discuss the anarchy in Washington Square Park.  Hundreds of area residents complained that the police aren’t enforcing the law.  While they were inside demanding law and order, there was a demonstration outside against the police.

Crime is a problem all over America.  It’s going to get worse as some of it is driven by gangs and drugs, which are pouring across the border in record numbers.  But it is most prominent in places where the left is in complete control.  At some point the voters of these cities have to wake up.

By the way, I couldn’t help but notice the irony of Chicago Mayor Lori Lightfoot declaring racism a “public health emergency.”  Not only is this the same bigoted mayor who refuses to grant interviews to white journalists, she had the audacity to declare:

“At almost every single point in our city’s history, racism has taken a devastating toll on the health and well-being of our residents of color – especially those who are Black.”

Well, Democrats have dominated Chicago for decades.  So, I guess we know who’s to blame for the city’s history of racism.