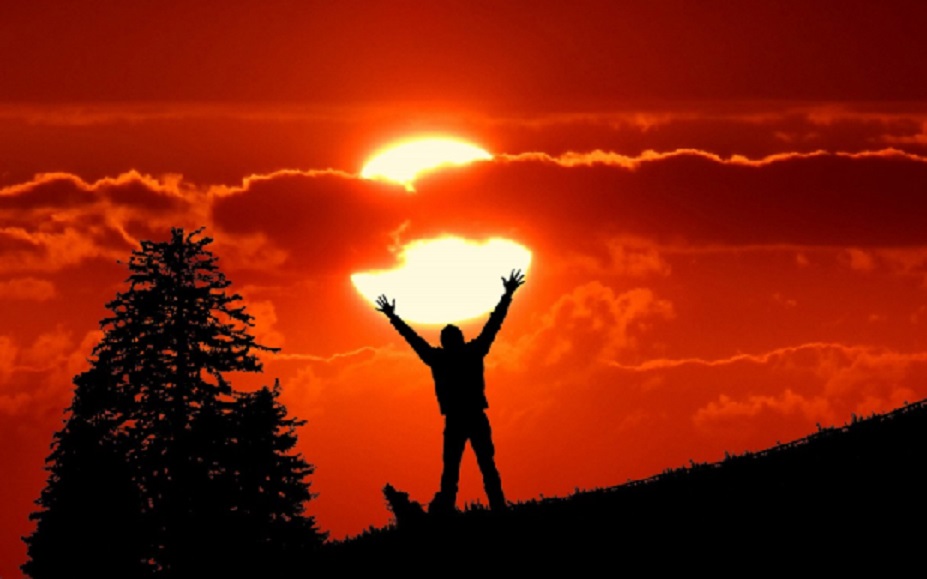 Surge Summary: Americans’ mental health has suffered substantially during the pandemic panic. A new study suggests medical professionals’ disregard of people’s spiritual side has hurt those struggling with psychological/mental issues.

Critics of the COVID lockdowns often argued that, in the end, the lockdowns would do more harm than good, not just financially but also medically. One reason was that patients needing treatment would be less inclined to visit a doctor or hospital, increasing their health risks. Critics also pointed to the psychological aspects of the lockdowns, leading to increased loneliness, depression, and even suicide.

What about forbidding Christians (and other people of faith) from gathering for worship, prayer, and ministry? What kind of impact did this have on the overall health and wellbeing of tens of millions of Americans (along with countless others worldwide)? Or, conversely, what positive role did faith play in the overall health and wellbeing of Americans during the lockdowns?

A new article posted in the Scientific American, by David H. Rosmarin, and titled “Psychiatry Needs to Get Right with God,” addressed these very questions.

According to Rosmarin, “Spirituality has historically been dismissed by psychiatrists, but results from a pilot program at McLean Hospital in Massachusetts indicate that attention to it is a critical aspect of mental health care.”

He noted that, “In the past year, American mental health sank to the lowest point in history: Incidence of mental disorders increased by 50 percent, compared with before the pandemic. Alcohol and other substance abuse surged, and young adults were more than twice as likely to seriously consider suicide than they were in 2018. Yet the only group to see improvements in mental health during the past year were those who attended religious services at least weekly (virtually or in-person): 46% report ‘excellent’ mental health today versus 42 percent one year ago.”

It looks like churches and houses of worship were delivering “essential services” after all.

Unfortunately, Rosmarin explains, “Since Sigmund Freud’s characterization of religion as a ‘mass-delusion’ nearly 100 years ago, mental health professionals and scientists have eschewed the spiritual realm. Current efforts to flatten the COVID-19 mental health curve have been almost entirely secular. The American Psychological Association’s extensive set of consumer resources makes no mention of spirituality. And the Centers for Disease Control and Prevention’s only spiritual recommendation is to “connect with your community- or faith-based organizations.” Of more than 90,000 active projects presently funded by all 27 institutes and centers within the National Institutes of Health, fewer than 20 mention spirituality anywhere in the abstract, and only one project contains this term in its title.”

He continues, “This situation goes beyond separation of church and state. Health care professionals falsely disconnect common spiritual behaviors and experiences from science and clinical practice. As a result, we ignore potential spiritual solutions to our mental health crisis, even when our well-being is worse than ever before.”

Of course, God’s Word, the Bible, was quite aware of these realities, demonstrating an understanding of the connection between body, mind, spirit, and emotions, to the point of offering what could be called psychosomatic observations.

When writing my doctoral dissertation on the primary Hebrew word for healing, the root raphah, I noted that the fundamental meaning of this root was “to restore, make whole,” out of which the other meanings (including physical healing) flowed. Put another way, the concept of healing was holistic. The results of that dissertation, in a much more expanded – and hopefully, more readable! – form were published in my 1985 volume, Israel’s Divine Healer. The book has been very useful in curing insomnia. Start reading it late at night, especially focusing on the 85,000 words of endnotes, and you’ll soon be out like a light.

In my studies, I also noted how some verses in the Book of Proverbs, a treasure trove of practical, divine wisdom, directly addressed the connection of internal and external health.

For example, Proverbs 3:7-8 exhorted, “Do not be wise in your own eyes; fear the Lord and depart from evil. It will be healing to your flesh and tonic to your bones.” So, humility and godly living would lead to physical health as well.

Proverbs 14:30 observed, “A heart at peace gives life to the body, but envy rots the bones.” As the Jewish commentator Malbim aptly noted, “flesh and bones are only as healthy as the spirit they encase.” Indeed.

Commenting on these verses (and others), popular Christian author Elmer Josephson wrote, “Right attitudes encourage and refresh the soul and strengthen the moral spirit; actually, then the blood and the sympathetic nervous system are rejuvenated, which make for good cell construction and build healthy body tissues. Wrong relationships and attitudes depress the mind and fill the blood with alkaloid poison. The involuntary sympathetic nerve system actually causes a malformation of cell construction and tissue arrangement” (See God’s Key to Health and Happiness).

Yet Josephson made these observations back in 1976, citing medical studies to back his claims. (Whether medical professionals would agree with every one of his points or not, the overall claims are certainly true.)

It’s a shame that mental health professionals, along with other healthcare providers, have been so slow to recognize the important connection between spiritual health and mental health.

I say it’s high time for the wellbeing of those struggling that naturalistic biases and presuppositions be removed in the interest of truth and health. We are more than material beings, and that by divine design.