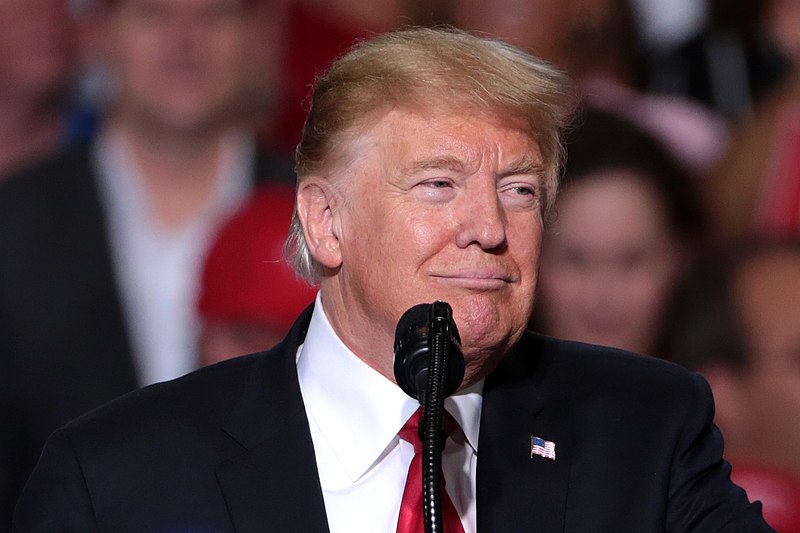 Surge Summary: Former President Donald Trump is not abiding by the traditional role of ex-president. He is staying engaged and influential. Will he return for a second term?

“Regarding running again in 2024, I’m looking at it very seriously because I miss the opportunity to help people.” —former President Donald J. Trump

Returning to the campaign trail in North Carolina, Trump said, “I am not the one trying to undermine democracy; I am the one trying to save it.” I recalled the 1960s slogan, “In your heart, you know he’s right.”

During his four years in office, I watched a man sleep but four hours a night. He raised a red flag and was passionate to protect America from leftist radicals (now ruling the Democrat Party). He prepared a generation for peace and prosperity. In doing so he was maligned and misrepresented horribly.

Comparing his schedule to Biden’s for five months, Americans should be alarmed. We see a man spending an hour “at the office” usually in one meeting. No president has ever had such an embarrassingly light schedule.

On D-Day’s anniversary, scores were stunned when he failed to even mention the momentous event. The greatest gamble in U.S. history where 156,000 soldiers, 23,000 paratroopers, 7,000 ships and 3,200 aircraft liberated Europe from the grip of Nazism, yet our commander in chief neglected to pay tribute to our veterans and the 2,500 soldiers who died that day.

America is in peril. Hopefully scores will realize Biden’s diminished state and the enormity of the evil in this perfect storm.

After America and our allies in World War II decimated Hitler and his Nazi/Democrat Socialist Party, Eisenhower ordered soldiers to enter the liberated concentration camps to survey the savagery.

Americans must awaken to what we’re up against today. Corporate media and Big Tech give Biden cover but angst will surface.

What Is Trump Doing?

Trump commutes regularly to New York City to work out of Trump Tower. He’s planning rallies for midterm candidates and an ingenious tour with Bill O’Reilly to discuss the inside history of his time in office.

1. He’s benefiting from ongoing prayer. Multitudes of the 90% of evangelical voters who supported him continue to uphold him in prayer. As a 46-year board member of Intercessors for America I assure you that God’s “watchmen on the wall” remain vigilant and diligent on his behalf.

I pray daily for Mr. Trump and also for Biden, that God protect him plus convict him where he’s promoting pernicious policies. Christians should not pray for the success, favor and blessing of the Biden administration based upon their anti-God and anti-family platform.

For those who mistakenly think we are to blindly submit to Biden and his decrees because Romans 13:1 tells us to “be subject to the governing authorities,” in America, our Constitution is the governing authority, not politicians seeking to undermine our religious freedom, conscience and sanctity of human life. Individuals such as Dietrich Bonhoeffer, Watchmen Nee, Martin Luther King Jr., Corrie Ten Boom and the apostles (Acts 4:18-20) opposed the governing authorities who violated Scripture.

2. He’s remaining GOP leader. Presidential historian Michael Beschloss says that Donald Trump has “defied the model of ex-presidents who lose an election and tend to fade away.”

Trump is the formidable leader of the Republican Party and frontrunner for the nomination in 2024.

3. He’s watching for his running mate. Trump will be discerning in picking a potential running mate. He values loyalty and standing for the core values of conservatism.

Charles Spurgeon said that discernment is “not so much distinguishing between right and wrong but between right and almost right.” Biden acquiescing to Harris (whom he disliked for humiliating him in the debates and was first to drop out of the Democrat primaries, never getting one vote). She was Black, feminist, radical leftist, and that’s what the progressive bosses wanted. Look at the result!

4. He’s unifying the party. Trump stated the Democrat Party is “disciplined, vicious and united.” He knows, “If a house is house divided against itself, that house will not stand” (Mark 3:25).

Trump is the most influential leader to bring together the party after a cleansing of those undermining the agenda. He’s enjoying the ouster of John McCain’s disruptive daughter; the booing and censuring of embittered antagonists like Liz Cheney and Mitt Romney; and departures of other “burr in the saddle” troublemakers.

Sen. Mitch McConnell isn’t appreciated, but “the Turtle” will lumber in line when he knows where the winds are blowing.

Investigations are surfacing bringing validation and exposing coverups like false reportage on the Lafayette Park fiasco and Capital rioting. Predictions he made and positions he took on issues like hydroxychloroquine are increasingly validated for “those who have eyes to see.” Scripture tells us, “He who walks in integrity walks securely but he perverts his ways will be found out” (Prov.10:9, BSB).

Here’s the Deal: Donald Trump alongside Apple founder Steven Jobs, Prime Minister Winston Churchill and General George Patton are all abrasive characters yet exhibit a God-given genius for innovation and accomplishment. Flawed and pugnacious personalities, they made their mark by persevering. Grover Cleveland returned to win a second term after a four-year absence; will we witness it again?