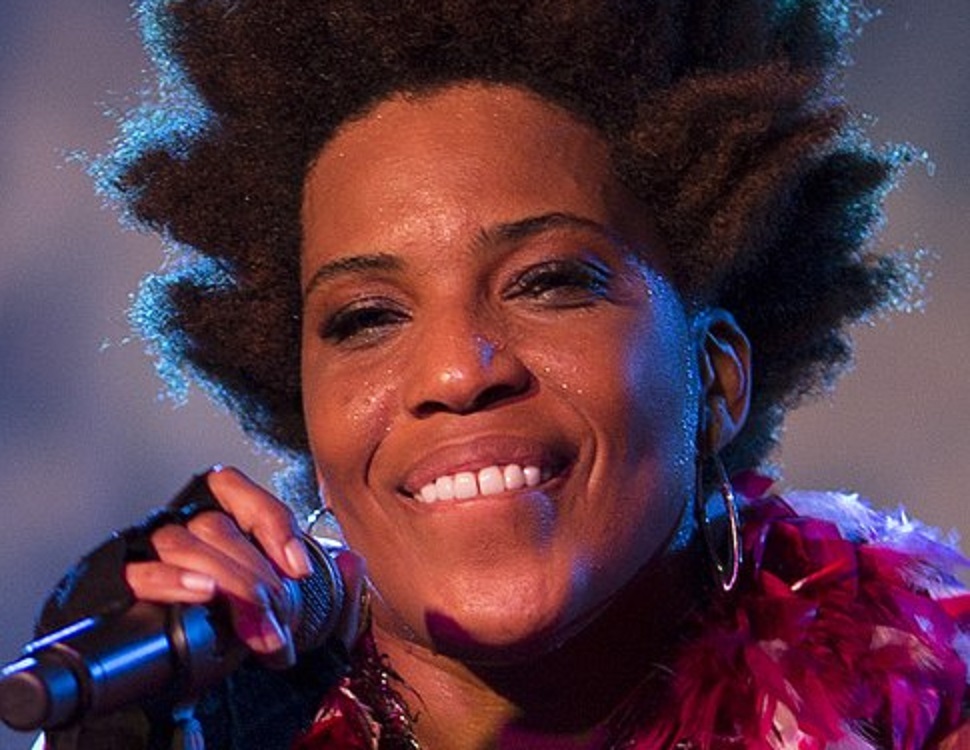 Surge Summary: Singer Macy Gray has recently bellyached the American flag doesn’t adequately represent all the nation’s population and values – and should be retired and replaced with something else; something more politically correct.  It needn’t be pointed out this attack on Old Glory is an affront to the flag and all she symbolizes of what is best of America.

In a recent opinion piece, singer Macy Gray attacked our American flag.  She said it was “tattered, dated, divisive and incorrect.”  Gray compared it to the Confederate battle flag, and said it “no longer represents democracy and freedom.”

Gray added, “It no longer represents ALL of us.  It’s not fair to be forced to honor it. It’s time for a new flag.”  I won’t bother describing the politically correct mess she proposed to be the new flag.

I was furious when I read Gray’s outrageous statement.  I can only imagine how angry my father, Spike Bauer, would have been if he were alive today.  He fought under that flag in the Pacific theater during World War II.  And he would fight any man today who disrespected it.

The Stars and Stripes will fly many more years after Gray and leftists like her are long gone and forgotten.  But her description of the flag reminded me of Johnny Cash’s song Ragged Old Flag.  You can look it up online.

It’s about a guy who walks into a small town square and notices that the flag is a bit ragged.  He tells a local man that the flag has seen better days, and the man tells him all the places the flag has been — from Washington crossing the Delaware to the Alamo, from Flanders Field to Vietnam.

Here are the last two stanzas:

“In her own good land here She’s been abused.

And the government for which she stands,

Has been scandalized throughout the land.

And she’s getting thread bare, and she’s wearin’ thin.

But she’s in good shape, for the shape she’s in.

“Cause she’s been through the fire before,

And I believe she can take a whole lot more.

So we raise her up every morning,

And we take her down every night.

We don’t let her touch the ground,

And we fold her up right.

On a second thought, I do like to brag,

‘Cause I’m mighty proud of that ragged old flag.”

My friends, we should be proud of that flag, too.