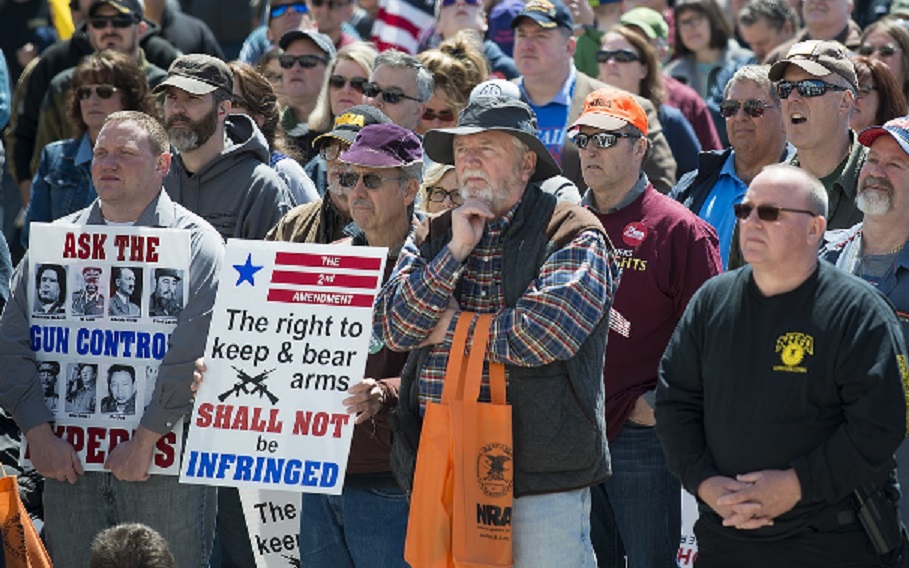 Surge Summary: In a speech this week addressing America’s skyrocketing crime rate, President focused on … more “gun control” rhetoric. Once again, the Left is pushing “solutions” which will punish the law-abiding more than the actual criminals.

Everyone in Washington, D.C., knows why President Biden made a big speech on crime [Wednesday]:  The polling the White House is getting is abysmal.  [Wednesday]’s speech was damage control, but it didn’t work.

Biden’s central message is that crime is up because of guns.  That’s odd.  When a police officer discharges his gun and kills a criminal, it’s always the fault of a “racist cop.”  But when a thug kills a police officer or another person, it’s the gun’s fault.

The problem with Biden’s analysis is that crime is up across the board.  Robberies, arsons, assaults, car jackings, looting, hate crimes, etc.  Most of those crimes do not involve guns.

So, in the middle of this crime wave, Biden’s big idea is to make it harder for law-abiding Americans to protect themselves with firearms.  He vowed [Wednesday] that his policy is “zero tolerance for gun dealers who willfully violate key existing laws and regulations.”

Fine.  Prosecute anyone who breaks the law.  But why is he so focused on gun dealers?  Where’s the zero tolerance for the criminals illegally using guns?  Biden’s speech should have come with a laugh track if it wasn’t so serious.

The timing couldn’t be worse.  Because there’s a crime wave, many Americans who have never owned a gun are trying to get one now.  Yet in this atmosphere, Biden just announced policies that criminals won’t follow, but will make it harder for you to protect your family.

This is insanity!  Like so much of the left’s agenda, it’s completely backwards!