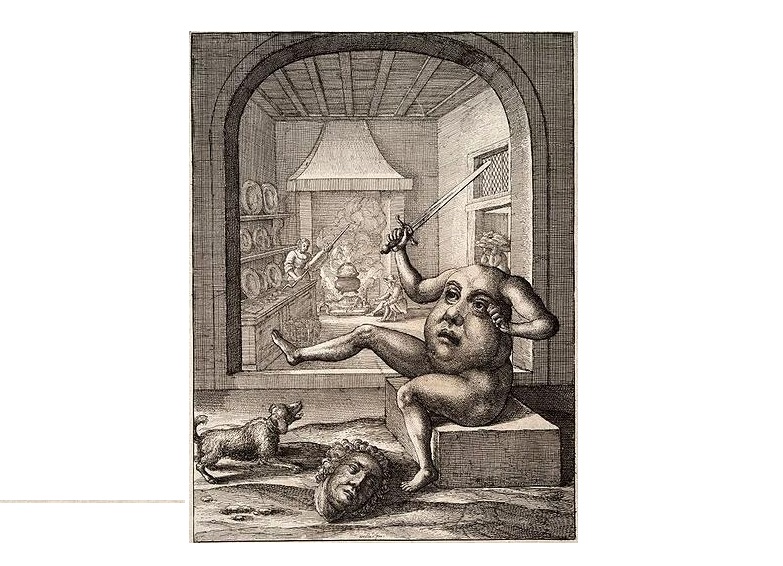 Surge Summary: It’s easy to take the police for granted and, accordingly, take steps to reduce their numbers and/or funding. When reality sets in, however – when crime rises – sensible people recognize how truly important they are.

Have you ever heard the Aesop’s Fable about the belly and the rest of the members of the body? It is reminiscent of contemporary attempts to defund the police. There is a lesson to be learned.

The fable, as I read it as a child, go likes this: “One day it occurred to the Members of the Body that they were doing all the work while the Belly had all the food. So they held a meeting and decided to strike till the Belly consented to its proper share of the work.”

And all this just to feed the belly, which simply sat around, did nothing, and enjoyed the fruit of the body’s labors. So, the members of the body decide to call for a boycott. Enough was certainly enough.

Consequently, “For a day or two, the Hands refused to take the food, the Mouth refused to receive it, and the Teeth had no work to do. After a day or two the Members began to find that they themselves were in poor condition: the Hands could hardly move, and the Mouth was parched and dry, while the Legs were unable to support the rest. Thus even the Belly was doing necessary work for the Body, and all must work together or the Body will go to pieces.”

When it comes to applying this fable to the move to defund the police, the application is hardly exact, as if the police simply enjoyed the fruit of society’s labors. Obviously not.

But, as I said, there is a lesson to be learned, and it is simply this: the police are doing a necessary, albeit difficult and often thankless job, and if we don’t “feed” them (= we defund them), in the end, we hurt ourselves.

As reported in the Wall Street Journal on May 26, “One year after the movement to ‘defund’ law enforcement began to upend municipal budgets, many American cities are restoring money to their police departments or proposing to spend more.”

What do you know! The police are performing a necessary service after all. Defund them, and violence and lawlessness will increase.

And who will be hurt most by this in the end? The citizens of each community (= the members of the body in the fable).

Yes, “Many U.S. cities are led by Democrats who supported protesters’ calls to defund the police—a term that activists have used in different ways, including to push for simply shrinking the size of police forces but also shifting resources from law enforcement to social services. . . .

“But city officials have found it difficult to keep police budgets down after seeing a rise in crime over the past year, with murder rates up by double digits in many cities. In the last three months of 2020, homicides rose 32.2% in cities with a population of at least one million, according to the Federal Bureau of Investigation’s Quarterly Uniform Crime Report. Law-enforcement officials and criminologists say pandemic stress and a police pullback amid protests are likely contributors.”

To quote Michael Nutter, the former mayor of Philadelphia and a Democrat, “It’s hard to have a serious conversation with folks about cutting a police department’s budget when crime is up.”

So, in theory, it’s great to suggest that police funds could better be spent in other ways. But in reality, less police presence means more crime, especially violent crime. That’s because violent criminals respond to force, not appeal and not reason. Take away the police force, and you take away the restraint.

Similar stories have flooded the internet in recent months, with headlines announcing, “This US city was working to cut its police budget in half – then violent crime started to rise” (The Guardian, March 19, referring to Oakland, CA). Other headlines declared, “Defund the police encounters resistance as violent crime spikes” (CNN, May 25) and, “US crime rise draws fears of ‘bloody summer’, calls for more cops” (Al Jazeera, June 22).

That’s why 89 pastors in Ohio recently called for a “Day of Prayer and Appreciation for Police,” noting that “the local law enforcement plays a valuable role in our society, with brave men and women keeping vigilant watch at all hours risking their lives . . . on behalf of the safety of others; often with their acts of heroism going unnoticed.”

It simply means that the sooner we abandon the wacky idea that defunding the police is a good way to fight crime, the sooner surging crime rates will start to drop.

Otherwise, in cities like Minneapolis, where George Floyd was killed, as crime spirals out of control residents will be asking, “Where are the police?”

The post A Fable About the Belly — and Current Experience — Expose Folly of ‘Defunding of the Police’ appeared first on DailySurge.