Dave Hunt saw it all coming, and ‘A Woman Rides The Beast’ remains as one of the best, if not the best commentary ever written on the Roman Catholic Church and Revelation 17 & 18.

How well I remember in the early years of my salvation, the first time I opened a copy of Dave Hunt’s masterwork, ‘A Woman Rides The Beast’, it literally sent chills throughout my body as I read it. Why? Because when I got saved, I was a 30-year Roman Catholic who had be trained in private Jesuit and Franciscan schools, include 3 years as an altar boy. I could have easily been a teacher in a Roman Catholic school, and in fact, was asked by my old priests to come leader a Catholic Youth bible study, but that’s a story for another day.

“So he carried me away in the spirit into the wilderness: and I saw a woman sit upon a scarlet coloured beast, full of names of blasphemy, having seven heads and ten horns. And the woman was arrayed in purple and scarlet colour, and decked with gold and precious stones and pearls, having a golden cup in her hand full of abominations and filthiness of her fornication: And upon her forehead was a name written, MYSTERY, BABYLON THE GREAT, THE MOTHER OF HARLOTS AND ABOMINATIONS OF THE EARTH.” Revelation 17:3-5 (KJB)

End times author Dave Hunt absolutely nailed it when he wrote ‘A Woman Rides The Beast’, but the ironic part is that Dave Hunt died the exact same year that Jorge Bergoglio became Pope Francis, 2013, the man who would work to usher in the the One World Religion of Chrislam. But Dave Hunt saw it all coming, and his book remains as one of the best, if not the best commentary ever written on the Roman Catholic Church and Revelation 17 & 18.

I know we live in the day and age of everything digital, but there is just something so very special about hold a book in your hands, opening it up and journeying inside of it. God could have chose any medium with which to preserve His word, and He picked a book. That’s good enough for me. The first shipment of ‘A Woman Rides The Beast’ arrived earlier this afternoon, and we invite you to get your very own copy of this amazing end times work. As a former Roman Catholic, I can vouch that everything you read in it is the absolute truth.

It is my personal goal to create the finest collection of end times books and commentaries exposing the world’s largest cult of the Roman Catholic Church. I invite you to click the link below and see what we have to offer so far, new titles added weekly. 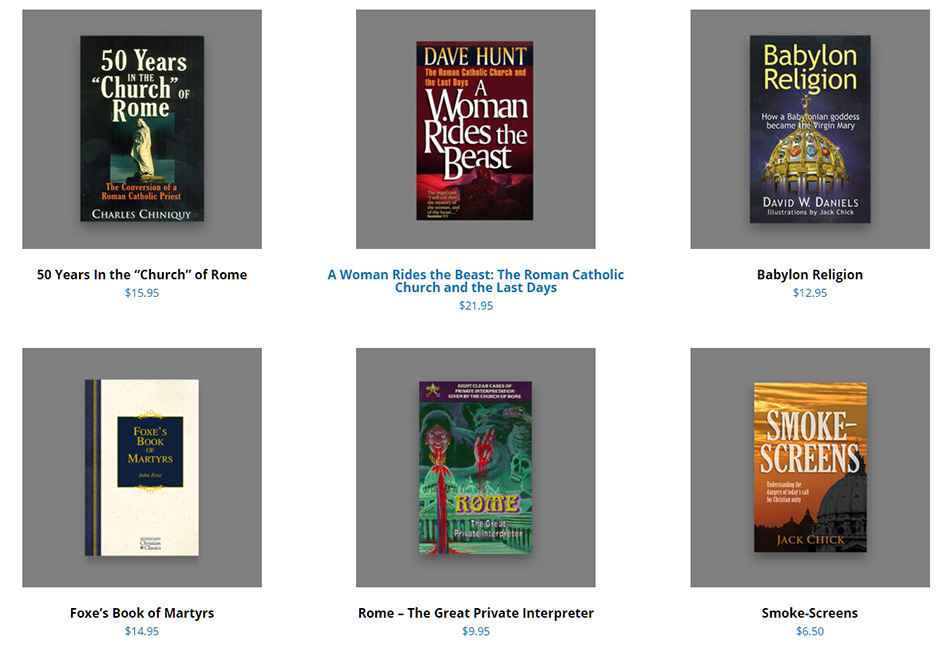 ABOUT THE BOOK: Many are amazed to discover in Revelation 17 that there is also another mysterious character at the heart of prophecy – a woman who rides the beast. Who is this woman? Tradition says she is connected with the church of Rome. But isn’t such a view outdated? After all, today’s Vatican is eager to join hands with Protestants worldwide. “The Catholic Church has changed,” is what we hear. Or has it? In “A Woman Rides The Beast”, prophecy expert Dave Hunt sifts through biblical truth and global events to present a well-defined portrait of the woman and her powerful place in the Antichrist’s future empire. Eight remarkable clues in Revelation 17 and 18 prove the woman’s identity beyond any reasonable doubt.

The post ‘A Woman Rides The Beast’ Connects The Roman Catholic Church With Revelation 17 & 18 And Is A Must-Have For Every Bible Believer’s Library appeared first on Now The End Begins.