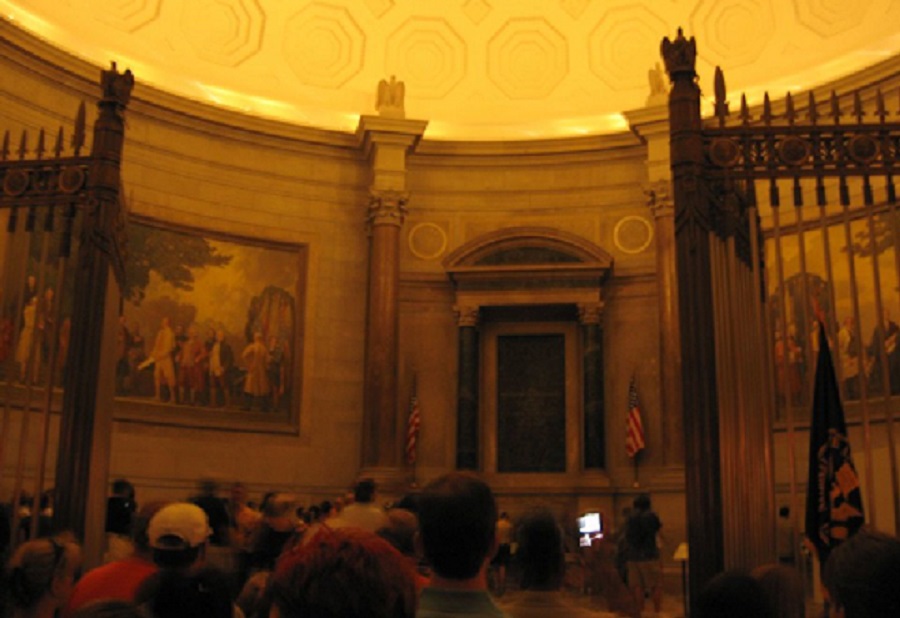 Surge Summary: The National Archives’ Rotunda is now being accused of “structural racism” – its display focuses on too many white man. Historical accuracy apparently doesn’t matter to the in-house task force which has rendered this verdict. Such America-despisers shouldn’t be advising the institution.

Craven corporate CEOs and woke athletes are nothing new.  But even those charged with preserving our history at the National Archives are joining this insanity.  The people in charge of our national treasures are now clearly part of the left-wing juggernaut to smear our Founding Fathers.

If that’s true, then it seems Mr. Ferriero, an Obama appointee, should be fired immediately.  But that’s not really what the task force is getting at.  What they really mean is that our history and America are racist.

Among other things, the task force is upset that the National Archives’ Rotunda, where the Declaration of Independence, the Constitution and the Bill of Rights are kept, is a symbol of “structural racism.”

How so?  Because it features too many white men.  Well, that’s because it’s just a historical fact that white men wrote those documents.

Among other recommendations, the task force demands that public displays and online materials provide “trigger warnings” to “forewarn audiences of content that may cause intense physiological and psychological symptoms.”  They want articles about our Founding Fathers to not be so celebratory of their achievements.  They also want “safe spaces” in every facility.