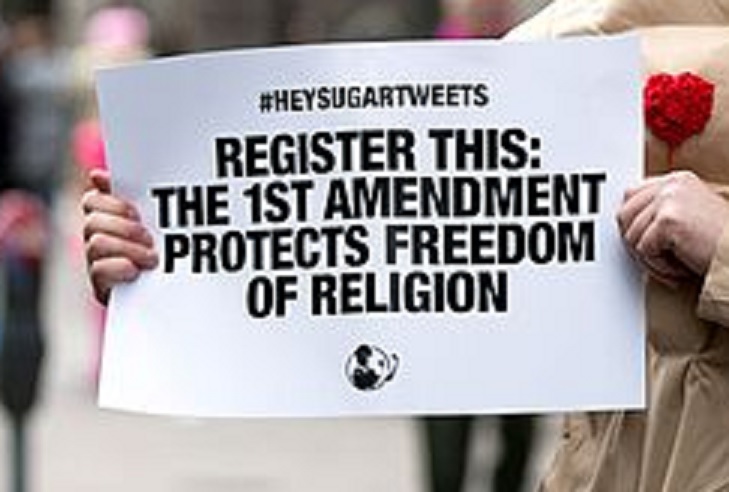 Surge Summary: The Supreme Court recently defended the religious liberty of Catholic Social Services against the City of Philadelphia’s attempts to shut down their ability to place foster children only in homes with married, heterosexual couples. This is a win for the first Amendment – but a fragile one; and the majority opinion reveals the High Court is not actually unified in its reasoning.

Sharonell Fulton had fostered 40 children over a 25-year period through Catholic Social Services (CSS), a private agency which conducted “home study” reviews of prospective foster parents. CSS operated under the Catholic Archdiocese of Philadelphia. In March 2018, the city of Philadelphia abruptly put an end to any foster children being placed with foster parents like Sharonell Fulton, whose home had been approved by CSS. Thanks to nine members of the U.S. Supreme Court, she will be able to resume her ministry of grace.

Why were CSS and dedicated foster parents like Sharonell precluded from providing these much-needed fostering services? Because CSS, a private agency, followed immemorial Catholic teaching by refusing to certify homes to receive foster children where foster-parent applicants were either: 1.) unmarried couples; or 2.) same-sex married couples. Philadelphia said this practice violated its sexual discrimination policy. The result was that, as of March 16, 2018, no new children in the custody of Philadelphia’s Department of Human Services (DHS) would be placed with CSS-approved foster parents.

CSS appealed the city’s ban, asserting that Philadelphia was violating its freedom of speech and religious liberty. That effort was not successful at either the level of the Federal District Court nor the Third Circuit Court of Appeals. CSS appealed to the U.S. Supreme Court.

In a much-anticipated opinion, all nine justices found in favor of Catholic Social Services. That is a meaningful win for religious liberty and should be hailed as such. However, three justices—Alito and Gorsuch joined by Thomas—wrote concurrences agreeing with the result but not the reasoning behind it. They strongly objected to the court’s reliance on a case entitled Employment Division v. Smith. Those concurrences signal that, despite the 9-0 decision, on the subject of free-exercise jurisprudence, the court is not unified.

First, a brief history is necessary, because over the past six decades the Supreme Court has offered two different approaches to that question:

The first approach came from the 1963 case of Sherbert v. Verner, in which Adell Sherbert, a Jehovah’s Witness, won the right to unemployment benefits even though her religious convictions prohibited her from being available for work on Saturdays (her Sabbath), as state unemployment regulations required. Justice Brennan responded by laying out what is known as a “strict scrutiny” test for such cases. That “test” was a verbal formula to guide courts that were dealing with cases where citizens who were exercising their religious liberty found themselves at odds with existing law and regulations. “Strict scrutiny” put a weighty burden on the government. It had to show that the need for the law and regulation in dispute was “compelling,” that is, extremely necessary and convincing, and further, that no other less restrictive alternative existed that would accomplish the government’s end. The Sherbert test held sway in such cases for three decades. It was the loadstar of free exercise decisions. As such, Sherbert successfully served as a constitutional barrier to laws and regulations that threatened religious liberty.

However, in 1990 in the case of Employment Division v. Smith, a majority of the court created a new “test” for free-exercise cases. In Smith, two employees were fired from their jobs because they smoked peyote as part of a Native American religious service. Peyote was a controlled substance under Oregon law, making its use a criminal offense and disqualifying the two employees from unemployment benefits. They appealed Oregon’s denial of benefits, claiming that their conduct should be protected by the free exercise clause of the First Amendment. The court, with Justice Antonin Scalia writing, ruled that the employees’ violation of Oregon law, even though part of their religious exercise, was not protected because the criminal law they violated was “neutral” toward religion and was “generally applicable” to all.

The Smith opinion did not stop there. It repudiated the three-decades-old constitutional case—Sherbert—and the “strict scrutiny” test. The abandonment of Sherbert produced a firestorm of opposition and shock among First Amendment advocates. Commentators warned that applying Smith would severely weaken protections for the free exercise of religion. The U.S. Congress agreed and passed legislation, the Religious Freedom Restoration Act (RFRA), that it hoped would require the courts to restore the older Sherbert approach wherever law burdened religious exercise. RFRA did require the courts to use the Sherbert approach in cases where federal law burdened religious freedom. But unfortunately, the act was found not to reach state and local laws and regulations that threatened free-religious exercise like those impacting CSS.

In 2021, Chief Justice John Roberts’ majority chose to follow Smith, basing its analysis of Fulton upon the legal framework of that case. Consequently, only two questions were pertinent to the outcome: Were the anti-discrimination policies of Philadelphia, which clearly burdened the religious convictions of CSS: 1.) “neutral” toward religion; and 2.) “generally applicable” to persons and organizations?

The court determined that the requirement of “general applicability” would resolve the case, and therefore did not consider the question of “neutrality.” It found that though Philadelphia claimed to have language against sexual discrimination in its foster-parent contract with CSS, it, in fact, allowed for various exceptions to that policy. Therefore, the court ruled that anti-discrimination policy, with the possibility of exceptions, was not generally applicable because some persons might be excused from its reach. The city failed to meet the requirements of Smith. End of story—or so it would seem. In fact, the majority opinion continued.

The final paragraphs took an ironic and confusing turn. After spending the entire opinion relying on Smith, the unanimous opinion invoked the language of the abandoned Sherbert “strict scrutiny” test. It departed from Smith and embraced Sherbert.

Here is what Chief Justice Roberts’ writes: “A government policy can survive strict scrutiny only if it advances ‘interests of the highest order’ and is narrowly tailored to achieve those interests.” That interpretation reflects Justice Brennan almost word for word, reclaimed from the past to seal the decision. The legal concepts are right out of Sherbert, requiring Philadelphia to prove a “compelling interest” and show that there is not a viable “alternative.” Apparently the majority, having considered various purported “compelling interests” submitted by Philadelphia in its briefs and oral presentations, concluded that they were not compelling enough to override religious liberty. The court stated: “CSS seeks only an accommodation that will allow it to continue serving the children of Philadelphia in a manner consistent with its religious beliefs; it does not seek to impose those beliefs on anyone else … the actions of the City violate the Free Exercise Clause.” Therefore, CSS and Sharonell have their stand for free-exercise rights vindicated. At least for the time being.

If free exercise is so firmly assured by Fulton, why the hard-hitting concurring opinions filed by Justices Alito, Gorsuch, and Thomas that sound more like dissents? First, because the basis for the decision is ambivalent and confusing. How are the justices and, in fact, anyone who reads the opinion supposed to interpret the shift to Sherbert at the end of the majority opinion? Was it just a strategic concession to the conservative justices to get them to concur? Is it a new two-part approach to free exercise by combining Smith and Sherbert? These questions and the apparent continued reliance on Smith place free-exercise litigants in a precarious position.

Obviously, the conservative threesome of Alito, Gorsuch, and Thomas are not convinced by the last-minute nod to the Sherbert case by the Roberts’ majority. Therefore, they trained their analytic guns on Smith and the threat to free exercise that it constitutes. Alito points out, for example, that it is only because Philadelphia’s policy against sexual discrimination allowed for exceptions that CSS escaped being permanently prevented from approving would-be foster parents consistent with its religious commitments. He warns that all that Philadelphia has to do to make its anti-discrimination policy “generally applicable” is to eliminate the exemption power. If that were to happen, Philadelphia’s regulations would be considered generally applicable and Sherbert would not be considered at all. The “protection” offered by Fulton is unsatisfactory and fragile at best.

Alito reminds us that the Supreme Court has at its disposal what he calls “our seminal decision on the question of religious exemptions from generally applicable laws … Sherbert v. Verner.” Alito’s concurrence can only be described as a 77-page tour de force showing the weakness of Smith’s reasoning and its unworkability. He sums up: “I would overrule Smith and reverse the decision below.” Gorsuch, after making similar points with irrefutable logic, says: “Smith committed a constitutional error. Only we can fix it.”

Will the court do precisely that in subsequent decisions? Only time will tell. In the meantime, free-exercise litigants are left with muddled messages from Fulton.

The post Only Two Cheers? Is Religious Liberty After ‘Fulton’ Protected or Precarious? appeared first on DailySurge.