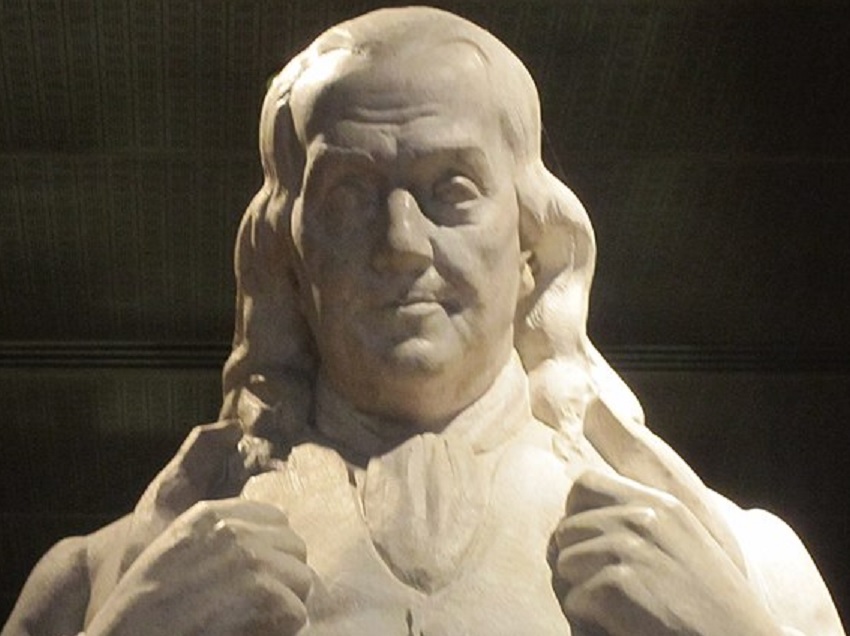 Surge Summary: An age-old question is resurfacing in the current day: Can modern Americans maintain and preserve the Republic which has been bequeathed to them? Courageous governmental leadership needed!

The story has been told and retold. It’s been said that Benjamin Franklin had just walked outside of Independence Hall after the Constitutional Convention in 1787 when someone inquired, “Doctor, what have we got? A republic or a monarchy?” Franklin is said to have responded: “A republic, if you can keep it.”

Historians say the quote actually doesn’t appear in Franklin’s writings, nor was it ever recorded as such in newspaper accounts of his day. According to the Washington Post, it first appeared in 1906 in the American Historical Review. “The Review was publishing for the first time the notes of James McHenry, a Maryland Delegate to the Constitutional Convention. The notes are both more and less specific than the legend,” claims the Post.

The story is intriguing, and I see no reason to doubt its historicity or render it as a legend. It also appears in numerous other works. What seems most important is the question believed to have been attributed to Franklin. It asks every generation of Americans: Can we keep this great Republic?

In a speech by Mark Steyn at Hillsdale College and published by Hillsdale’s Imprimis, Steyn laments “Our Increasingly Unrecognizable Civilization.” He mourns three essential things our Republic has lost: equality before the law, border control, and honest elections.

He notes how a policeman shot a young woman threatening the life of another woman with a knife. Unfortunately, the officer’s identity was released to the public for vilification. Yet another policeman shot an unarmed woman in the U.S. Capitol building on January 6, and his identity is protected.

America currently has no southern border, says Steyn, and no plan to get one.

Steyn speaks truth, hard truth! But he didn’t stop there; he went on to talk about much more. He seemed especially concerned about “the escalation of so-called wokeness,” as he put it.

Here’s what he said about that issue:

“If you look at one of the most startling manifestations of this, transgender fanaticism – which involves, after all, the abolition of biological sex and, I’m sorry to have to say it, the physical mutilation of children – one notices that America is farther down this road than any other country in the Western world. In other words, at this moment of crisis for Western Civilization, or for what we used to call Christendom, the leading country of the free world is pulling the wrong way.

“Think of it. Your daughter has been training since she was a little girl to run in school sports. Now at 17, she’s in the state high school track championships, and you are forbidden even to notice that she’s competing against a woman who is 6’2 with thighs like tugboats, a great touch of five-o’clock shadow on her face, and the most muscular bosom you’ve ever seen. You’re not supposed to notice the craziness of this, and the craziness is at its craziest right here in America.

“We traditionally think of France as being a bit screwy, but today there are French intellectuals who regard themselves as hardcore leftists and yet who think America has gone bonkers on this transgender issue. President Macron himself has said that American wokeness is an existential threat to the French Republic, and he even found bureaucrats in France’s education bureaucracy who agreed. There is not a single bureaucrat in the Department of Education in Washington, D.C. who would agree, but there are apparently a few in Paris.”

Steyn adds that other countries further east in Europe: Hungary, Poland, and the Czech Republic fear the exportation of America’s foolish wokeness.

“But again, even most of our conservative leaders and institutions seem oblivious,” Steyn concludes.

He is so right. Never have I read anyone who speaks with more clarity about the danger this nation is facing.

This year in the North Carolina General Assembly, lawmakers were unwilling to seriously take up the Save Women’s Sports Act, legislation that would have prohibited male students that attend public schools from participating in sports designated for females. The leadership wouldn’t even allow a vote on the bill in committee. But they are taking-up, and even voting on a measure for so-called medicinal marijuana – a proposal which, if it passes – will undoubtedly give our youth the impression there is something good about the harmful drug and ultimately lead to the passage of recreational marijuana. Surely, that’s what we need to focus on – opening Pandora’s box for another ruinous legal intoxicant.

I think this kind of prioritizing by our leaders – this failure to discern between good and evil – what’s urgent and what isn’t – begs the question of whether we really can keep this Republic.

Perhaps what we ought to do this July 4 is skip the barbecues, the beaches, that trip to our favorite vacation spot, and even the fireworks. America is in terrible trouble! Instead, we should fill our churches to pray this isn’t our last Independence Day.

So sorry to be a killjoy, but all the signs are clear. We are losing this Republic.

The post Can We Keep Our Republic? So Far, We’re Losing It appeared first on DailySurge.