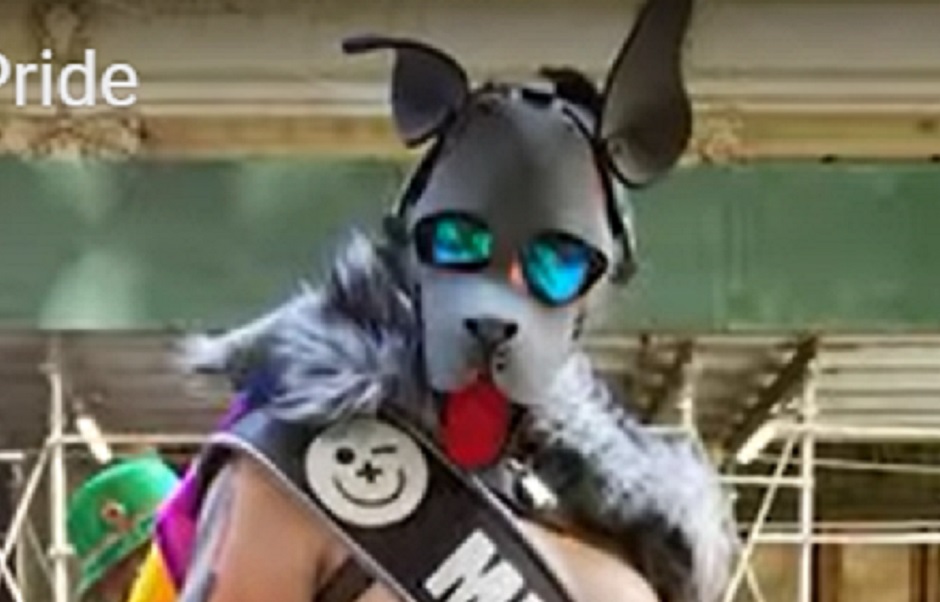 Surge Summary: The direction of much LGBTQ+ activism is becoming increasingly troubling – including acts akin to child abuse.

I recently explained that, as much as I am sympathetic to the goals of gay Americans who feel that they are simply fighting for equality and freedom, I cannot support those goals for two reasons. The first is biblical: same-sex relationships and endless gender variations violate God’s best plan for humanity. The second is social: when we look at the trajectory of LGBTQ+ activism, we see that it ends up going in a very dangerous and destructive direction.

Recently, a man who identifies as a woman shocked patrons at a local spa when he exposed himself to the women and girls there. This led to protests condemning his behavior as well as defending his “rights,” with one protest turning violent thanks to the presence of Antifa.

To be sure, there were many in the LGBTQ+ community who were appalled, saying this is not what they stand for.

As reported on Fox News, Tammy Bruce “a member of the LGBTQ community herself, told Tucker Carlson on Monday that the exchange was troubling to many of her ‘transgender friends’ who found the individual’s behavior offensive.

“My concern here is that the average transgender person, and I have perhaps more transgender friends than some of the people watching the program, they are also appalled,’ Bruce said.”

So, the trajectory of which I am speaking is not that there will suddenly be an epidemic of biological males who claim to be females exposing themselves to women and girls. (Sadly, this has happened in the past, and it’s another reason why biological males should not have access to women’s bathrooms and locker rooms and the like.)

The trajectory of which I speak is the trajectory of social madness, resulting in headlines like this, from the Daily Mail: “Violent clashes break out in LA between rival protesters after viral video showed customer complaining about transgender woman exposing their penis to children in upmarket spa’s steam room.”

Just look at this four-word phrase: “woman exposing their penis” (and yes, never forget that he did this in the presence of girls). What kind of madness is this?

A woman does not have a penis (yes, we need to remind people of this fact these days, since it is hotly disputed). And a single woman is not described by the possessive pronoun “their.”

Of course, some of the absurdity and outrageousness of this whole situation would have been underscored by using correct grammar, hence “woman exposing her penis” (remember the realities of biology!). But using the generic, transgender “their” only heightens the ridiculousness of the sentence.

And what of the dangerous trajectory in which some believe that this man has the “right” to such behavior since, after all, he is trans? Is not this some of the very child abuse of which some of us have been warning for years?

As she explained, “‘A Washington Post op-ed published Tuesday [June 29] celebrates and encourages exposing children to ‘kink culture,’ such as explicit performances at pride parades.

‘Yes, kink belongs at Pride,’ reads the headline of writer Lauren Rowello’s Tuesday WaPo piece. ‘And I want my kids to see it.’”

As for Rowello, Olohan tells us that she is a “‘gendervague’ person who is married to a transgender woman.” Rowello “described how the couple attended a pride parade where their children were confused to see ‘a few dozen kinksters who danced down the street, laughing together as they twirled their whips and batons, some leading companions by leashes.’”

This is parental child abuse, plain and simple, adding to the confusion these kids will already experience due to the gender identities of their parents.

For good reason Ben Shapiro tweeted, “In a sane society, CPS [Child Protective Services] would already be on the way.”

Of course, many in the LGBTQ+ community would be appalled at this as well, but that is not the issue. The issue is trajectory, and the fact is that it was the Washington Post – not even the Advocate or the Village Voice – that published this perverse editorial.

Yes, this is why we’ve been shouting from the rooftops for so many years. Just look at where this all leads.

That’s why others are speaking up as well, most recently Helen Joyce, senior writer at The Economist with a Ph.D. in Mathematics, and so, not one to focus on LGBTQ+ related issues.

Yet she has now written, “Gender self-identification is often described as this generation’s civil rights battle.

“But for a man to declare ‘I am a woman’, and for everyone to be compelled to agree, is not, as with genuine civil rights movements, about extending privileges unjustly hoarded by a favoured group to a marginalised one.

“What we are facing is a fundamental redefinition of what it means for anyone to be a man or woman – the supplanting of biology and a total rewrite of society’s rules, with far-reaching consequences.”

She has actually devoted a soon-to-be released book to the subject titled Trans: When Ideology Meets Reality.

Remarkably, the book carries endorsements from world famous atheist Richard Dawkins, who called it, “A frighteningly necessary book: well-written, thoroughly-researched, passionate and very brave.” Even gay activist Simon Fanshawe said, “If anyone doubts that gender ideology poses a threat to all of us – including trans people – you really should read this book.”

The reality – yes, let’s focus on reality – is that something is terribly wrong with the direction our society is going. If we don’t make a very serious about face, our children and their children will pay dearly.

Will we let this happen on our watch?

The post This Is the Dangerous LGBTQ+ Trajectory That We Have Been Warning About appeared first on DailySurge.