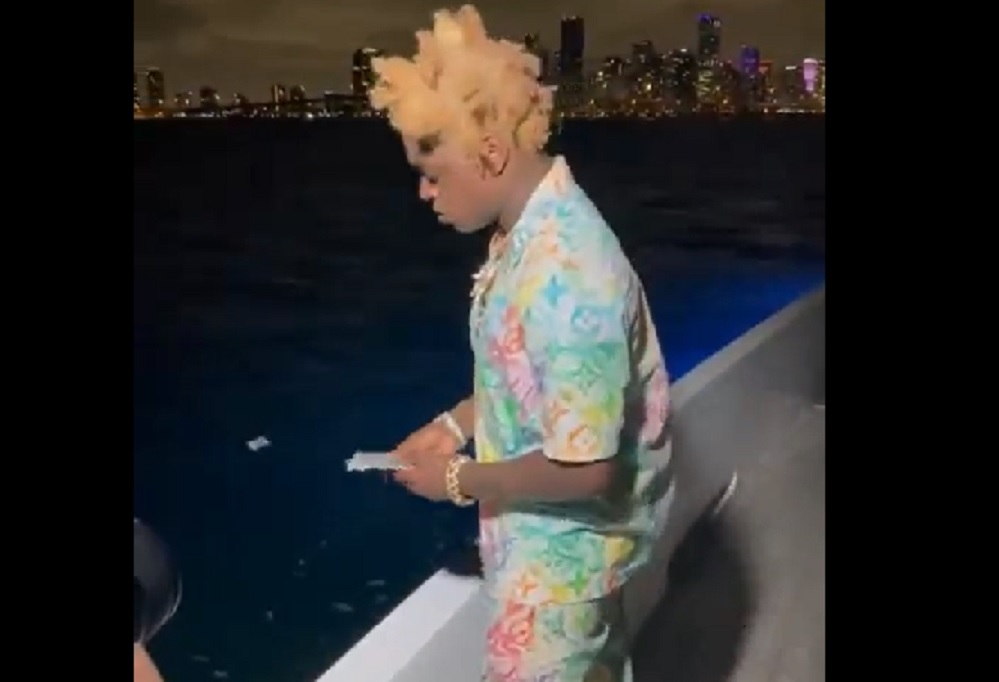 Surge Summary: A recent foolish and bewildering act of waste by a popular rapper prompts some helpful thoughts about money, work and capitalism.

Some people have money “to burn.” Others seem to have enough to throw into the ocean or down the toilet. Such was the case the other day with a rapper, Kodak Black, who was videoed throwing hundred-dollar bills off of a boat into the ocean. Many are wondering, “Now, where exactly was that boat?”

According to complex.com (6/30/21): “It’s unclear how much money Kodak threw altogether, but some people online are claiming it’s somewhere north of $100,000. As if that wasn’t wasteful enough, Kodak proceeded to throw more money away Wednesday morning. In the short clip posted on Twitter, he is seen putting about $1,000 into a toilet bowl before flushing the money.”

Apparently, this publicity stunt had something to do with a feud Kodak Black was having against another rapper. Perhaps this was a form of boasting, along the lines of: “I don’t need you—I’ve got so much money, I can throw some of it away.”

Some interpreted the stunt as an anti-Capitalist statement.

Another tweeted: “$100K in Haiti could build homes for the almost 60,000 people who were left homeless and living in camps since 2010.”

When young people come into a lot of money quickly, they don’t always appreciate the value of a dollar.

The Book of Proverbs in the Bible says, “An inheritance quickly gained at the beginning will not be blessed at the end.”

Since the rest of us spend so much of our time working hard to make money, it’s worthwhile to think through a few key principles about money, from a Judeo-Christian perspective.

When I heard about Kodak Black’s stunt of throwing tens of thousands of dollars into the ocean, I couldn’t help but think of a music video from another singer a few years ago.

I confess I had never heard of Drake until he filmed a music video in Miami, and I personally knew someone who worked on it. The song was called, “God’s Plan,” and videographers captured Drake walking around Miami giving thousands of dollars to real people in need.

Generosity with money indeed fits “God’s plan” much more than just throwing money away to make some point—a point lost on the rest of us who struggle to pay our bills and just make a living.

The post $100,000 Gone with the Wind: Can Rapper’s Foolishness Help Instruct the Rest of Us? appeared first on DailySurge.