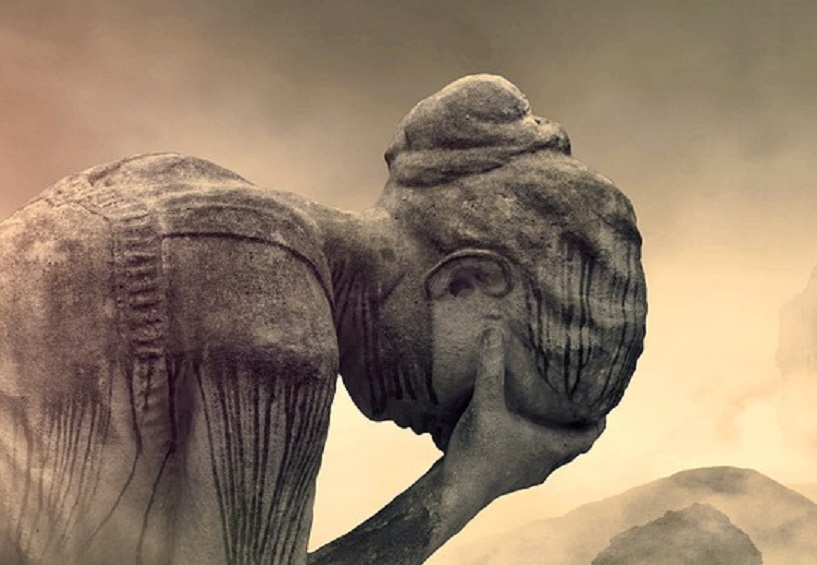 Surge Summary: The Scriptures are clear: God is NOT against sex – but His guidelines regarding it are enduring and He calls all men to obey them. The contrary current state of pop culture doesn’t change any of that.

Audiences were shocked recently when a handsome, athletic young man shared winsomely and unashamedly about honoring marriage and celebrating sexual purity. Amongst 30 guys vying for her affection, this man of God literally brought the lady in waiting to a tearful response.

On a past episode a “Christian” woman shared that she had “physical relations with some of the contestants but Jesus still loved me.” It’s accurate He does (plus everyone else on planet earth) but that does not mean He approves of what scripture clearly prohibits outside the parameters of marriage.

Engaging in premarital sex is a form of fornication and is sin. Multitudes of couples indulge in pleasurable sexual activity and share companionship yet do so without giving what they fear in their heart – commitment.

Recent national surveys reveal the reality that increasingly young people identify more with the carefree chick than the authentic Christian man living by biblical convictions. Where do your children and grandchildren land and are they being influenced more by the culture than commitment to an all-wise Creator Who designed sexuality and directs us on a pathway to an “abundant life” (Jn.10:10)?

Not long ago a mother related to me that her daughter (attending a respected Christian university) mentioned female friends regularly get together to watch these wildly popular dating shows. Where would they fit in the recent surveys?

Pew Research found: Half of self-identified “Christians” in America believe casual sex is sometimes or always acceptable. Casual sex was defined as “consenting adults who are not in a committed romantic relationship.” If you’re a parent, guardian of grandparent perk up.

Pew Research also published the results of a national survey among 18 to 31 year olds regarding living together. A whopping 78% of young Americans said that cohabitation before marriage is fine. As school restarts, might you need to rethink where you’re sending them and what kind of friendships and peer pressure they’ll encounter?

The hot movie in America right now is “A Quiet Place 2” starring Emily Blunt. The beautiful starlet whose last film was Disney’s “Mary Poppins Returns” moved in with singer Michael Bublé for a few years before they went their separate ways. She then married her costar in this film John Krasinski.

With the upcoming Olympics, swimming superstar Michael Phelps is again in the news. Previously he and his “lover” Nicole Johnson announced they were having an out of wedlock baby.

On a regular basis you can glance at the Dear Abby advice column and read items similar to the following: “My girlfriend and I are getting ready to move to a new city in six months… We plan to move in together.” Abby’s answers simply accept this as the new norm.

For those who think the tentacles of pervasive and celebrated sexual immorality have no effect on their vulnerable young people, allow me to gently but firmly beseech you to “wake up and smell the coffee.”

The second book I authored was “Straightforward: Why Wait till Marriage?” That was 43 years ago and what I communicated then hasn’t changed one iota because it’s rooted in the Word of God! When one of our children recently got engaged we celebrated the positive virtue of virginity which we’ve shared with scores throughout America and abroad.

I’ve always been passionate to put into the hearts and minds of young people that it is a myth that God is against sex and that He’s a celestial killjoy bent on devising rigid rules to put us into a straightjacket and make us miserable. Rather than restrictions, “His commandments are not burdensome” (1Jn. 5:3) but protective guardrails, expressions of His love that empower us to enjoy success with sex as He designed it for the right place with the right person at the right time. The Great Deceiver whispers, “Indulge yourself!” The Good Shepherd warns, “Control yourself.”

We must have the courage to reject the pernicious propaganda today: “Times have changed. We’re free to do what we want. God is love – He understands. We’re not just hot and heavy – we’re in love. Everybody’s doing it. We’re gonna’ get married eventually….I think. Hey if we get pregnant, we’ll just get an abortion. Like buying a car, you gotta’ try it out. What difference does a piece of paper make? We’re older… mature… not ready financially. Don’t be legalistic – it’s not a sin!”

• “And do not let sexual immorality, or any impurity, or greed be named among you, as these are not proper among saints” (Eph.5:3).

• “Marriage is to be honored among everyone, and the bed undefiled. But God will judge the sexually immoral and adulterers” (Heb.13:4).

• “One final word, friends. We ask you – urge is more like it – that you keep on doing what we told you to do to please God…You know the guidelines we laid out for you from the Master Jesus. God wants you to live a pure life. Keep yourselves from sexual promiscuity. Learn to appreciate and give dignity to your body, not abusing it, as is so common among those who know nothing of God” (1Thess.4:1-5 Message).

Here’s the deal: Pray fervently that we live morally pure “in the midst of a crooked and perverse generation” (Phil.4:15). Pray also for those surrounding us to be rescued from the seduction and suffering that come not immediately but inevitably if we disregard God’s clear directives for our good and His glory. I invite you to take 5 minutes to watch with your family and those in your church (especially youth!) YouTube episode 14 “Living Together” at Bullseyechallenge.com. Do it today then go for the gold God intends for you, your future and all those you influence.

The post Buckle Your Seatbelt: Shocking Stats on Casual Sex, Living Together appeared first on DailySurge.