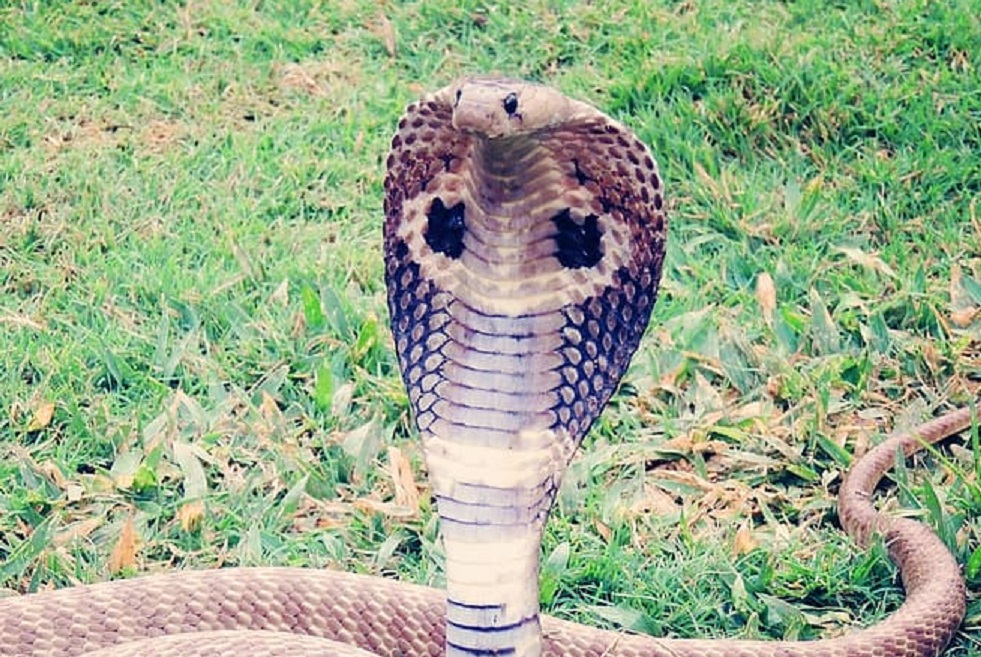 Surge Summary: Some people push “medical marijuana” as an almost miraculous cure for a variety of physical and psychological maladies. But there is a dark side to this story – with more concerns being raised as time passes.

Last week, a venomous spitting zebra cobra escaped from a home in Raleigh. The snake was later spotted on the porch of a house about a half-mile from the residence where it got away. It was recently captured, but the situation caused quite a stir in The City of Oaks. People were rightly wary and afraid. Now state lawmakers are taking measures to make sure state laws sufficiently address the containment of private ownership of venomous reptiles.

The irony of this happening at the same time lawmakers are considering a proposal to pass a so-called medical marijuana law in the Tar Heel state shouldn’t be missed. At recent hearings in the Senate Judiciary Committee, numerous people who suffered from various debilitating diseases testified in favor of SB 711 – NC compassionate Care Act, saying it had almost miracle-type powers to ease their pain. Their testimonials were compelling and heart-wrenching, and seemingly persuasive for some Republican lawmakers who had not been open to the passage of medical marijuana legislation in the past.

To be more exact, a study published by the Journal of Psychiatric Research in 2019 discovered that dependent Iraq/Afghanistan-era veterans have an increased risk of suicidal thoughts and attempted suicide. A National Academies of Science report in 2017 found little evidence that marijuana was effective in treating PTSD.

“What about the idea of marijuana as medicine? The issue is complex and charged. In reality, there are components of marijuana that do have medicinal value. If you have six months to live, you’re thinking about any option available to you that can be of help, medicinal or not. But there’s a sinister side to this seemingly compassionate policy.”

Sabet tells the story of Helen, a mother desperately trying to find help for her daughter Caroline, who experienced multiple migraines that were utterly incapacitating. “Nothing really helped, not a slew of prescribed medications,” writes Sabet. “That’s when Caroline began smoking pot.” It was the only thing, Caroline said, that helped her migraines.

Caroline had been smoking pot without her mother’s knowledge. So, Helen pursued a recommendation from a doctor in Manhattan, who recommended its use as a medicine for Caroline. Furthermore, Helen’s daughter’s therapist told her everyone was doing it. Her brother in the pharmaceutical industry said it was a good thing. Caroline’s doctor endorsed it. Even Caroline’s school was accommodating her use of cannabis.

“Pretty soon, Caroline wanted to get high all the time – even when she wasn’t suffering from migraines.

“She began vaping multiple times a day – at home, at school, wherever she was.

“Caroline’s behavior became increasingly erratic. She would wake up in the middle of the night, screaming for no apparent reason. If she ran out of pot, she would rummage through the apartment, drinking anything she could find – tequila, beer, whatever. She kicked in a full-length mirror in the bathroom, shattering it. In a rage, she flung a hot cup of tea across the room.”

Police were called to take Caroline to the hospital. Tens of thousands of dollars have been spent on treatment.

“Even now, with Caroline at the age of sixteen in an outpatient program that includes drug monitoring, it’s touch and go…The marijuana certainly put Caroline on a direct path to mental illness,” says Helen.

Undoubtedly, proponents of medical marijuana will disparage this story by associating it with the old cult classic “Reefer Madness,” the movie. Nevertheless, Caroline’s story is not uncommon for those who started using marijuana as medicine. We could rightly conclude there are, conservatively speaking, as many stories like Caroline’s as there are of those who say marijuana has helped them.

Most assuredly, this is why the American Medical Association “believes that cannabis for use should not be legalized through the state legislative, ballot initiative, or referendum process.” The American Academy of Pediatrics “opposes the legalization of marijuana.” The American Academy of Neurology says, “The AAN does not advocate for the legalization of marijuana-based products for use in neurologic disorders at this time…as further research is needed to determine the benefits and safety of such products.” The American Psychiatric Association says, “[T]here is no current scientific evidence that marijuana is in any way beneficial for the treatment of any psychiatric disorder.”

This is not to mention all of the harmful effects of marijuana use that most Americans know very little about, and science is discovering more and more with each passing day.

There’s so much more to add which accurately counters the barrage of anecdotal evidence being touted by medical marijuana proponents. Nevertheless, it’s quite apparent that for many, the prospect of marijuana as medicine is a beautiful thing. Most of the data available, however, is telling us its appeal is deceitful. It’s a spitting venomous cobra, and state lawmakers shouldn’t let it out of containment. Medical marijuana will turn it loose, ultimately leading to recreational pot where it will roam freely almost anywhere.