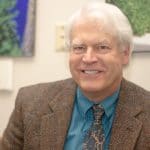 Surge Summary: President Joe Biden has reversed a sizable part of the energy policy that was so successful under Donald Trump – which is bad for America on a number of levels.

In watching President Joe Biden’s initiatives to curb Americans’ access to oil and natural gas, I thought of the late Yogi Berra’s famous quip, “It’s déjà vu all over again.”

Twelve years ago, during the first half-year of the Obama presidency, I wrote a piece titled, “Economic Strangulation: The Environmentalist/Democrat War Against Energy.” It documented the various ways in which the Obama administration suppressed domestic production of oil and natural gas. After a reprieve from such policies during the Trump presidency, President Biden has wasted no time reinstating Obama-era restrictions and, if anything, expanding upon them.

President Obama canceled and suspended oil and gas leases on federal lands and waters just one month into his presidency. Biden one-upped Obama by signing Executive Order 14008 after only one week in office. EO 14008 included these actions: “Immediately, 2021 first quarter lease sales in several states were cancelled; the Gulf of Mexico Outer Continental Shelf lease sale set for March 2021 was cancelled; and work on environmental review for an Alaska Outer Continental Shelf sale scheduled for later this year was halted. On April 21, 2021, the BLM also cancelled all 2021 second quarter lease sales.”

On June 16 a federal judge issued a preliminary injunction that has paused Biden’s pauses on drilling. Responding to a lawsuit challenging the Biden ban filed by Louisiana Republican Attorney General Jeff Landry and officials in 12 other states, U.S. District Judge Terry Doughty’s ruling declared that the Biden EO failed to provide “any rational explanation” for canceling the lease sales.

Judge Doughty’s frank words point directly to the nub of the issue. While the Biden administration has no “rational” reason for impeding the development of the USA’s vast hydrocarbon reserves, it has a strong ideological reason for doing so: Team Biden, like the hardcore environmentalist movement, is fanatically opposed to the idea of Americans having access to abundant and affordable domestic supplies of reliable energy. That overall bias comes into focus if one looks at other Biden energy policies.

On his very first day in office, Biden issued an EO that scuttled the Keystone XL Pipeline that was to transport Canadian crude oil to American refineries. On June 1, Biden banned drilling for oil in the Arctic Wildlife Refuge. (In a case of tone-deaf timing, that ban was announced on the same day that the price of oil rose above $70 per barrel for the first time in two years.) And on June 23, The Wall Street Journal reported that the U.S. Fish and Wildlife Service is resurrecting a dubious Obama maneuver to exploit the Endangered Species Act to restrict fossil fuel development on millions of acres of land. (Actually, the greater danger to winged wildlife are wind and solar energy installations.)

In my previous article, I wrote about Biden’s intention of reviving Obama’s failed economic policies. His various initiatives against fossil fuels is, to use a loaded word, a “carbon” copy of Team Obama’s hostility to fossil fuels. Recall the disdain that Obama’s first secretary of energy, Steven Chu, displayed toward American motorists when he stated, “Somehow we have to figure out a way to boost the price of gasoline to the levels in Europe” (i.e, $6-$8 per gallon). And remember when Obama himself pronounced that Americans “can’t drive our SUVs … and keep our homes … 72 degrees all the time?” Displaying the elitist attitude that rules apply only to you and me, but not to powerful people, Obama kept the White House so warm that his senior advisor David Axelrod defended his boss, saying, “He’s from Hawaii, okay? He likes it warm. You could grow orchids in there.”

In addition to adopting policies to restrict the supply and raise the price of fossil fuels, and the grating attitude whereby elites lecture us about the evils of fossil fuels while not making any personal sacrifices for the cause, President Biden seems to be trying to undermine U.S. energy independence. We used to be dependent on oil from the Middle East. Then the United States essentially achieved energy independence. Under President Biden, however, U.S. independence is in retreat. We currently are importing record amounts of oil from one of our country’s major geopolitical rivals, Russia. In addition, Biden is rushing pell-mell to convert U.S. electricity generation to solar and wind power, which could make us increasingly dependent on rare-earth metals from our number one geopolitical danger, the increasingly aggressive China.

If you want to pay higher prices for energy and leave our country vulnerable to unreliable and potentially hostile suppliers, then the Biden administration’s return to the Obama administration’s policies opposed to domestic production of hydrocarbons is exactly your cup of tea. For Americans who want inexpensive, abundant, domestically produced reliable energy, Biden’s anti-fossil fuel policies are costly and counterproductive.