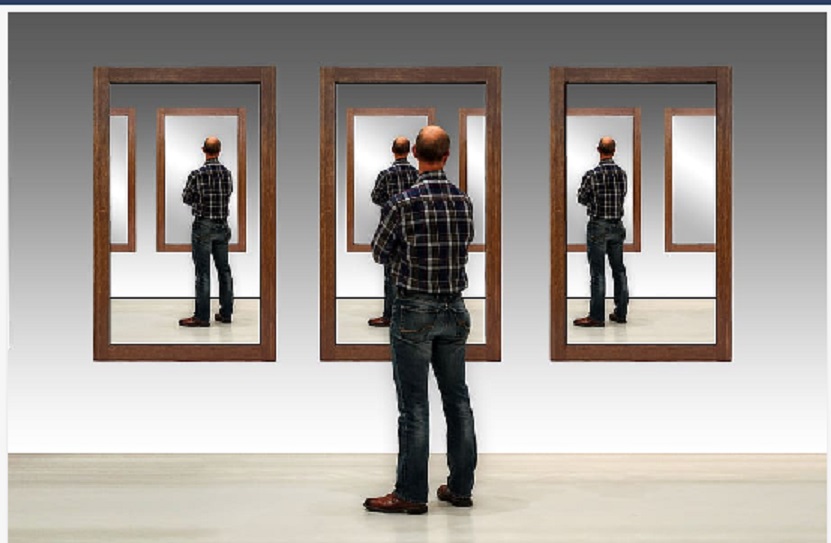 Surge Summary: Nobody should be ashamed of the ethnicity or color of which he/she were born. White, European culture has contributed much to make a better world – and it’s okay to acknowledge that. Trying to preserve traditional American culture is a good thing.

I am weary and wary but not wrong over false accusations, even silly charges against Whites, a group to which I belong through no fault of my own. It’s time to call out the racists—Blacks and Whites— who hide their self-hate, anger, inferiority, or bigotry behind the fig leaf of contemptible accusations of white people. It seems Whites are responsible for everything including, but not limited to, sunspots, dandruff, arthritis, and sandstorms in Saudi Arabia.

We are told, in essence, that Whites are born with a bulls-eye on the back of their heads because they are white.

Let me remind my readers that most of the good things we enjoy in the free world were accomplished by “dead white men.” No, not all things, but most things were accomplished by white men, not non-whites or non-men. It is not politically correct to assert such, but only a fool, fanatic, or falsifier denies it. Others will agree it is true but don’t want it spoken because the truth offends some people.

Too bad. Welcome to the real world. Being offended won’t kill anyone, and they will get over it sooner or later. If not, such is life. And I’m tired of minorities who constantly ridicule white people to make themselves feel superior. They have invented a false history of self-aggrandizement in which they celebrate, although during occasional seizures of honesty they know it is all make-believe.

But they feel better.

For schools to teach that to be white is a curse, a shame, and something to overcome is outrageous, odious, and offensive. Every person with any connection to such a farce should be fired and forever forbidden from the classroom at all levels. Any preacher who is so stupid to teach it should be tarred and feathered and run out of town on a rail. Any media person who stoops so low in promoting such absurdities should be forever doomed to do the weather in a remote station in the Aleutian Islands. Additionally, they should be forced to perform with a Jeffrey Toobin Award hanging from their neck.

Facts are inflexible and honest people accept them even if they are embarrassing. There are good and bad people of all races in all strata of society. Moreover, everyone should make whatever changes necessary to leave this world better because he was here. I believe the most immediate and permanent change is genuine Christian conversion that impacts every area of life. Others will refuse that approach and try everything from Atheism to Zoroastrianism.

Each American has a right to be wrong.

Other fanatics campaign for an amalgamated society with no variance except a slight difference in the hue— not black, red, or yellow and not white for sure. That sounds so cosmopolitan, multi-cultural, progressive, unnecessary, gratuitous, and so self-hating. If God permitted each of us to be born as we are, is it wise to tamper with that arrangement? What is wrong with keeping the status quo? What’s wrong with having the original plan of various hues?

After all, there is a black continent made up of 52 nations, and no one is suggesting they become whiter or less black. We have many Asian countries basically made up of yellow-skinned folk, and no one is suggesting they be mongrelized.  So, why not keep America basically, as it is with all the various hues and colors? Why must Whites be assimilated? No one can prove any such achievement would be advantageous to society.

Let’s keep it the way it is through voluntary choices: Whites, 75%; Blacks, 12%; Hispanic, 11%; American Indian, 10% and Asian, 3.6%. If a Black chooses to marry a white person, then go to it but don’t try to force us through governmental action or even social intimidation to ridicule, repudiate, and reject Whites to arrive at a very dubious social experiment.

Most of us would say it is permissible if a Black wants to marry a white person liking all that goes with such a union. So, why is it wrong if a White decides to only marry another white person, or a Black decides to only marry another Black person, wanting what goes with that—the heritage, the color, the family connections, preservation of a group, etc.?

In recent years, in collaboration with the feds, environmental zealots went to contemptible extremes to preserve the spotted owl, snail darter, and the yellow belly sapsucker, so why not keep America as the land of the free and the home of the brave? Why is it admirable for American Indians, Hispanics, Blacks, Arabs, and others to loudly proclaim their ethnicity, but when a white, English-speaking person does so, everyone treats him like a bigot? This is a subject no one wants to handle. It’s like an elephant sitting in a formal living room that no one admits is there! While I don’t want to be identified with white supremacists, I think it is proper and desirable to keep the white heritage and culture alive.

It is appalling that white people have apologized for being white. Is it prima fascia evidence that we hate people if we think being white is just as good as black, brown, etc.? There are far more nations populated by people of color than white nations. Why not have a majority white nation here and there around the globe?

Hispanics, Blacks, American Indians, etc., should be proud of their nationality and race; after all, God made them that way. So would you mind if I believe the same thing about being white and English speaking? And why make America into another Spanish-speaking nation? Are there not enough of them south of the U.S.?

New immigrants to the U.S. should learn to speak English. That is the least they can do. Teddy Roosevelt suggested that any immigrant who did not learn English within five years of his arrival should be shipped back home! Tally Ho, Teddy!

My grandchildren have a right to live in a nation similar to what I knew, so I don’t want them to see our culture changed to that of the seventh-century Arabian Desert or a Third World African nation. It is not unreasonable to expect America to reflect the America where I grew up.

Yes, I believe America is superior to all other nations, even with some nut jobs running around declaring otherwise.

It can’t happen, but I would like a return to the relative innocence of the 1950s when we once again believe that there is a difference between right and wrong, and we have a moral responsibility to choose the right. We can discriminate because we will make value judgments about cars, music, television shows, politics, and even religion.

With the massive increase in legal and illegal immigration, we are going to lose our national identity. Some think that is good. I’m not one of them. People from Europe immigrating to the U.S. are much easier to assimilate than most Latin American, African, and Middle Eastern nations. Only fools say all immigrants are equal. My critics will say that is evident proof of bigotry and hatred, but it is a statement of fact. And anyone’s refusal to recognize such truths clearly indicates closed-mindedness or prejudice.

The proponents of the salad bowl theory tell us that one culture or religion is just as good as another. My critics tell us a 300-member Stone Age culture with all its barbarism, brutality, and backwardness is just as viable, valuable, and virtuous as our modern, urbane, sophisticated society with elevators, airplanes, automobiles, hospitals, MRI machines, computers, etc. Likewise, the voodoo cultures practicing witchcraft, shamanism, demonism, pantheism, etc., are acceptable and on par with Christianity. I don’t believe that either.

I believe that some immigration is acceptable, although I would stop it for five years, and people who want to blend with our culture should have priority. Most Americans want a cultural and national melting pot, not a salad bowl. If we continue with unrestricted immigration, legal and illegal, this melting pot will become a chamber pot. (If you don’t know, search it.)

There should be rules, restrictions, and requirements for immigrants. While restricting immigration, we should elevate our entrance requirements whereby all immigrants must sing in English all the verses of “America, the Beautiful” and whistle the National Anthem simultaneously–with a mouthful of saltine crackers! Well, maybe not quite that extreme, but almost!

Immigrants who demand we be sensitive to their feelings when they don’t give a flip about ours are wearisome. We have our own language, lifestyle, culture, music (such as it is), and I am weary of foreigners who enjoy all the many benefits of our nation and are not sensitive to our feelings. America opened her collective arms and invited anyone and everyone to her shores with no questions asked and no obligations required, all in the name of multiculturalism and non-discrimination. We have been fools and are watching American culture being denounced, denigrated, and destroyed in front of our eyes. That must stop!

We are often told that new immigrants are offended when we sing patriotic songs, fly the American flag, and pray to Christ. Too bad, no one gets through life being unoffended. This is a big world, so they can move someplace else. I’ve seen plenty of empty space on the Arabian Desert!

I was born white and will probably stay that way until I die. What hue or color I then become, I don’t care. While I am embarrassed by some white Americans, I am generally proud of whites’ accomplishments. I will treat all people with respect until their actions prove them to be jerks, crooks, liars, incompetents, charlatans, frauds, quacks, or Progressives.

Moreover, I am not ashamed of being white and have no reason to apologize. That won’t happen if there is a Great Freeze in a place the Bible speaks about or if all the shrimp in Louisiana learn to whistle Dixie in harmony.

No guilt, no hatred, no fear, no apology.

(Dr. Don Boys is a former member of the Indiana House of Representatives who ran a large Christian school in Indianapolis and wrote columns for USA Today for 8 years. Boys authored 18 books, the most recent being Muslim Invasion: The Fuse is Burning!  The eBook is available here with the printed edition (and other titles) at www.cstnews.com. Follow him on Facebook at Don  Boys, Ph.D., and visit his blog.  Send a request to DBoysphd@aol.com for a free subscription to his articles, and click here to support  his work with a donation.)

The post Endangered Species? A White Man with No Guilt, No Hatred, No Apologies appeared first on DailySurge.