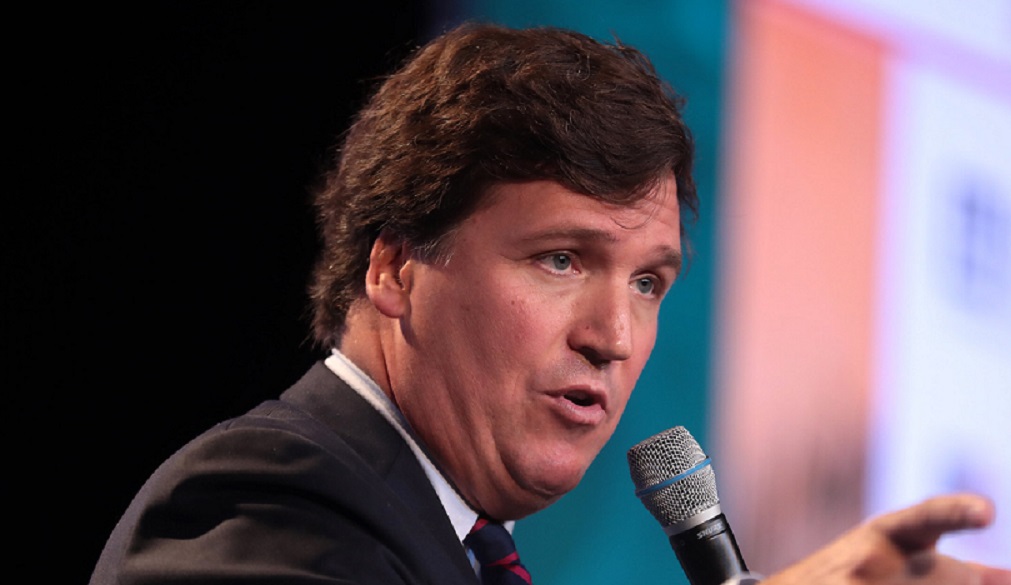 Surge Summary: Some of the same group of so-called conservatives who cannot say a complimentary word about Donald Trump are now going after Fox News commentator Tucker Carlson.

For conservatives, there’s a big difference, however. If it’s the front page, the article will be a hit piece, likening you at best to a Scrooge and at worst to Hannibal Lecter. In Style, it’s likely to be a puff piece.

Years ago, the American Spectator’s late, great Washington correspondent Tom Bethell (who died in February), coined the Strange New Respect Award for “once-reliable conservatives who won liberal praise by adopting liberal policies. Of a sudden, an erstwhile Neanderthal would be treated in the Washington Post as someone who was no longer ‘simplistic’ and ‘shrill’ but rather a figure who had ‘grown’ and showed himself to be ‘nuanced.’”

Winners included Supreme Court judges, Congress critters and pundits who earned “strange new respect” for selling out to the Left. Right now, the Supreme Court list ought to grow considerably.

Anyway, this past Thursday, Fox’s top-rated talk show host, Tucker Carlson, did not get the Strange New Respect Award. He got a front page hit piece, with three full pages inside, all trashing him with no balance whatsoever.

The theme was obvious in the headline: “How Carlson became voice of White grievance.” For good measure, the subhead said, “Fox News host is shaping a GOP energized by racial resentment.”

So, salute Critical Race Theory, the Biden/Harris Democrat Party’s open borders, socialism, mandatory vaccinations, the LGBTQ activists’ remaking of schools and the military, and climate change hysteria or you’re a racist and probably a child molester.

Bill Kristol, who founded the conservative Weekly Standard magazine but became one of the most strident Never Trumpers, helpfully called Tucker a “dangerous” and “very talented demagogue” who fans the “flames of resentment and hatred…. close to inciting hatred of other Americans.” Way to spread the love, Bill.

The article noted that Tucker criticized Mark A. Milley, chairman of the Joint Chiefs of Staff, for his comments in June before a congressional committee. The general wanted to study how “White rage” triggered the Jan. 6 Capitol riot.

The Left blames “White supremacy” for everything from voter ID laws to the heartbreak of psoriasis. The good general is a perfect fit for the Biden Administration’s project of turning America into Venezuela so that Bernie Sanders and Michelle Obama can be proud of their country again.

Coincidentally, in the very same edition of the Post, Gen. Milley himself was featured, comparing President Trump’s rhetoric to Adolf Hitler’s. Yes, he did. A book excerpt revealed that Milley likened Trump’s complaints about election fraud to Hitler’s use of the 1933 attack on Germany’s parliament building to establish a Nazi regime. “This is a Reichstag moment,” Milley told aides. “The gospel of the Fuhrer.”

It’s been a Reichstag moment, all right, but with the parties reversed. Democrats have used the Capitol riot to demonize half the country. They built a wall around the Capitol and kept troops there unnecessarily for months, just to let us know our place. People are still rotting in jail without facing trial.

Nancy Pelosi is hatching a hyper-partisan investigation while ignoring the hundreds of BLM/Antifa riots during 2020 that resulted in billions of dollars in damage, hundreds of wounded police and dozens of murders. Only she and her colleagues count as riot “victims.”

For four years, the Washington Post has pushed the discredited “Russian collusion” scheme while labeling any and all allegations of 2020 election fraud as “false” or “baseless.”  The paper employs a stable of fake conservative columnists who attack actual conservatives like Tucker on a daily basis.

George Will, who won his Pulitzer back in 1977 when he passed for a conservative, is the dean of this bunch. He called the Trump Administration a “gangster regime” and blamed Mr. Trump’s rhetoric for triggering the 2019 mass shooting at a Wal-Mart in El Paso. Normally erudite, Mr. Will froths at the mouth whenever Mr. Trump is mentioned. He called on voters to “dispatch his congressional enablers” and turn the Senate over to Chuck Schumer’s Democrats.

Michael Gerson, a former speechwriter for George W. Bush, called Mr. Trump “the hater-in-chief” and described Tucker Carlson as anti-Semitic for opposing illegal immigration. Tucker said the Democrats are deliberately allowing mass immigration. Mr. Gerson said this was evidence of “white-supremacist replacement doctrine,” adding that, to people like Tucker, “‘The Democratic Party’ means liberals, which translates into Jews.” Mr. Gerson sure knows how to connect the dots. In his Oct. 16 column, “The conservative case for Biden,” he trashed the GOP, saying all elected officials who “enabled Trump” needed to be “thoroughly defeated.” Happy now?

Then there’s Max Boot, who described himself as a “lifelong Republican” until Trump was elected. Mr. Boot said he was voting for Joe Biden, and pleaded with voters to punish the GOP by turning the entire government over to Democrats. He said the political center of the country has shifted left because of “systemic racism, COVID-19 and global warming.” A self-proclaimed atheist, he asked in a 2019 column, “is there any reason to believe that China is a less moral place than the United States?”

Kathleen Parker, who earned her spot on the Post’s op-ed page by trashing Sarah Palin, has become a reliable leftist. In March, she called Wisconsin Republican Sen. Ron Johnson a “racist” for differentiating between the Capitol mob and the far more violent Black Lives Matter and Antifa rioters. In June, she defended Critical Race Theory, insisting that it “isn’t intended to alter the facts but rather to more completely illuminate them.”

All this is to say that when the Post attacks someone the way they’ve gone after Tucker Carlson, it means he’s doing something right – like telling truths they’ve been actively suppressing.