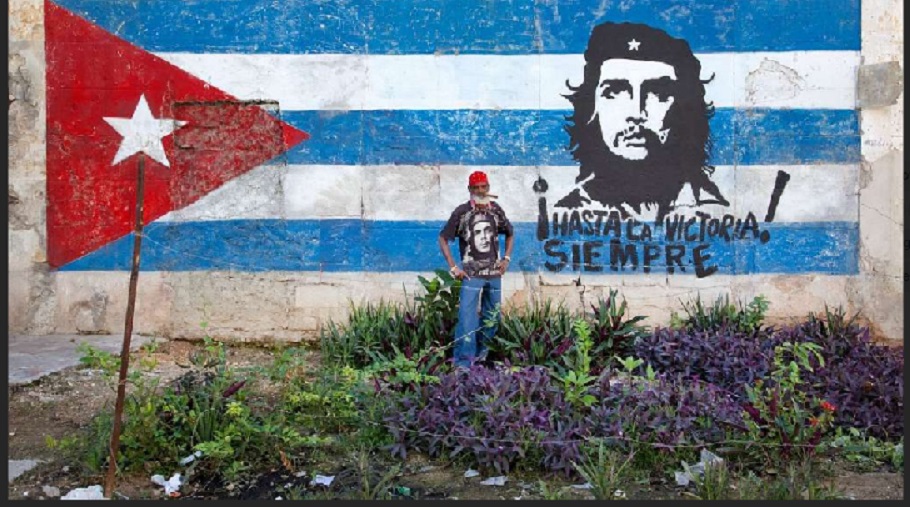 Surge Summary: As the people of Cuba are rising up against their oppressive Communist government — many of them are looking to America as a symbol of hope and freedom — here in the USA not a few Leftists can’t bring themselves to denounce the tyrannical regime that has held the island nation in bondage for over sixty years.

As the Cuban crisis unfolds, we are seeing an unprecedented number of protesters. Some of these dissidents could lose their lives for their bravery.

A friend from church is from Cuba. Carlos was a political prisoner for 18 months in his home country. His crime? Trying to escape Cuba. Eventually he did get to escape.

I asked him about today’s protests. He said, “62 years later—this is the first time the people arose. It’s not over. At least they’re not afraid to protest any more. At this point they have nothing to lose.” One would add—except for their lives.

He said that the word from inside Cuba is that many protesters have been killed “left and right.”

Some of those Cuban protesters have even carried American flags—as a symbol of freedom. Protesters against Communism in Hong Kong a year or two ago also waved American flags. Ironically, many American leftists protest the flag. But in the face of Communist oppression, these dissidents see the American flag in a positive light.

There are some American apologists for the Cuban Communists. New York Congresswoman, Alexandria Ocasio-Cortez (AOC) sent out a tweet (7/15/21) claiming to sympathize with the Cuban protesters. But she blames the U.S. embargo against Cuba for their situation, while never condemning communism—the fountainhead of all the Cubans’ miseries.

I asked Carlos what he thought about statements like AOC’s. He said, “It’s hard to listen to these people. They have no clue. They never lived it.”

I asked him about Cuba’s alleged progress for its citizens, like its much-touted health care system. He said, “Everything they hear is from the government press. There’s no free press in Cuba.”

Black Lives Matters (BLM) also spoke out about the Cuban crisis—and blamed the U.S. embargo against Cuba, not the Communism that enslaves the Cubans. BLM had previously tweeted “Rest in Power #FidelCastro” after the brutal dictator’s death in 2016.

Florida Senator Marco Rubio, whose own family fled Castro’s Cuba, tweeted the other day, “My office stands ready to help the leaders of the Black Lives Matter organization emigrate to #Cuba.”

The founder of the misguided 1619 Project actually claimed that Communist Cuba had solved racism in the island state and was a model to the rest of the Americas.

Nikole Hannah-Jones, architect of the 1619 Project, said, “If you want to see…the most equal multi-racial country in our hemisphere, it would be Cuba.” So Communist Cuba solved the race problem.

Outspoken socialist Senator Bernie Sanders defended Communist Cuba on “60 Minutes” last year: “It’s unfair to simply say everything is bad…When Fidel Castro came to office, you know what he did? He had a massive literacy program. Is that a bad thing? Even though Fidel Castro did it?” So Communist Cuba solved the illiteracy problem. What a marvelous Utopia, according to these dictator-coddling leftists.

Perhaps the biggest argument against the apologists for the Communists are the Cuban dissidents themselves. Through the years many of them have paid a high price to try and attain the God-given desire to be free.

I live in South Florida, and one time I came across an unbelievable sight at the beach. This was in August 1994 when many desperate refugees were trying to flee from Cuba on makeshift rafts.

I stumbled across one of these ramshackle contraptions off the shores of Deerfield Beach (north of Ft. Lauderdale). It is about 300 miles or so away from Cuba. This raft reflected the anguish that its makers must have felt.

It was composed primarily of three wooden doors. There was some sort of Styrofoam-like substance at the bottom to keep it afloat. One of the doors was at the bottom of the structure and the other two made up the raft’s sides, with pieces of wood nailed across to serve as crossbeams. Some of the wood used included wooden shutters. It was literally as if someone had torn apart his own home (under cover of darkness) in order to put this thing together.

Then they would have had to float or row in the treacherous waters, in the grueling sun, with the potential threat of sharks along the way, to try and get here into America. Why? So that maybe—just maybe—they could get a chance to enjoy what you and I enjoy every day. Freedom. The chance for a better life. Something entirely lacking in Cuba, despite the fawning (and vacuous) portrait of some mythical worker’s paradise painted by socialists like Bernie Sanders and AOC. We should pray for the Cuban people to be free one day. Hopefully sooner than later.

The post Situation in Cuba Makes Clear: Apologists for Communists at Work in United States appeared first on DailySurge.