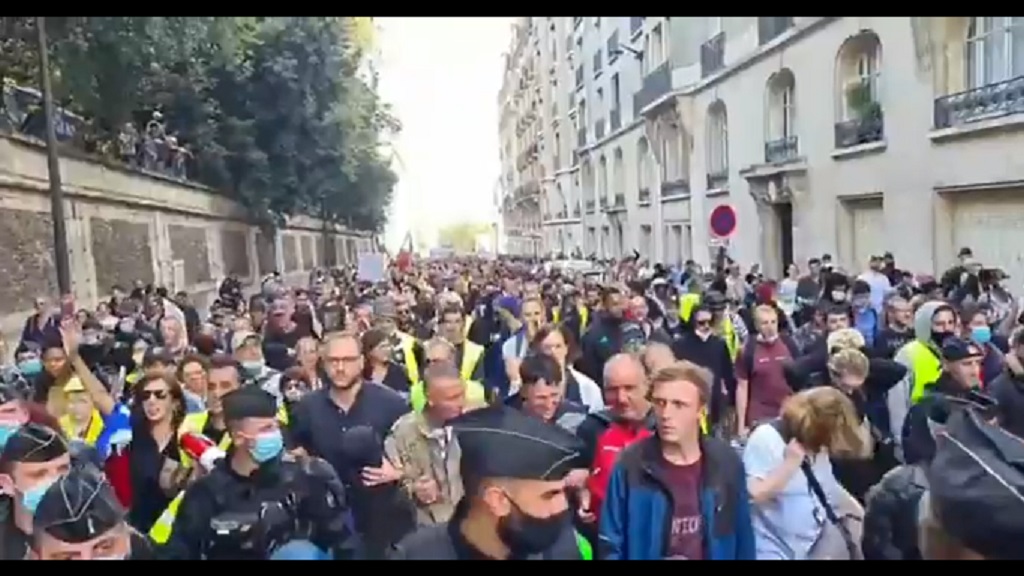 Surge Summary: Around the world, contrary to what the establishment media is peddling, people are pushing back against overreaching government efforts regarding COVID-19.

“Their cruelties are swelling our ranks.”

Recently, a friend of mine sent me an article reporting on how the people of France are running to get their vaccinations (People must beware as to what narrative that they are fueling; Numbers 13:32).

Of course, this is what they are doing and, once again and right on cue, the useful idiots would have you believe what is the furthest thing from the truth in hopes of neutering and paralyzing the masses. This is what would you expect from those who have long lost their propaganda narrative (Ephesians 4:14).

They would have you believe that you are the only one refusing their experimental injections (2 Timothy 1:7). This is an attempt to single you out and to ostracize you.

Simply put, cause the enemies to our global agenda, say they, to believe that there are more of us then there are of them (Isaiah 5:20; Jeremiah 11:9).

As I have shared with our readers in the past, the people are growing in defiance on a global basis to their plandemic and furthermore, they know it and are becoming desperate in their attempts to wield more control in their corralling.

Germany In Defiance Toward Tyranny: In Case You Were Under The Delusion That Everyone Is Just Going Along With It! (Pictures)

The fact of the matter is that the police in France are even laying down their shields and joining in with the 100,000 marchers (Exodus 1:12).

To further report what it is that the Mockingbird media means to withhold from you, remember that the masses are saying that they have had enough of this criminal conspiracy.  Greece, Belgium, Australia, The U.K., Romania, France, Germany, Israel and now the United States are standing up in defiance to this global tyranny (Romans 12:21).