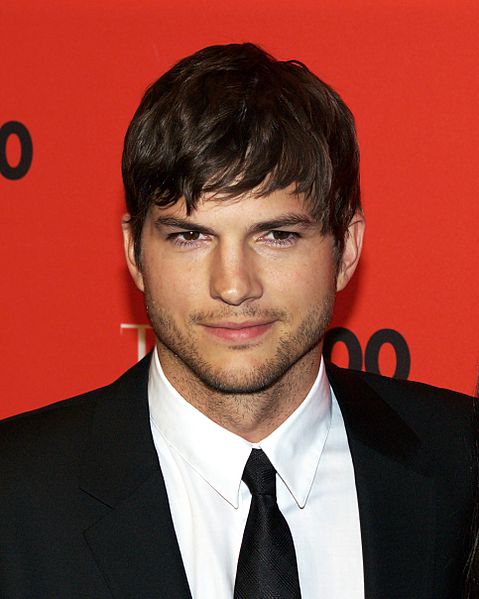 Surge Summary: More big-name types coming forward to rebuke “woke” daffiness. Is this indication of a trend in the broader society? Are people at last realizing the Leftist radicals are simply going too far?

It’s become routine; wearisomely so: high-profile types, celebrities of every stripe, lecturing we the peons on the issues of the day. Mind you, it’s nearly always along “woke” lines. From Hollywood and the assorted ranks of the “beautiful people” come the haranguing, the chivvying, the scolding regarding all manner of Leftist priorities. Since this social set’s bread-and-butter revolves around their appeal to the multitudes, it makes sense they’d want to facilitate the herd instinct — following it when possible, nourishing it, shaping it when necessary.

Yet … behold!  A breach may be in the offing among the dazzling ones’ self-serving solidarity.

Courtesy of Twitter, compulsively foul-mouthed actor/comedian Michael Rapaport is ripping Fauci and Co. for insisting those who’ve been vaccinated ought to continue masking-up. Make no mistake, a constitution-ballyhooing conservative Rapaport is not. He’s, also, certainly no MAGA firebrand. But he’s had enough of COVID-obsessed incoherence and is going public with his agita.

(This isn’t the Manhattan native’s first foray into dissing the authorities’ jumbled pandemic protocol. It’s truly a shame, however, Rapaport feels the need to drench his occasionally perceptive observations with high-school-locker-room-level profanity.)

Actress Kirstie Alley is in boiling water — again — for announcing the obvious: earlier this month she lamented American culture’s corruption of the nation’s youth:

“Was watching TV …we’ve gone too far in my opinion. I feel sorry for our children. Their exposure to everything perverse on every kind of screen is mind boggling. And even more tragic, it’s being hyped as ‘normal.’”

“Perverse”? “Normal”? Yes, she actually used those words. Is there an implication there that some activities or lifestyles are – gasp! — unacceptable? Are abnormal? Her tweet doesn’t unsheathe “deviant” as well but, in modern, sex-worshipping America, her edgy mention of those other loaded terms is audacious enough — and likely costly for her.

The Cheers alum is calling out an industry that makes a not inconsequential penny marketing cultural crud to kids (while huffily insisting it does no such thing). Ally doubtless expected blowback … and she promptly received it.

You can number Ashton Kutcher among these other members of the glitterati bucking the company line. His targets? Social media and — buckle your seat belts — China (!).

How about that? During this discussion with investor Joe Lonsdale, not only does the A-lister knock Red Dragon perfidy, he ventilates concerns which hint at pro-American sentiments — increasingly radical among entertainment poobahs nowadays.

Kutcher proceeds to specify he worries the Communist behemoth could use the platform as part of an “anti-Taiwanese propaganda effort” (John Cena, call your office!).

“If I’m China, and I want to create a problem in that area of the world — specifically a naval problem in the South China Sea — I would probably want to utilize TikTok in order to influence the minds of Americans”.

“If the trend line continues on the path that it’s on today, my kids will not be on social media. If the trend line pivots, as I think it likely will, there’s a chance that I will allow them to use it.”

What? Denying one’s offspring something that’s all the must-have rage in 2021? Drawing unfashionable limits around his children’s lives? Clearly, the guy is a maniac …

Then there’s J.K. Rowling. The wildly popular author continues to attract “woke-ista” ire. Although she’s said nasty things about Donald Trump and is an unhesitant advocate of “LGBTQ rights”, she doesn’t unquestioningly embrace every facet of transgender ideology. The creator of the “Harry Potter” universe won’t, for instance, turn loose of her avowal that the categories of “male” and “female” possess actual, objective meaning; and that aspects of trans-gender absolutism undermine the rights of biological (i.e., genuine) women.

The irrefragability of Rowling’s blunt common-sense and acknowledgement of reality has earned her vicious disparagements, including threats of physical violence. Her most recent infraction against trans-orthodoxy? A refusal to cower before the tweets of a particularly obnoxious and obscene trans-zealot — which garnered her yet another ominous warning; this time of a pipe bomb in her mailbox.

“[N]ow [that] hundreds of trans activists have threatened to beat, rape, assassinate and bomb me,” she responded drolly, “I’ve realised that this movement poses no risk to women whatsoever.”

Could these spotlight-grabbers’ refusal to go-along with the received “progressive” narrative spell something bigger than merely the antics of a handful of contrarians? Consider:

— Legions of parents invading school board meetings around America, protesting the wangling of cancerous Critical Race Theory into public education.

—  Similarly, the better part of those polled — regardless of party — favoring voter ID laws.

— The rejection of “Defund the Police” lunacy by African-Americans who are left to live with the consequences of cop-free streets.

— Impassioned demonstrations around the planet against resurging COVID-19 fascism.

That’s the backdrop against which Rapaport, Alley, Kutcher, Rowlings, et al have lately emerged. Perhaps they’re something more than celebrity oddballs, uncooperative big-name outliers?  Perhaps they represent a much broader — and expanding — trend against the dangerous humbug of the statist, liberty-crushing, chaos-sowing, God-less, human-hating Left. Perhaps the nonsense of contemporary “progressivism” is going too far even for some you’d normally assume would tote its water.

My father has long mused, “Lots of people speak like liberals, but live like conservatives.” With mounting frequency that maxim is being validated — because, possibly more than ever, goofy Lefty theorizing is colliding with what individuals encounter on-the-ground in their day-to-day experiences. Reality has this insensitive habit of landing like an anvil on those indulging the vaporous notions peddled by Democrats and their confreres. For the victims? It’s unpleasant — and sometimes they react accordingly.

Once more, big-government, secularist neo-socialists are overplaying their hand. The Biden Administration puppeteers, the Ocasio-Cortez types, BLM, Antifa, Climate-Change radicals, LGBTQ true believers, the race-mongers? They’re brazenly pushing an agenda that is too much even for those you’d think would be on their side – and some of these are pushing back. Rather surprisingly. Rather strenuously. Rather publicly.

A morsel of war-time wisdom frequently attributed to Napoleon has it: “Never interfere with an enemy while he’s in the process

of destroying himself.” It’s counsel many a lover of America, of righteousness, of sensibleness would well keep in mind these days.  Leftism, with its lying, dangerous worldview and policy prescriptions, may be committing collective suicide.

May it continue doing so! And let’s not get in the way while it’s happening.