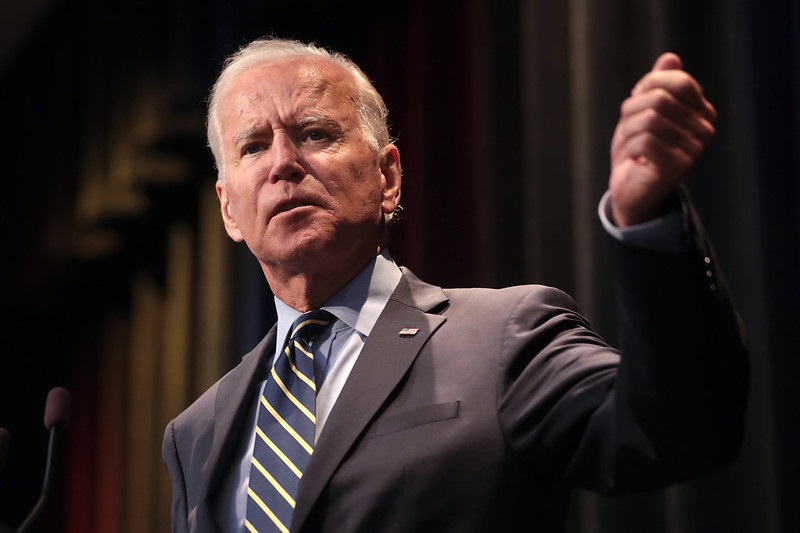 Surge Summary: Democrats were regularly citing the 25th Amendment during the days of Donald Trump – yet another attempt to remove him prematurely from office. So, with President Joe Biden clearly in cognitive decline, is it now time to appeal to that same measure to declare him unable to function in his office?

During President Trump’s time in office, the Democrats threw everything imaginable at him.  Russian collusion, charges of treason, impeachment, calls for cognitive tests (because of “mean” tweets) and even the possible use of the 25th Amendment, along with another impeachment.  The hatred was out in the open, completely palpable and all because it was to have been “Hilary’s turn”, but the voters thought otherwise.  It wasn’t until they stole the 2020 election that they were able to accomplish their goal.

The mere suggestion of invoking the 25th Amendment on a sitting president is the most extreme, yet constitutionally legal, means to remove a political opponent.  Or at least in this case, that would have been the purpose for its use.

Given all we’ve heard regarding the 25th in relation to President Trump, it’s possible that few people actually understand how the amendment came to be and what the thinking is behind such a radical choice.   This might seem like a history lesson instead of an opinion piece article, but it’s probably going to soon be necessary to understand it….especially since civics is no longer taught.

There were two separate legislative proposals that were precursors of the 25th Amendment.  The first was the Keating-Kefauver proposal in 1963.  This focused on giving Congress the sole power of removing the President, but lacked the clout of Constitutional authority.  It was the Bayh-Celler proposal of 1965 that specified what was meant by the president being disabled and was more specific in its provisions and more in line with the Constitution.  The ratification process lasted from 1965 into 1967, with only the states of Georgia, North Carolina and South Carolina not coming on board.

The 25th Amendment to the U.S. Constitution, adopted Feb. 10th, 1967, allows for the removal of the President.  It clarifies that the V.P. become president if the president dies, resigns or is removed for office.  It also establishes how the office Vice President will be filled.  It contains four sections.

Section 1   In case of the removal of the President from office or of his death or resignation, the V.P. shall become president.

Section 2   Whenever there is a vacancy in the office of the Vice President, the President shall nominate a V.P.  who shall take office upon confirmation of a majority vote of both Houses of Congress.

Section 4 (This is the longest portion of the amendment; too long to be quoted here.  It deals with the declaration by the V.P. and the Cabinet members of the President’s inability.)   In essence, it gives the President the option to declare no such inability, unless the V.P. and majority of either the principle officers of the executive department, or such other body as Congress may by law provide, transmit within four days…their written declaration that the President is unable to discharge the powers and duties of his office.  Within 48 hours, Congress shall decide the issue, with a two thirds vote by both Houses required.

Technically, Section 4 addresses the issue of a President who is unable to discharge his duties, but either cannot or knowingly does not provide the voluntary declaration required in Section 3.  Making such a declaration therefore falls to the V.P. and other high officials.

Prof. John Feerick of Fordham University School of Law (NYC), was the principle author of the amendment.  The wording is intentionally vague, allowing that no particular or specific type of evidence be submitted to determine if a president is unable to perform his duties.  Along with the ambiguities of the text itself, the specific time frame laid out offers a sort of balance between a practical method and a political outcome.

To date, the power of the 25th Amendment (particularly Section four) has not been used.  Had such an amendment existed in 1919 after Woodrow Wilson’s stroke, it’s possible he could have been removed from office.  No one “officially” took over his duties and his condition wasn’t made public.  It’s believed by most historians that Edith Wilson, his wife, functioned as a sort of “acting president” until his term ran out in 1921.

It was during the Reagan Presidency that Section Four of the 25th was seriously considered.  In March 1987, Reagan was under intense scrutiny during a cabinet meeting.  Had he acted distracted, confused, or had said anything even mildly incoherent, there were those in attendance, including White House Chief of Staff Howard Baker, who were ready to invoke the 25th.   What lead to this was Reagan’s continuing detachment from the day-to-day activity of the White House and his office.

President Reagan had been delegating even the simplest matters to his staff, not engaging in routine duties and had been exhibiting disturbing signs of mental decline.  He had undergone cognitive testing, but was not officially diagnosed with Alzheimer’s Disease until five years after leaving office, in 1994.

This now brings us to the thought of using the 25th to oust President Trump.  After everything else failed, the Democrats were just waiting for a major blunder on his part that would without a doubt show he was “cognitively impaired”.  After the firing of FBI Director James Comey in 2017, there were high level discussions within the DOJ regarding having V.P. Pence and the Cabinet invoke Section Four of the 25th.  They were really grabbing at straws on that one and it was proven that as President, Trump was well within his right and scope of official duty to fire Comey.  Nice try, Dems.

The next opportunity to invoke the 25th came after the so-called Capitol Hill Insurrection (or “riot”, or “gathering”, or “day camp”…. whatever), on January 6th.   It was believed that Trump’s rhetoric directed a crowd of his supporters to take over the Capitol Building in order to stop the certification of election results.  This too has been proven wrong, although the media is still regurgitating the “insurrection” line.  The very next day after the event, January 7th,  Senate Majority Leader Chuck Schumer and Speaker of the House Nancy Pelosi both called for invoking Section 4 of the 25th.   Just a little too quick and a little too convenient, don’t ya think?

Let’s look at the current occupant of 1600 Pennsylvania Ave.   This site, along with other conservative, pro-American outlets, are the only places you’ll find mention of all Biden gaffes that happen constantly, during his usually only one scheduled appearance that day.

He can’t string a sentence together, still has a hard time remembering where he is, has not recognized who is interviewing him, and if he’s asked anything that’s “off script” for that day, cognitive dissonant hell breaks loose.  Yet for all that appears to be actual signs of mental decline, no mention of the 25th Amendment has ever been uttered regarding Joe Biden.

When Reagan left office, he was 77 and was definitely experiencing some decline. But that was after serving two full terms.  Biden is 78 and has only been in office since January, 2021.   He is older upon entering office than Reagan was upon leaving office after two terms.  Biden’s cognitive decline was evident during the campaign, but he’s not Trump, doesn’t tweet mean stuff, and that’s what matters.

It’s time to consider using Section Four of the 25th Amendment for the first time.

Why hasn’t it been done, though?

I have two ideas regarding this.  First off, I firmly believe that even most Democrats are experiencing buyer’s remorse when it comes to V.P.  Kamala Harris.  She’s a total disaster and failure at a job that requires little more than being a warm body.  Her staff has not hidden the fact that she’s created a toxic work environment and she is completely out of touch with the American people.  She doesn’t have the skill set needed for the V.P. job.   God forbid she gets the top slot.

The second possibility is that if Biden were to be removed from office, that could create the type of power vacuum in which too many egos would get bruised and with too much illegal, under-the-table activity to keep hidden, the wrong people might start talking.

Biden is a frail, cognitively impaired old man who can be manipulated and controlled to advance someone else’s agenda.  He has few, if any, original thoughts of his own.  He’s a puppet, he’s being used, and the American people are being played.

This is what, and why, the 25th Amendment was created for and ratified.   Given the parameters within the framework of the Amendment, and Democrats control of the House, it would be a battle to even get the process started.   But it needs to be done.

This is the most glaring example of Democrats hypocrisy.  Regan was in a gradual decline by the time he LEFT office; Trump may have a huge ego and tweets mean things, but he wasn’t impaired.  Biden is, so when do we start talking about invoking the 25th?

We still have the chance to save the country before the Democrats develop a stranglehold on all our institutions and freedoms.  If we don’t start looking at this process now, as cumbersome as it may be, we’ll either have to split the country to save it, or be faced with Civil War 2.0.   We’re starting to run out of options at this point.

It’s been a while since I’ve thought about encouraging readers to do more than just peruse the article I’ve provided.   As I mentioned earlier, the exact text of Section Four was too long to reproduce here, in an already long read.  Look this up for yourself and see how pertinent the 25th Amendment is to what is happening now under a Biden presidency.  For that matter, get a copy of the Constitution if you already don’t have one and start reading it.  As the saying goes, knowledge is power.

My new CD “Trophy Hunting For Unicorns” has been out for a while now.  Getting some great response and reviews.   We’ve recently put together a YouTube page that features interviews with some of the other players, the producer, discussions on the recording process and all the instruments used.  Check it out at SALT-John DeGroff and Friends – YouTube  Also please check out the following as well:

The post Joe Biden in Decline: Is It Time for the 25th Amendment?   appeared first on DailySurge.