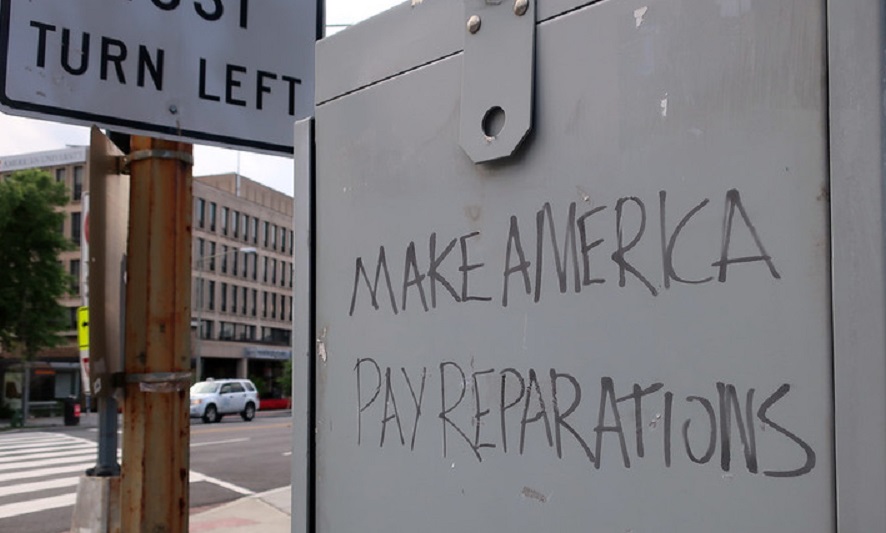 Surge Summary: Lately it seems like both views of Critical Race Theory are talking past one another. There are a number of fundamentals that need to be agreed upon – especially among Christians — if a genuinely fruitful discussion is to be had on this controversial topic.

For some time now, friends have been asking me to weigh in on the controversies surrounding CRT and the larger questions of biblical and social justice. But I have been waiting and watching rather than writing because: 1) I wanted to understand exactly what people meant by “CRT”; and 2) I wanted to have something constructive to add to the discussion.

Earlier this week, I interviewed Joe Dallas, a respected leader in the ex-gay movement and author of a new book titled Christians in a Cancel Culture. He argued that we must take a strong stand against the evils of racism, addressing any manifestations of it in our society, while strongly opposing movements like BLM or ideologies like CRT. (For the record, Joe is white.)

A few months back, I interviewed Chris Broussard, a well-known TV and radio sports commentator but also a respected church leader with an important men’s ministry. He advocated for the church to lead the way in making reparations for past sins that have resulted in still-lingering consequences for African Americans. (For the record, Chris is black.)

As I tracked responses to these broadcasts, especially to the interview with Chris, since it’s been posted online longer, I saw that, for the most part, both “sides” entrenched themselves more deeply, reacting more than responding.

How, then, do we move forward? How do we act righteously and biblically trying to appearing to be woke? And how do we address genuine blind spots without capitulating to cancel culture?

Let me offer four basic proposals. The first three are fairly simple and straightforward. The fourth needs to be unpacked.

First, when the subject of CRT comes up, ask this question: “Could you please explain to me exactly what you mean by CRT?” It’s possible that the issue is one of semantics more than substance, and that, in reality, you have more in common than you think. Of course, the opposite is also possible, and you may deeply differ with the CRT agenda as defined by the person with whom you’re interacting.

Either way, at least you will know what you’re dealing with. So, get past the emotional reactions and misunderstandings and focus on the real issues. Definitions, please!

Second, let’s state clearly where we stand as lovers of God and His Word. We categorically reject racism (let’s define what we mean by that too!). We utterly denounce America’s past racist sins. We agree that, where racism exists in our society, be it individually or systemically, we will work together against it.

Third, let’s set parameters for repentance, based on these criteria. Is the sin still present in our midst? In other words, are we still dealing with racist ideologies or attitudes at present? If so, we must recognize them, renounce them, and truly repent, which means turning around and going in the right direction.

If the sin is no longer present, is the fruit of that sin still present? For example, let’s stay, 20 years ago, before I was a Christian, I was a dishonest businessman who robbed you blind, causing you to go bankrupt, impoverishing you to this day.

Thankfully, 5 years ago, I became born again and am now living a godly life, but still enjoying the wealth of my sinful life while you continue to suffer. Righteousness requires that I address this and make things right with you.

This, then, leads to the fourth point, and this is where things get complicated, intersecting with the question of reparations.

Candidly, as I told Chris Broussard during our interview, in the past, I viewed the subject of reparations as something that the radical left talked about, not something conservative Christians talked about.

After all, we went through the devastating Civil War, still our bloodiest war to date, as a result of emancipating the slaves. And since then, little by little, we have continued to make progress, enacting various laws against discrimination while continuing to level the playing field.

In Chris’s view, not as a punishment but as an example of the church being the church, the issue of reparations should be addressed seriously, as complicated as it is. (He did not have the time on the air to lay out his thoughts in detail, but in what he has submitted to me in writing, with lots of reference to Scripture, he makes a detailed, practical case.)

Where I stand at the moment is this. We continue to see inequities in our society that are a legacy of our sinful past. And we continue to see manifestations of racism that are so deeply imbedded in our society that we often fail to recognize them. At the same time, I do not believe for a moment that, as a country, America today is systemically racist.

But there is a practical path forward, which is this: we evaluate where things are not right in our society – for example, the education system in our inner-cities; the broken family structure (aided and abetted by the welfare state?); lack of net worth in the average African American family when compared to the average white American family – and then we ask, “What can we do about this?”

My friend, Dr. Daniel Juster, a leading theologian with a great heart for justice, has written an important article critiquing the Marxist aspects of CRT (as articulated by some of its leading proponents) but then calling the church to sacrificial action on a number of important fronts.

He writes, “However, we have to begin with the situation as it exists with many coming from single-parent mother-led homes. Discipling the mothers is so important.  Many single mothers are illiterate.  They need education and training.  Some of the best programs I have seen begin with children and teens and puts them into tutoring programs and then full-time schools with a Gospel emphasis.  There are several such programs.  Until vouchers are available from public funds (they are available in some states) we need to mobilize wealthy people and all who can give to fund such schools.  The CHATS (Church Hill Activities and Tutoring and Schooling) program in Richmond, Virginia, is one such program I support.  They maintain a full high school and the success rate is amazing.  It challenges the lie that blacks must fail due to racism for the graduates of this ghetto school to succeed, and greatly so.  Overcoming massive illiteracy is crucial.  Public schools in ghetto communities graduate many illiterate poor from high school if they stay in school!  Practical job training needs to be part of such schools.  Christians can provide vocational training.”

This, I believe, is how we can move forward as one, fulfilling our calling to be the salt of the earth and the light of the world, walking in righteousness and loving each other as Jesus loved us. Are you with me?