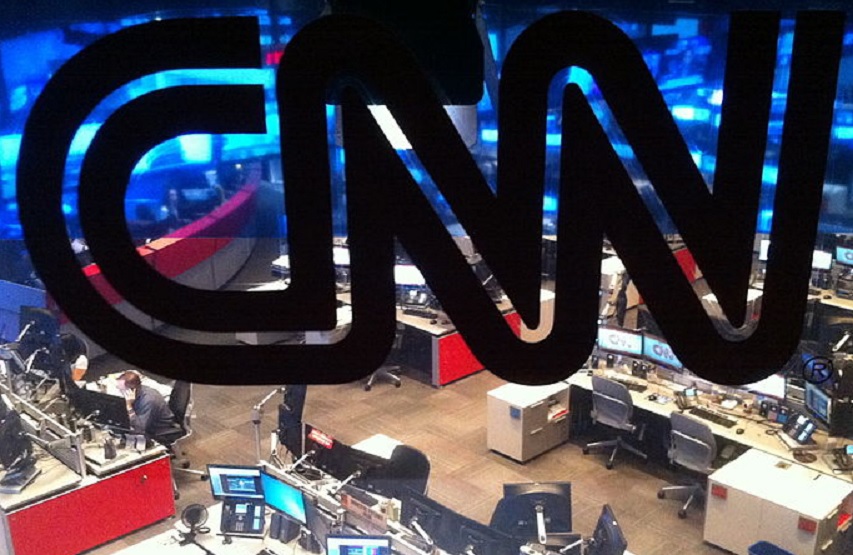 Surge Summary: Americans have grown accustomed to liberal medias hostility toward Donald Trump. But some recent commentary from a CNN regular takes it all to a new level – and confirms why so many have developed a near fanatical devotion to the former president.

There’s no question that President Trump knew how to push people’s buttons. And there’s no question that many of his followers were doggedly loyal to the point of not believing anyone other than Trump. In that sense, they could be accused of being part of the “cult of Trump.” At the same time, the incessant, over the top, attacks of the leftwing media actually exacerbated the situation, helping to create the very “cult” that the left so derided. A recent interview on CNN brought this to mind afresh.

In my book 2020 book Evangelicals at the Crossroads: Will We Pass the Trump Test?, I devoted a chapter to the topic, “The Cult of Trump or Trump Derangement Syndrome.” In that chapter, I examined the argument that Trump was, in fact, a cult leader, using proven techniques to manipulate and control his followers. (Remember his famous comment that he could shoot someone in broad daylight on Fifth Ave. and not lose any voters?)

I also looked at the phenomenon known as “Trump Derangement Syndrome” in which the media seemed to lose its mind when attacking Trump. All sense of balance and proportion was lost. Trump was Hitler. Trump was a raging lunatic. Trump was about to destroy the whole world.

Yet it was this very thing, this “Trump Derangement Syndrome” that helped foster the “Cult of Trump,” since the more the media lied about him, the more his followers cried, “Fake news!” and the more they fought for him.

Not only so, but the more the media demonized him – I mean in exaggerated, unsupportable, irresponsible ways, not simply critiquing his very real failings – the more his followers felt demonized. After all, if he was Hitler, then they were the Nazis.

Just think back to candidate Hillary Clinton’s ill-advised description of Trump supporters as a “basket of deplorables.” Overnight, “deplorable” became a badge of honor. Overnight, being insulted on behalf of Trump became a mark of distinction.

Even to this day, to say that something is “deplorable” does not have the sting it once did. Perhaps it should be taken as a compliment rather than an insult?

Recently, however, CNN took things to a new low, likening Trump to Jim Jones and his followers to the 900+ devotees who were deluded into (or forced into?) committing suicide by poison.

Speaking with Rep. Jackie Speier, who herself survived the Jonestown massacre, CNN’s Brian Stelter said, “These citizens in other countries sometimes email me, and say you know why doesn’t the American media just call out Trump for what he is? Call Trump fandom for what it is? Sometimes they use the word ‘cult.’ I know that’s a sensitive word, doesn’t come up a lot in American news coverage, so I wanted to put it to an expert, an unfortunate expert.”

Stelter said that he “wanted to hear her thoughts about the comparison, the notion of the cult of Trump, especially in the light of January 6 and the mass delusion that led to a riot of lies on Capitol Hill.”

Rep. Speier responded, “There’s no question that you could compare Jim Jones as a charismatic leader who would bring his congregation together. And the only difference between Jim Jones and Donald Trump is the fact that we now have social media, so all these people can find themselves in ways that they couldn’t find themselves before.”

Note those words carefully, spoken on national TV by an elected official: “the only difference between Jim Jones and Donald Trump is the fact that we now have social media.”

And note Stelter’s reference to “Trump fandom” and, in the same interview, Speier’s reference to Jim Jones who would “bring his congregation together” and “force them to do things that were illegal.”

How does this make you feel if you are a Trump voter? Does it further confirm the degree that the mainstream cannot be trusted? Does it deepen your sense of solidarity with him, since not only was he being compared to Jim Jones but you were being compared to the deluded, ultimately self-destructive followers of Jones?

What makes this interview all the more deplorable – dare I use that word? – is that Speier herself was closely connected to the Jonestown tragedy, as Stelter noted in the interview.

As explained on Wikipedia, “Speier entered politics by serving as a congressional staffer for Congressman Leo Ryan. Speier was part of his November 1978 fact-finding mission organized to investigate allegations of human rights abuses by Jim Jones and his Peoples Temple followers, almost all of whom were American citizens who had moved to Jonestown, Guyana, with Jones in 1977 and 1978.

“Several Peoples Temple members ambushed the investigative team and others boarding the plane to leave Jonestown on November 18. Five people were killed, including Congressman Ryan. While trying to shield herself from rifle and shotgun fire behind small airplane wheels with other team members, Speier was shot five times and waited 22 hours before help arrived. That same day, over 900 remaining members of the Peoples Temple died in Jonestown and Georgetown in a mass murder-suicide.”

That’s why her words, along with Stelter’s, were all the more irresponsible, only fueling the very fires about which they express such concern.

Was Trump, in my view, ultimately responsible for the storming of the Capitol? Yes, he was, the result of months of his own irresponsible rhetoric. (That being said, I do not believe for a second he ever intended for it to happen.) Did some of his followers look to him with cultlike adoration, and do some continue to show him that same kind of dangerous loyalty? Absolutely yes.

But did tens of millions of others make informed, rational decisions to vote for him rather than Hillary Clinton or Joe Biden? Without a doubt. And have these people gone on with their lives, accepting the current realities and working hard to make America better? You better believe it.

As for Trump himself, did he vacate the White House without provoking a military conflict? Yes he did. And has he called for his followers to relocate to gather around him in Mar-a-Lago, guns in hand, ready to take back the government? No, he has not.

In contrast, is CNN still stoking the fires of resentment and hatred by likening Trump to Jim Jones and making a comparison between their followers? (Remember: the only difference between Trump and Jones is “social media.”) Absolutely yes.

This is irresponsible and dangerous. Even CNN, with its history of anti-Trump rhetoric, should do better. Will they? (For my related video commentary, see here.)