The U.S. Department of Homeland Security, in a new terrorism warning bulletin, said violent extremists could view the reimposition of COVID-19-related restrictions following the spread of coronavirus variants to conduct attacks.

No need to feel paranoid, the US Army is merely looking for people to work as Internment/Resettlement Specialists, people who can be trained to confine people in a military setting. Pays really good too, up to $130,000.00 per year to round up people and hold them in internment camps. Did you know that America had internment camps? Now you know. Don’t get all ‘conspiracy theory’ on me now, I’m sure there’s a logical explanation for this. (insert laughing sad emoji here)

“Behold ye among the heathen, and regard, and wonder marvellously: for I will work a work in your days, which ye will not believe, though it be told you.” Habakkuk 1:5 (KJB)

Actually, there is a rational and logical explanation for all this, the United States government is planning to arrest people who refuse to be vaccinated. Are you shocked? You shouldn’t be. We told you last year about Bill A416 in Albany, New York, a bill that if passed gives the governor of that state power to remove people to an internment facility, FEMA Camp, and hold them there, well, forever. Now you know what Bill Gates is planning to do with all that farmland. It’s later than you think, people, if you’re going to get something done for Jesus Christ do it now or forever hold your peace. Tick, tock…

BILL GATES BECOMES AMERICA’S LARGEST FARMLAND OWNER WITH SHOCK PURCHASE OF 242,000 ACRES, WILL IT BE FOR FOOD PRODUCTION OR FEMA CAMPS FOR ANTI-VAXXERS?

WASHINGTON (Reuters) -The U.S. Department of Homeland Security, in a new terrorism warning bulletin, said violent extremists could view the reimposition of COVID-19-related restrictions following the spread of coronavirus variants as a rationale to conduct attacks. The new DHS bulletin also warned of the risk of “targeted violence” around the 20th anniversary of the Sept. 11 attacks on New York and Washington and around religious holidays.

The department said that COVID-19-related stress has “contributed to increased societal strains and tensions, driving several plots by domestic violent extremists, and they may contribute to more violence this year.”

In a bulletin issued in May, DHS had warned that domestic extremists could take advantage of moves earlier this year to ease COVID-19 restrictions to launch attacks on a broader range of targets. In an interview with CNN, DHS Secretary Alejandro Mayorkas said his department considered domestic violent extremists to constitute “the greatest terrorist-related threat to our homeland.” He said the Department was seeing expressions of extremism fueled by “false narratives” and “ideologies of hate.” 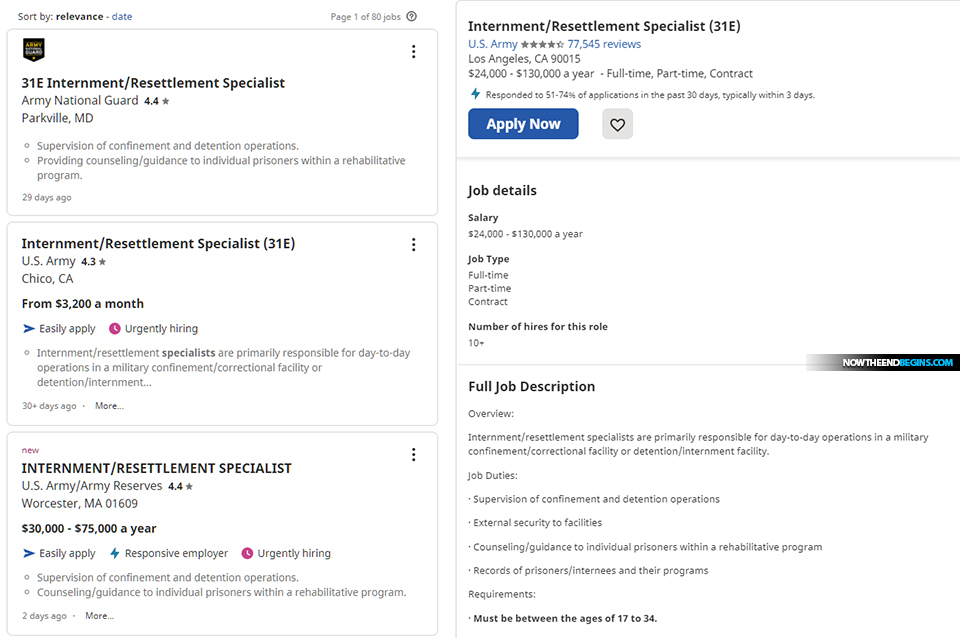 Internment/resettlement specialists are primarily responsible for day-to-day operations in a military confinement/correctional facility or detention/internment facility.

U.S. Representative Bennie Thompson, chair of the House Homeland Security Committee, welcomed the DHS warning but said it was “troubling that the terrorism threat increasingly is based on grievance-based violence and conspiracy theories, especially related to the election and former President Trump.”

The rapid spread of the Delta variant and a related spike in COVID-19 infections has caused some U.S. states to reimpose stiffer guidelines related to mask-wearing and gatherings.

The latest DHS bulletin also noted that al Qaeda’s Arabian Peninsula branch had recently released the first English-language version of its “Inspire” magazine in four years, which DHS says is evidence that violent foreign militants are still trying to inspire U.S. followers to engage in attacks. DHS said it was promoting “authoritative sources of information” in order to “debunk” and if possible “pre-empt” disinformation.

DHS warned that media outlets linked to the Russian, Chinese and Iranian governments had “repeatedly” amplified conspiracy theories about the origins of COVID-19 and the effectiveness of vaccines. READ MORE