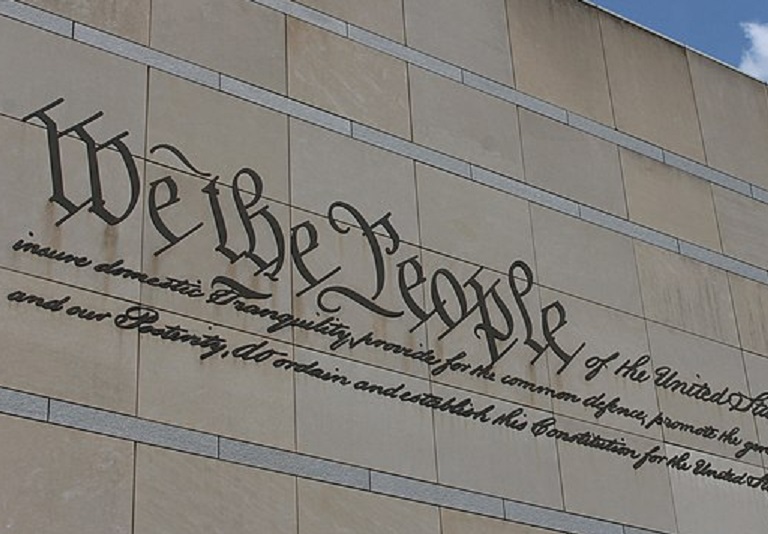 Surge Summary: Some American government actors are using the Covid-19 scare to bring along the people to accept more and more government control. It’s time for “We the People” to stand up and say “No more!”

Juliette Kayyem, former President Barack Obama’s assistant secretary for Homeland Security, called last week for the Biden administration to restrict the unvaccinated from flying by placing them on a no-fly list. Cultural Marxists, by all accounts, will not relent until Americans renounce all their freedoms—over a virus with a 99.85% survival rate!

What former bureaucrat Kayyem interestingly failed to include in her purported crisis management considerations were the “record-high 7,000 [refugees, immigrants and migrants] released in downtown McAllen [last week], where they were immediately tested for the coronavirus through a city contractor. More than 1,500 people tested positive … according to a city document.” After a two-day quarantine, the infected were released into the greater McAllen community.

The chickens are finally coming home to roost from secularism’s century-long assault on the American culture, where an illusory, make-believe world is presently being propelled by “altered” facts and conclusions.

All the while hunkered down behind the four walls of the building with its trifling subculture, minuscule footprint in the culture and firing blanks, American Christendom has no detectable ability to address America’s dissolution and demise, let alone counteract it.

In plain English, American cities are looted and burned, woke leftists promote defunding the police, President Biden and Speaker Nancy Pelosi call for another lockdown of the U.S. economy over a flu-like virus, and unaccountable politicians drown the nation in a veritable sea of red ink. The national debt currently stands at $28 trillion, the highest ever in American history, with government now paying people not to work.

Kentucky Sen. Rand Paul, M.D., graduated from Duke University School of Medicine in 1988 and completed his residency in 1993. Along with his work in emergency rooms, he studied immunology and virology. After practicing medicine for 33 years, Paul was elected to the U.S. Senate in 2010.

Paul asserted recently on Fox News that the prescribed lockdowns, mandates and injurious government policies are all caused by “petty tyrants and feckless bureaucrats … We can simply say no, not again! They can’t arrest us all. They can’t keep all your kids home from school. They can’t keep every government building closed—although I’ve got a long list of ones they should.”

Addressing the speaker of the House directly, he said, “Speaker Nancy Pelosi, you will not arrest or stop me or anyone on my staff from doing our jobs. We have all either had COVID, had the vaccine or been offered the vaccine. We will make our own health choices. We will not show you a passport, we will not wear a mask, we will not be forced into random screening and testing so you can continue your drunk-with-power reign over the Capitol.”

President Ronald Reagan spoke in similar fashion of the all-important issues of limited government and freedom in his farewell address to the nation on Jan. 11, 1989. “‘We the People’ tell the Government what to do, it doesn’t tell us. ‘We the people’ are the driver—the Government is the car. And we decide where it should go, and by what route, and how fast. Almost all the world’s constitutions are documents in which governments tell the people what their privileges are. Our Constitution is a document in which ‘We the People’ tell the Government what it is allowed to do. ‘We the people’ are free.’”

Which brings us once again to Dr. Anthony Fauci and his most recent warning on the latest COVID variant. If Fauci would have listened to renowned epidemiologist Dr. Knut Wittkowski in January 2020, COVID would have been in our rearview mirror by now. Senseless quarantines and the hapless flattening-the-curve concept did not prevent, but just delayed and prolonged.

The best way to deal with the virus, according to Dr. Wittkowski, was to “get the old and frail people out of the way, get the kids in school, run your businesses, and carry on with life as usual, and in 4-6 weeks the virus will have run its course due to the only thing that halts any virus: herd immunity.”

Fauci’s year-long coercion and bullying techniques are beginning to wear thin. His jockeying for celebrity status and his vacillating vernacular stunt performances increasingly have the ring of Nazi Germany tactics put on trial for war crimes.

One such Nazi, Hermann Göring (1893-1946), was interviewed at Nuremberg by Gustave Mark Gilbert (1911-1977), a German-speaking intelligence officer and psychologist who was granted free access by the Allies to all the prisoners held in the Nuremberg jail.

His 1950 book, The Psychology of Dictatorship, attempted to profile dictator Adolf Hitler by using testimony from Göring, Joachim von Ribbentrop, Wilhelm Keitel, Hans Frank, Oswald Pohl, Otto Ohlendorf, Rudolf Höss and Ernst Kaltenbrunner, among others. Gilbert’s work is still a subject of study in many prominent universities, especially in the field of psychology.

“We got around to the subject of war again and I said that, contrary to [Göring’s] attitude, I did not think that the common people are very thankful for leaders who bring them war and destruction.”

“Why, of course, the people don’t want war,” Göring shrugged. “That is understood. But, after all, it is the leaders of the country who determine the policy and it is always a simple matter to drag the people along, whether it is a democracy or a fascist dictatorship or a Parliament or a Communist dictatorship.”

“In a democracy,” countered Gilbert, “the people have some say in the matter through their elected representatives, and in the United States only Congress can declare wars.”

“Oh, that is all well and good,” acknowledged Göring, “but, voice or no voice, the people can always be brought to do the bidding of the leaders. That is easy. All you have to do is tell them they are being attacked and denounce the pacifists for lack of patriotism and exposing the country to danger. It works the same way in any country.”

Instilling an acute and imminent sense of danger, accompanied by authoritarian insistence on safety, togetherness and compliance, are the time-honored ingredients of dictatorship.

Florida Gov. Ron DeSantis’ recent stern words to Biden made us want to cheer and throw our hat in the air. “If you’re trying to deny kids a proper in-person education, I’m going to stand in your way. … If you’re trying to restrict people, impose mandates, ruin their jobs … If you try to lock people down, I am standing in your way.

“And I’m standing for the people in Florida,” DeSantis said. “So why don’t you get this border secure, and until you do that, I don’t want to hear a blip about COVID from you.”

Two things must happen if we are to make it through:

Spiritual men and women must move to America’s public square so that there will be sweet music to the ears of God.

“Weeping hath a voice, and as music upon the water sounds farther and more harmoniously than upon the land, so prayers, joined with tears, cry louder in God’s ears, and make sweeter music than when tears are absent” (Charles H. Spurgeon, Treasury of David).

“Tears have a tongue, and grammar, and language that our Father knoweth. Babies have no prayer for the breast, but weeping: the mother can read hunger in weeping” (Samuel Rutherford, The Trial and Triumph of Faith).

Urgently needed are weepers between the porch and the altar over what we, Christians, have allowed to happen to a nation “founded for the glory of God and advancement of the Christian faith.”

The post As Some Use the ‘Pandemic Card’ to Manipulate ‘We the People’, Some Need to Say ‘Enough’ … appeared first on DailySurge.