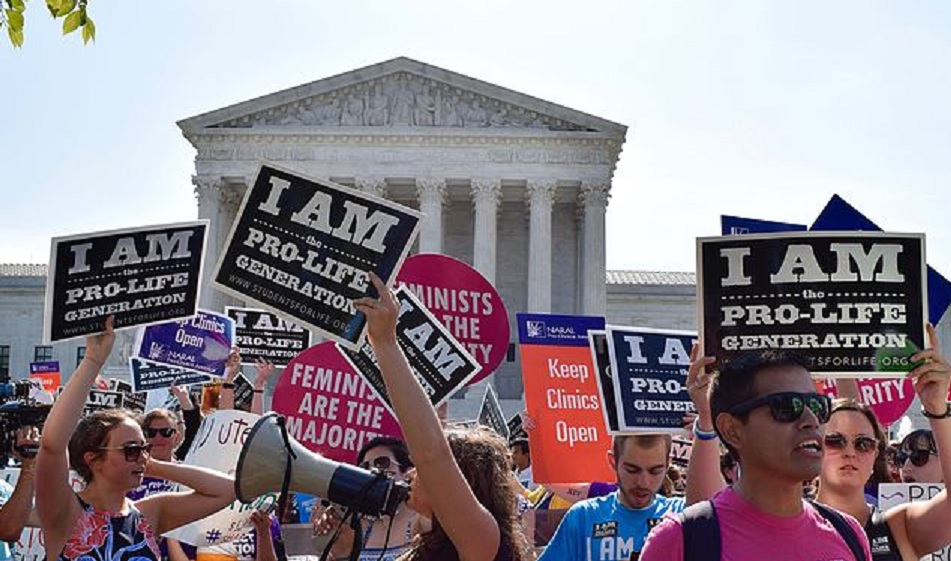 Surge Summary: The Supreme Court has agreed to take up a case which, potentially, could overturn the landmark, pro-abortion Roe v. Wade decision.

On Friday, May 14, Rev. Patrick Mahoney, a Christian activist who has been on the front lines of the pro-life movement for more than 40 years, felt prompted to leave his home in Virginia and drive into Washington, DC. This was unusual for him, since he normally avoided being in DC on Fridays due to the heavy traffic jams.

But on this day, he felt a divine stirring to go to DC and spend time praying about a case that had been submitted to the Supreme Court in June 2020 but had received no response to date. Then, to his shock, on Monday, May 17, he learned that the Court had decided to hear this very case, quite out of the blue.

As the New York Times explains, “The law at issue in the case, Dobbs v. Jackson Women’s Health Organization, No. 19-1392, was enacted in 2018 by the Republican-dominated Mississippi Legislature. It banned abortions if ‘the probable gestational age of the unborn human’ was determined to be more than 15 weeks. The statute included narrow exceptions for medical emergencies or ‘a severe fetal abnormality.’”

But, so as to remove all doubt, Mississippi Attorney General Lynn Fitch actually stated this explicitly in a detailed filing to the Court last month. There, she argued that “nothing in constitutional text, structure, history, or tradition supports a right to abortion” (p. 12).

And, holding nothing back, she wrote, “Roe and Casey are thus at odds with the straight-forward, constitutionally grounded answer to the question presented. So the question becomes whether this Court should overrule those decisions. It should. The stare decisis case for overruling Roe and Casey is overwhelming.

Roe and Casey are egregiously wrong. The conclusion that abortion is a constitutional right has no basis in text, structure, history, or tradition” (pp. 12-13).

Naturally, this has made the protests of pro-abortion activists all the more shrill. As NPR reported, “Abortion-rights defenders promptly seized on the state’s brief, noting that until now Mississippi had portrayed its appeal as far more limited.

“‘Mississippi has said the quiet part out loud. The purpose of its blatantly unconstitutional abortion ban is to have the Supreme Court overrule 50 years of precedent and allow states to ban abortions,’ said Alexis McGill Johnson, president of the Planned Parenthood Action Fund.”

The stakes could hardly be higher, as both sides of the abortion debate fully recognize. What will the outcome be?

Rev. Mahoney pointed out to me during an interview on the Line of Fire that, if the Court simply intended to deny Mississippi’s request, there would have been little reason to agree to hear the case. That’s because, to cite NPR again, “The lower courts struck down this law, like ones in a dozen other states, because it conflicts with the Supreme Court’s decision in Roe v. Wade and subsequent high court decisions over the years.”

This would suggest that some of the justices are considering overruling the lower courts, deciding to let the law stand. And they could do this without addressing Roe v. Wade. In that case, it would reopen the door to a flood of statewide, pro-life bills that have been passed in recent months. If Dobbs can stand, then perhaps these bills can stand too.

This would include the many heartbeat bills that are passing, banning abortions as soon as the embryonic or fetal heartbeat can be detected. (According to Wikipedia, “Eleven states have proposed heartbeat bills since 2018; since 2019, such bills have passed including bills in Ohio, Georgia, Louisiana, Missouri, Alabama, Kentucky, South Carolina, and Texas.” None of these bills, however, have gone into effect, being held up in the courts.)

This, then, would fundamentally chip away at Roe without directly addressing it. On the other hand, the Court could actually use this bill to challenge Roe directly, which would be absolutely momentous.

That’s why, on July 29, a dozen “Republican governors signed an amicus brief . . . asking the U.S. Supreme Court to overturn the landmark Roe v. Wade decision” (in conjunction with Dobbs).

They have been joined by “44 senators and 184 House members said in a brief that the court should use an upcoming Mississippi case to ‘release its vise grip on abortion politics’ and leave abortion-related legislation up to states to decide.” Even more state senators and representatives have signed on as well.

This truly is a watershed moment.

As for public opinion, something that the Court also considers, Gallup reported in June 2018 that, “Six in 10 U.S. adults think abortion should generally be legal in the first three months of pregnancy. However, support drops by about half, to 28%, for abortions conducted in the second three months, and by half again, to 13%, in the final three months.”

That means that less than three in 10 Americans support abortion after 15 weeks, which is the very issue addressed by Dobbs. (For the record, America is an outlier in terms of allowing elective abortions after 20 weeks of pregnancy. See here for details.)

Interestingly (and tragically), Rev. Mahoney told my listeners that when the Court did a private, test vote of the 1992 Casey ruling, the vote was 5-4 against, with the swing vote being that of Anthony Kennedy.

But, as confirmed by the release of Justice Harry Blackmun’s private papers in 2004 (Blackmun was the author of Roe), “the Supreme Court in 1992 was ready to effectively overturn the landmark Roe v. Wade ruling legalizing abortion, but Justice Anthony M. Kennedy got cold feet, and the vote went the other way.”

This means that, had Kennedy held his ground, Roe would have been overturned almost 30 years ago. (How many tens of millions of babies have been killed in the womb since then?)

This also means that it has taken 30 years for a case of this magnitude to reach the Court, and it would be beyond disastrous if the justices got things wrong again.

That’s why a massive, non-political, prayer rally is being planned for October 2 in DC in front of the Supreme Court building, shortly before their next session begins (see here for details).

The post Is the Time Upon Us? Supreme Court Case that Could Upend Roe v. Wade appeared first on DailySurge.