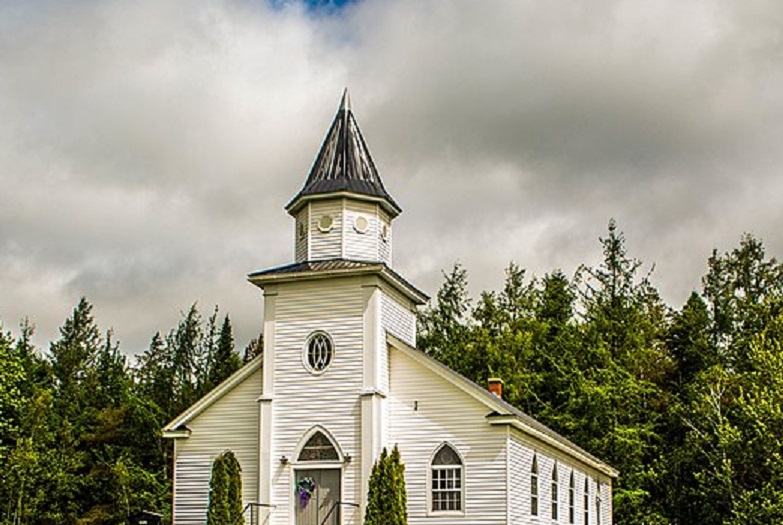 While Christian Fundamentalists should never be weird or odd, the Bible requires them to be peculiar. A biblically peculiar person reminds people of Christ. However, most secular people could never comprehend the daily lifestyle of a biblical Fundamentalist.

One must also understand that fundamental simply means going back to the origins or the basics. A college basketball team loses 20 games in a row, so the coach gets the team around him and says, “Guys, we must get back to the fundamentals. This is a basketball. That is a basket, and the purpose is to get this ball in that basket without getting fouled.”

I believe all Christians need to get back to the basics of Christianity, discarding the nonsense, the lies, the false traditions, and the heresy—back to barebones Christianity, i.e., Fundamentalism.

U.S. Fundamentalists (a term from the 1940s), including many who identify as Evangelicals, comprise about 30 percent to 40 percent of the U.S. population. They are simply Christians who take the Bible seriously and are willing to stand alone if necessary for their beliefs. Their stand is usually conspicuous for its responsible militancy, and that militancy has occasioned slanderous accusations that they are mendacious, mad, or malicious in their stand. It seems opponents find it easier to accuse Fundamentalists of being mad and mean rather than discuss and debate their militant positions. Biblical militancy will always result in help and will never harm anyone.

And no true Fundamentalist will seek to force his view on anyone. That accusation has been made by people who interpret a loving yet militant statement as “trying to force his ideas down my throat.”

The critic simply cannot refute what he has heard.

Because of Fundamentalists’ high view of Scripture (it is inspired, infallible, and inerrant as well as invaluable for proper living), they adhere to the fundamentals of the faith. Their core beliefs—Christ’s virgin birth, virtuous life, vicarious death, victorious resurrection, and visible return, as well as the validity of miracles and the veracity of Scripture. Of course, at one time, all orthodox Christians believed those doctrines!

Furthermore, most Fundamentalists insist on the independence of each local church, refusing any religious hierarchy or authority over a local congregation. Therefore, they refuse to belong to any denomination. Each local Fundamentalist congregation must be judged on its own merits. Most are tender and compassionate, while some are tyrannical and cold.

There were exceptions to the anti-denomination position in the early 1900s when many highly competent Fundamentalists were in the Presbyterian U.S.A. and the Northern (later American) Baptist Convention. During that era when the Fundamentalist/Modernist battle was raging, many great preachers refused to recognize the theological corruption in their groups or, if admitted, they refused to leave their beloved denominations. Such a move would have had a significant impact on their family, friends, finances, and future. Many others did leave and became what they should have always been—unaffiliated or independent Christians, as were the first-century Christians.

Fundamentalists are not the new boy on the block. Resource books are wrong when they call Fundamentalism a phenomenon of the 20th century. While the name is new, the movement goes back to an empty tomb in a beautiful garden outside Jerusalem.

Harvard Divinity School Professor (and Church Historian) Kirsopp Lake wrote, “Fundamentalism is virtually synonymous with orthodox Christianity.” He added, “It is a mistake, often made by educated persons who happen to have but little knowledge of historical theology, to suppose that Fundamentalism is a new and strange form of thought. It is nothing of the kind: it is the…survival of a theology which was once universally held by all Christians.”

Dr. Lake continued, “The Fundamentalist may be wrong: I think that he is. [No, if we are original Christians, then Fundamentalism is not wrong.] But it is we who have departed from the tradition, not he, and I am sorry for the fate of anyone who tries to argue with a Fundamentalist on the basis of authority. The Bible and the corpus theologicum of the Church is [sic] on the Fundamentalist side.” (Kirsopp Lake, The Religion of Yesterday and To-morrow, (Boston, New York, Houghton Mifflin, 1925), pp 61-62.)

It is a fact, recognized by all, that the best support for your position is the positive comments by your critics as per Lake’s above.

To repeat, even unbelieving scholars teach that the original Christians were Fundamentalists called by different names—Christians, Disciples, Believers, Followers, Arnoldists, Donatists, Waldensians, Hussites, etc. As years passed, some got loose in their beliefs and took on spurious views, which exploded into the world’s religious mess today.

Fundamentalists eschew formalism, anthems, vestments, and repetition and usually prefer, even demand, simplicity in worship, doctrinally sound hymns, and serious Bible teaching and preaching. They meet in massive megachurches, smaller “churchy” buildings, storefronts, or even homes. They are also known for their independence; consequently, some Fundamentalists will fuss with me for “speaking for them.” Of course, I speak for myself, prompted by my knowledge of church history and current events.

The very suggestion that modern Fundamentalists (those who adhere to the basics) are the same as original Christians causes heartburn, palpitations, and hot flashes across the fruited plain. After all, aren’t Fundamentalist Christians uncouth, unsophisticated, and uneducated louts responsible for dandruff, sunspots, drought, and partly responsible for global warming? Aren’t they blamable for the declining population of copperheads and rattlesnakes in Kentucky, West Virginia, and Tennessee? Didn’t they organize the Flat Earth Society? Don’t their children live in constant fear, and their wives are usually pious, plump, put-down—and pregnant?

Well, maybe the above charges are outrageous, but surely, Fundamentalists are legalistic and pharisaical! No, all these accusations indicate that the critic is desperate and devious, if not dishonest.

The world generally has a silly, untrue caricature of Fundamentalists. A Fundamentalist has recognized himself as a sinner, repented of sin, and received Christ as Savior based upon His sacrificial death and physical resurrection. Following his salvation, he seeks to honor Christ in every respect. He takes the scriptural commands seriously to live godly, separate from compromise, and he lovingly rebukes those who stray from the truth. Moreover, he will try to pass to his children those same characteristics.

That means Fundamentalists are obligated to obey the Ten Commandments, treat others the way they want to be treated, respect the dignity of all people, show genuine love in response to hate, generously give to help others, stand for biblical truth against all odds, whatever the cost, even to correct but not coerce those who do not stand for truth.

To an informed Christian, the truth cannot be sacrificed on the altar of a bogus tolerance. Tolerance is often used as a smokescreen to secretly and safely retreat from orthodoxy. We are told repeatedly, all views have equal merit, and none should be considered better than another.

Practically everyone believes that lie. All persons are considered equal, but not all positions are. Anyone can have odd ideas, and he has a right to them, so I respect him and recognize his right to express his views. However, while he is equal to me, his ideas are not necessarily sane, scholarly, or scriptural. His ideas can be foolish and unsound, but he must realize that he should support his silly views with facts. To say we must be tolerant of all people and give as much equivalency to all ideas is nonsense.

However silly, a person may believe what he wants, and he may espouse those beliefs, but that does not mean his behavior must be accepted. There is no right to do wrong. Modern philosophy says that you can’t disagree with anyone since it will hurt his feelings. So? Such is life in the real world. If one takes that senseless position, then one can never disagree with anyone about anything. What a crock!

The Christian must always seek to do right in all circumstances, realizing it is never right to do wrong.

A Fundamentalist is incensed when lies are presented as truth, when evil is presented as good, and when the young and innocent are harmed. He is there when the depressed need a friend. He keeps his word at all costs and is known for his kindness, gentleness, and faithfulness. He eschews anger, wrath, malice, blasphemy, and filthy communication.

He is known for his humility of mind (esteeming others better than himself), meekness, longsuffering, blamelessness, and harmlessness. He lives in a crooked and perverse nation, among whom he is supposed to shine as a light in a dark world.

However, that light is flickering almost to extinction.

I have gladly accepted the term Fundamentalist knowing my critics and the ignorant have perverted its original meaning. They have done so because they cannot reply and are highly unkind, unfair, and uncivil when dealing with Fundamentalists. After all, tolerance only goes so far!

If I am a devoted Christian (a Fundamentalist), I will be careful about my morals, manners, and militancy. Bible Fundamentalists are known for their love of people, principles, and precepts—all with passion.

Christian Fundamentalists are not deranged, deplorable, demented, or dangerous but gentle, gracious, and generous people.

(Dr. Don Boys is a former member of the Indiana House of Representatives who ran a large Christian school in Indianapolis and wrote columns for USA Today for 8 years. Boys authored 19 books, the most recent, Reflections of a Lifetime Fundamentalist: No Reserves, No Retreats, No Regrets! The eBook will be available at Amazon.com  next week. Other titles at www.cstnews.com. Follow him on Facebook at Don  Boys, Ph.D., and visit his blog.  Send a request to DBoysphd@aol.com to receive his free articles, and click here to support  his work with a donation.)

The post Deplorable, Despicable, Dangerous ‘Fundamentalists’ Are Actually Something Quite Different appeared first on DailySurge.