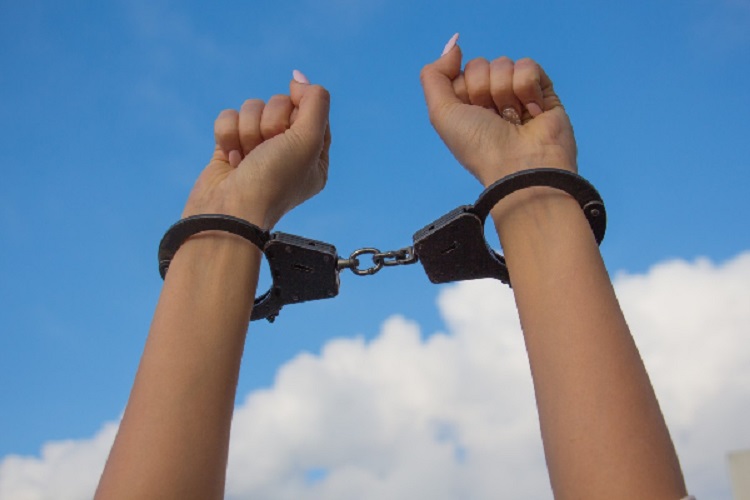 Surge Summary: As totalitarian-minded individuals in America aim to use the COVID hysteria to gain more and more control, only those who are spiritually minded –, ie, God-fearing men and women – can stop this process in its tracks. History provides grim examples of what happens when these kinds of people don’t stand up in opposition.

In accordance with the high-handed dictates of the oppressive Covid ordinances, Dr. Anthony Fauci proclaimed recently on MSNBC’s Morning Joe: “I’m sorry I know people must like to have their individual freedom … but I think that we’re in such a serious situation now that under certain circumstances, mandates should be done.” twitter.com/i/status/1425175802115678210

“Should” is used here as an imperative verb; it refers to an order, a command.

If it is up to non-elective government officials like Fauci to mandate masks, double masks, triple masks and treble vaccines, officialism will turn into despotism, and directorship into dictatorship, with Fauci sharing the ranks of Kim Jong-un, Joseph Stalin, Fidel Castro, Adolf Hitler, Benito Mussolini, and numerous other modern totalitarian dictators of similar ilk.

In assessing the assault against liberty and free speech through censorship, invalidation, exclusion, and coercion by Big Tech, Big Media, and Big Government, we view it as a divine message to American Christendom regarding its complete isolation and disconnection from the public square. In contrast to Jesus’ Kingdom assignment from Matthew 16:18, the Church in America has become irrelevant in the raging battle for ideological supremacy in the culture and public square. It is off-kilter, off-key, and has fallen by the wayside.

In Dr. Bruce K. Waltke’s accurate appreciation of Genesis 3:14: “The serpent’s final defeat under Messiah’s heel [3:15] is delayed to effect God’s program of redemption through the promised offspring. In the interim, God leaves Satan to test the fidelity of each succeeding generation of the covenant people [Judges 2:22] and teach them to fight against untruth [Judges 3:2].”

Reichsmarschall Hermann Göring [1893-1946] was without equal in his understanding of the profundities and obscurities of dictatorship. As one of the primary architects of the Nazi police state from 1933 to 1945, Göring supervised the formation of the Gestapo in 1933, helped establish the secret political police, and initiated concentration camps for the “corrective treatment” of opponents and resisters [i.e., those who wouldn’t follow his mandates].

Sentenced to death as a war criminal by the International Military Tribunal at Nuremberg in 1946, Göring committed suicide by taking cyanide the night before his execution. Göring saw dictatorship as not too difficult to achieve, since “All you have to do is tell them they are being attacked and denounce the pacifists for lack of patriotism and exposing the country to danger. It works the same way in any country.”

Deception and falsification are always involved in the process.

The German Reichstag Building, one of Berlin’s most famous landmarks, had opened in 1894 and housed the German parliament until it was severely damaged after being set on fire on February 27, 1933. Hermann Göring was one of the first to arrive on the scene.

An unemployed Dutch construction worker named Marinus van der Lubbe [1909-1934] was tried, convicted, and executed for setting fire to the Reichstag as a communist agitator. Claiming emergency powers, Hitler used the incident as a pretext to suspend civil liberties and basic rights, with the German cabinet drawing up the “Decree of the Reich President for the Protection of the People and State,” which, among others, abolished freedom of speech, assembly, privacy and the free press.1

The van der Lubbe case and conviction remain ongoing topics of debate and research in historical scholarship. In 2008, Germany posthumously pardoned van der Lubbe under a law introduced in 1998 to overturn certain cases of Nazi injustice.

Both the American journalist, historian, and novelist William L. Shirer [1904-1993], best known for his classic The Rise and Fall of the Third Reich: A History of Nazi Germany [1960], and the British historian Alan Bullock [1914-2004], author of the 776-page biography Hitler: A Study in Tyranny [1952], believed the Nazi Party itself was responsible for starting the fire.

With that in mind, the “hysteria” and “pervasive incitement of panic” fomented by Big Tech, Big Media, and Big Government – for a virus with a 99.85% survival rate – has set off alarm bells for lovers of freedom. The CDC acknowledges that “the statistics for children under the age of 18, that are healthy, … survival rate is 99.998% with no treatment. The influenza virus is more dangerous to children than COVID-19.”2 Regardless, Dr. Fauci continues to call for vaccinating the youth.

Let’s take a step back to review what has taken place since March 2020:

Two weeks to flatten the curve.

FDA revokes emergency use authorization for chloroquine and hydroxychloroquine.

FDA has not approved ivermectin for use in treating or preventing COVID-19 in humans.

Robert F. Kennedy Jr., banned from Facebook and Instagram for spreading “dangerous information” and skepticism over the COVID-19 vaccine.

In the not-too-distant future Americans will be quarantined for having opposing opinions to Big Tech, Big Media, and Big Government. It will put Dr. Daniel Stock in the crosshairs, who accused the CDC and other government health agencies of refusing to “read the science” in an appearance before the Mt. Vernon Board of School Trustees in Indiana last week. WATCH 7-minutes:

Big Tech, Big Media, and Big Government are now indistinguishable from the propaganda arms of Izvestia and Pravda in the former USSR. Take Big Tech’s Mephistophelean censorship of free speech in relation to an inflated COVID crisis, add its collusion with Big Pharma and Dr. Fauci’s “Panic for Profit” scheme, and mix this with culture’s secularization by the Supreme Court’s anti-God decisions over the last 50 years, and you’ll have the full recipe for widespread, systemic violation of American law. Last summer’s burning and looting of America’s cities by totalitarian Antifa and cultural Marxism’s Black Lives Matter was just the first course.

The upper hand in the spiritual battle for America can only be obtained by spiritual means. American Christendom must move out of the church building and into the culture if America is to remain the land of the free. Every church in America must have a pastor, elder, deacon, or congregant running for local office in 2022, 2024, 2026, and thereafter, if we are to make it through.

Secularism’s disastrous separation of Biblical knowledge, wisdom and worldview from public education in the early/mid 20th century has opened the floodgates of perdition, enabling “humanistic and utopian architects of our ‘progressive’ order [to erroneously assume] that our social order could remain stable and flourish without its foundation.

“The coming decades will accelerate our rapid decadent demise into pagan religion, economic decline and social decay, unless a renewal of Christian vitality is seen in the church by a recovery of biblical faith and truth for every area of life.”3

America is no longer what it once was: a melting pot of different cultures, people, and races, uniting to form an idiosyncratic nation with its own recognizable characteristics. All of us are now hyphenated Americans, with cultural Marxism “disguising itself as an angel of light” [to paraphrase 2 Corinthians 11:14] as it destroys cohesiveness in the culture, pits race against race, and appropriates Big Tech, Big Business, public education, academia, government, Hollywood, arts and entertainment, mass media, sports, and medicine.

We will have to get back to being one big family if we are to pull through.

Thankfully, Gideons and Rahabs are beginning to rise.

The post Freedom Not Up for Abandonment: Big Tech, Big Media, Big Gov’t and Pandemic Tyranny appeared first on DailySurge.