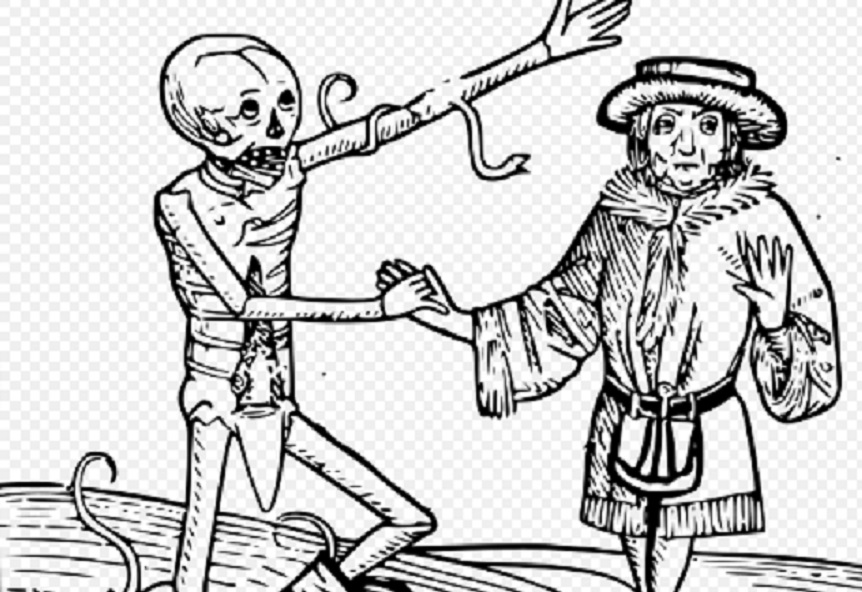 Surge Summary: History reminds us the “experts” have been wrong – quite often – when it comes to claims about deadly pandemics. Is that lesson being kept in mind today as the world faces COVID-19.

Historical plagues taught people of the affected areas much about the incompetency of experts in the realm of medicine, politics, theology, etc., but I’m not sure Americans have learned much.

When major plagues finally and mysteriously left a devastated country, interest in religious matters decreased because many clergymen died, and so many prayers were unanswered. Of course, God-haters have used unanswered prayer as an excuse for unbelief since the beginning of time. J. L. Cloudsley-Thompson wrote, “It is beyond the bounds of possibility for anyone to estimate the influence of epidemic disease on religion and philosophy. Nor can we clearly assess its influence on the material course of human history.”

The Greek historian Polybius (204-122 B.C.), known as the most reliable ancient historian, reported the whole of Greece had been visited in his time by childlessness and a general decline of the population resulting in the emptying of the cities and the failure of the land to render its produce. He said men refused to marry or, if they married, refused to have children. If they had children, they refused to rear them. He said that men went out of their way to be ostentatious, avaricious, and indolent.

Several historians believe the Greeks fell to the Romans because of malaria attacks, not marching armies. Malaria was rampant throughout the Greek world by 400 B.C. The malarial parasite killed infants, weakened unsuspecting children, forced the vacating of the best farmlands, and helped reduce Greeks into listless, lazy, and licentious people. As a result, the power and glory of ancient Greece became a mocking memory.

Some historians, in my opinion, give too much credit to the mosquito for the fall of Greece. It was a significant factor, but men must always be held accountable for their actions. Today, a man gets drunk, kills a carload of people, and pleads that he was not in control and should not be held responsible. Others tell us that sugar impaired their ability, and they lost control and should not be accountable for the results they produced. No doubt, there is some truth to those claims. The same was true in Greece. Malaria did make them listless, therefore, lazy, but they chose to be licentious.

In our time, duped, deceived, defiant, and destructive youth are dedicated to destroying our way of life. They are not innocent do-gooders but are devoted to changing our liberty-based government to a Socialist/Communist system. They are the enemy. Others are using the COVID threat to accomplish the same transformation: America should be dismantled or destroyed.

Significant change is happening in America with more changes ahead of us, and if we lose our freedom, the reasons won’t be that important.

The Greeks slowly lost their brilliance, which was thought to be the quintessence of original thought. This degeneration is evident in their art and literature and other areas of creativity. W.H.S. Jones wrote, “Their initiative vanished; they ceased to create and began to comment. Patriotism, with rare exceptions, became an empty name, for few had the high spirit and energy to translate into action man’s duty to the state. Vacillation, indecision, fitful outbursts of harmful activity followed by cowardly depression, selfish cruelty, and criminal weakness are characteristics of the public life of Greece from the struggle with Macedonia to the final conquest by the armies of Rome.”

Francesco de Sanctis, Angelo Celli, and others taught that disease has altered the world’s condition more than wars. Ancient Greece probably would not have fallen into the hands of Rome if it had not been for malaria. Are we not fools if we don’t consider the same or similar results from possible contagious diseases and biological terrorism we face today?

We can now add AIDS, flu, Ebola, and the Chinese Communist coronavirus to the scourges that have smitten mankind, taking their dreary toll. The Centers for Disease Control (CDC) reveals 36 million people have died of AIDS! The death toll from Ebola climbed to about 11,000 instead of the 1.4 million predicted by the CDC! Of course, the experts have been wrong numerous times during these COVID days. Even the notorious Bubonic Plague (the Black Death) that wiped out at least fifty million people in Europe during the 1300s has raised its vicious head, especially in Western states such as Idaho, New Mexico, Oregon, and California.

Has COVID taught us to be cautious about depending on the experts who can be weak, willful, whacky, and wrong? And in the case of Dr. Fauci—wearisome. Have we recognized the danger of repressing, ridiculing, and rejecting differing opinions? Are we willing to admit the media has become the enemy or at least is biased and self-serving?

About 85% of the COVID deaths could have been prevented if physicians had prescribed established inexpensive home treatment before the disease took control of patients. Wait until that truth reaches the bereaved relatives of the preventable dead!

The COVID fiasco should convince everybody of the dissension, danger, and deaths from politicizing medicine.

If we don’t learn from pandemic history, we are doomed to repeat it, and it is happening as I write and you read this warning.

(Dr. Don Boys is a former member of the Indiana House of Representatives who ran a large Christian school in Indianapolis and wrote columns for U.S.A. Today for 8 years. Boys authored 19 books, the most recent, Reflections of a Lifetime Fundamentalist: No Reserves, No Retreats, No Regrets! The eBook is available at Amazon.com for $4.99. Other titles at www.cstnews.com. Follow him on Facebook at Don  Boys, Ph.D., and visit his blog.  Send a request to DBoysphd@aol.com for a free subscription to his articles, and click here to support  his work with a donation.)

The post ‘Experts’ and Pandemics: Forgetting History Might Cause Us to Repeat It appeared first on DailySurge.