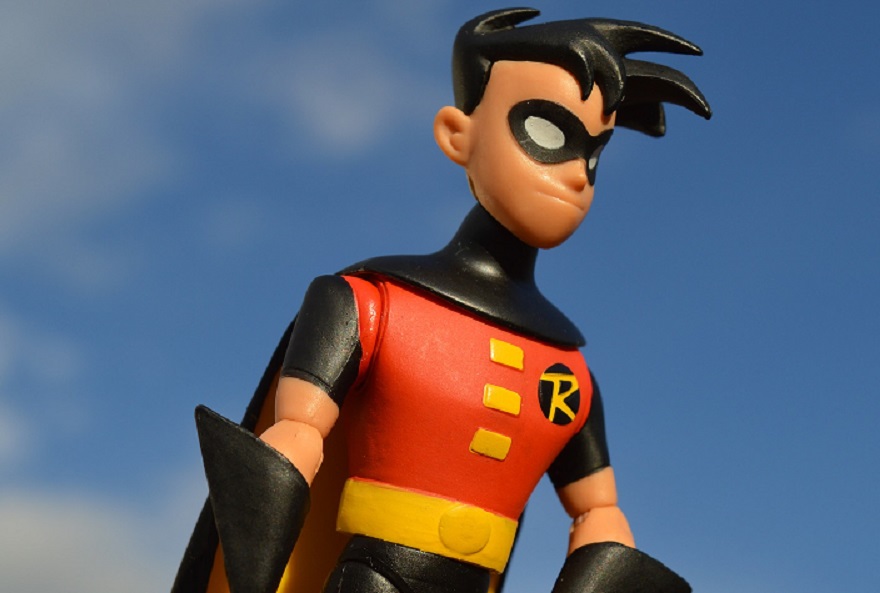 Surge Summary: As homosexual and transgender characters proliferate in the comic book world, readers are supposed to reject any notion that a pro-LBTQ agenda is at work — although many of those creating these storylines are pretty much admitting it lately.

In case you haven’t heard the news, Robin of “Batman and Robin” fame has been outed as bisexual. And in case you were unsure if he was simply exploring his sexuality or had determined for sure that he was bi, DC Comics made it official: “Tim Drake [the third Robin in the series] dates boys.” Robin now joins more than 65 other LGBTQ+ superheroes and villains – but be assured, no one has any agenda at all. Who would think such a thing?

Ten years ago, I wrote an article titled, “‘Mutant’ as a Codeword for ‘Gay’ in the X-Men Movies,” claiming that “the movies, along with the comic books, draw many clear parallels between the mutants and the gay and lesbian community.”

After the article came out, I was ridiculed on some gay LGBTQ websites for stating the obvious. “Of course ‘mutant’ stands for ‘gay’,” I was told. “You’re just discovering this?”

But, of course, no one has an agenda to promote, and no producers or screenwriters in Hollywood are trying to indoctrinate anyone. Perish the thought.

It’s the same with the comic book industry. No one has an agenda, and there’s no attempt to indoctrinate or influence the readers. It’s just a coincidence that, as of 2017, there were 65 LGBTQ+ superheroes and villains. And it’s just happenstance that last year, the first, major transgender superhero was announced on Marvel Comics. No agenda at all!

Writing for Out.com in 2017, Jase Peeples noted that, “LGBT heroes and villains have been making the realm of superheroes a more colorful place for nearly 40 years. From gay martial arts masters and lesbian detectives to bad-ss bisexual antiheroes and transgender magicians, these are 65 characters that’ve left their mark and helped change the genre.”

First on the list was Batwoman, a lesbian: “Originally introduced in 1956 to silence critics who claimed Batman and Robin were gay lovers, Kate Kane was reintroduced in 2006 as a lesbian who became one of Gotham’s caped crime fighters after her service in the U.S. Army was cut short when her sexuality was discovered while the military’s ‘don’t ask, don’t tell’ policy was in effect.”

But, quite obviously, the writers had no ideological or political agenda in making Batwoman a lesbian. How silly.

“‘And very soon. In a movie that we’re shooting right now,’ Marvel Studios boss Kevin Feige said during a Q&A at the New York Film Academy.”

Not to be outdone by Marvel, in March of this year, DC Comics announced that, “Supergirl’s Dreamer will be making her DC Comics debut in an upcoming Pride anthology introducing TV’s first transgender hero to the comics!”

But even this was old news of a sort, since the trans hero, Nia Nal, had already appeared on the CW network on TV. Yes, “Dreamer is the first transgender superhero to ever appear on television. The character’s popularity has led to the character being adapted into the comics for the first time.”

But, of course, there’s no agenda of any kind and no attempt to promote an ideology. It was just a matter of time and percentages playing out. Soon enough, there had to be gay and lesbian and bisexual and transgender superheroes, right?

Alex Jaffe, a writer with DC Comics, explained, “Queer coding in comics, the idea of expressing your true self through a colorful costume as you hid your dual identity from the world, was once considered too scandalous for a largely homophobic nation. As queer kids were finding a piece of themselves in characters like Robin, judges and psychologists and even the comic book publishers themselves, wary of a culture turning against them, did everything they could to censor queer themes from comics for decades to come. But even as those themes were stifled, speculation on Robin’s sexuality has never stopped.”

So, the very fact that you had superheroes leading double lives, appearing one way in their day jobs and another way in their secret, superhero lives, was a parallel to being gay or trans back when America was so homophobic and transphobic. And those colorful costumes, weren’t they a complete giveaway?

Really now, I have to kick myself, wondering how I could have missed this as a boy watching Superman episodes religiously. Surely there was something else going on. And how did I not realize that something was funny between Batman and Robin? After all, when do two men work closely together without being gay (or, at least one of them being bi)? And how I could not realize that Batwoman was a lesbian? Was there any other choice?

All sarcasm aside, I’m sure that people who are marginalized by the society see themselves in characters who appear in film and in writing, and that gives them a sense of identification. As always, my hope for each of them is that they find God’s purpose for their lives and discover full acceptance with Him, regardless of how society treats them.

At the same time, we would have to be utterly naïve to think that many of the comic book writers (along with their counterparts in film) have not had clear and definite agendas. And we shouldn’t be surprised when young comic book readers want to be like their favorite superhero, not just in terms of their superpowers but in terms of their sexuality.

Image adapted from: by ErikaWittlieb from Pixabay

The post Psst! Batman’s Robin Is ‘Bi’ (But Don’t Worry, Nobody Has an Agenda …) appeared first on DailySurge.