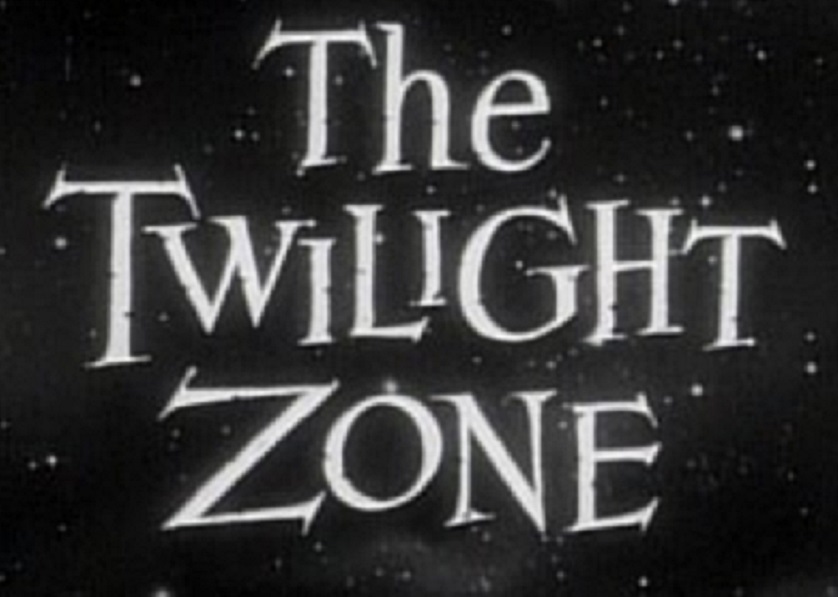 Surge Summary: The Mainstream Media’s biased coverage of everything has created a kind of “Twilight Zone” — twisting the truth about Christians, racism, COVID-19, even the fiasco in Afghanistan.

We’re so far beyond media bias that we’ve entered the Twilight Zone, where nothing is as it seems.

Imagine, if you will, a secure border. You can because the media are blacking out the reality. Hundreds of thousands of illegals are streaming into the United States and are being bused around the country.

Despite the extreme severity of the crisis and its implications for America’s future, TV network coverage of the border has plummeted 96 percent since March, according to the Media Research Center.

There’s nothing to see here, folks. Let’s run another story on the Jan. 6 “armed insurrection,” the “worst threat to democracy” since George Washington misplaced his false teeth.

According to the overwhelmed Border Patrol, the Illegal alien surge includes drug smugglers and hardened criminals, plus people from many countries, not just Central America or Mexico.

As many as 20 percent of illegal immigrants have COVID-19. Under Mr. Biden, the border has evaporated while he and the media blame Donald Trump, who had it under control.

Meanwhile, as we watch shocking footage of the Taliban’s sweet revenge, especially on women, we might recall Joe Biden’s words on July 8: “The likelihood there’s going to be the Taliban overrunning everything and owning the whole country is highly unlikely.”

As Obama’s vice president, this is the guy who opposed the mission taking out Osama bin Laden.

On August 13, as the Taliban neared victory and U.S. personnel fled, State Department spokesman Ned Price actually claimed: “This is not abandonment. This is not an evacuation. What this is, is a reduction in the size of our civilian footprint.”

To her credit, at least one reporter (who I hope is still employed) defied the usual sycophantic press posture toward Biden spokespeople.

Christina Ruffini of CBS said to Mr. Price, “There is no way you can sit there and say that the people of Afghanistan watching the Taliban take over provinces, watching their country crumble, are now going to watch American diplomats get on military planes and leave the country that [this] sends a signal that the U.S. is with them in the long haul diplomatically.”

Much of media bias is committed via omission or misdirection. Instead of focusing on America’s actual enemies, Hollywood and media elites set up evangelical Christians and devout Catholics as dangerous theocrats.

“Star Trek: Voyager” star Tim Russ on Aug. 16 tweeted: “The Taliban are as fanatical about their beliefs and culture as the millions of people right here in the U.S. who believe in religion, conspiracy theories, and alternate reality.”

On August 14, MSNBC host Joy Reid also made a direct comparison to the Taliban, tweeting that “our own far religious right” is “dreaming of a theocracy that would impose a particular brand of Christianity” on America.

Does she have the slightest clue about what the Taliban does to women caught without a burka or trying to get an education? She went on to accuse Christians of wanting to “drive women from the workforce and solely into childbirth, and control all politics.”

“What a plainly stupid remark,” commented Catholic League President Bill Donahue. “Perhaps she can explain why a record number of Republican women—35 of them—were recently elected to the Congress. They are all Christians.”

Last Wednesday, MSNBC’s lead website story by Dean Obeidallah criticized Republicans for opposing abortion and opposing more taxpayer-funded pork for leftwing feminists. After disingenuously claiming that “nobody is saying the GOP and the Taliban are equally bad,” he did his best to make that case, concluding that Republicans are plotting to make their “religious beliefs into the law of the land.”

But wait, there’s more. In addition to the “white nationalists” pegged by Joe Biden as the nation’s biggest terror threat, the Department of Homeland Security has identified more potential terrorists, with help from NBC to narrow it down.

So, if you question the government’s evolving COVID-19 narrative, believe the 2020 election had inexplicable anomalies (like loser Trump winning all bellwether states and 18 of 19 bellwether counties), or are excited about Christmas or Hanukkah, you might just fit DHS’s terrorist profile. You fit the one concocted by NBC.

Here’s how the segment went:

Mr. Holt: “A new terror alert has been issued by the Department of Homeland Security. Peter Williams is here. Pete, what do we know about this?

Mr. Williams: “Well, DHS says this new terrorism advisory is not based on any actual threats or plots (italics added), but it says there’s a rise in anti-government rhetoric. Some of it is opposition to COVID-19 public health rules like mask and vaccine measures; some calls for violent action are based on claims of election fraud (Wait. Didn’t DHS say there were no actual threats?) or a belief that Donald Trump can be reinstated.

“And DHS says the coming 20th anniversary of the 9/11 attacks and religious holidays later this year could be catalysts for violence…. domestic extremism remains a threat priority, Lester.”

One thing for sure is that Democrat administrations are fond of singling out Americans they regard as political opponents. DHS under Obama targeted combat veterans and pro-life activists as top potential terror threats. The IRS went after the tea parties. And the media are all in on the Left’s defunding the police.

If you live in the media’s Twilight Zone, you can’t help but think America is wicked and systemically racist. You believe cops are bad, illegal aliens are good, Christians and veterans are scary, and that anyone questioning mask or vaccine mandates is an enemy of the state – and now, a potential terrorist.

The post The Media’s Twilight Zone: Distorting Everything, Including Afghanistan Coverage appeared first on DailySurge.