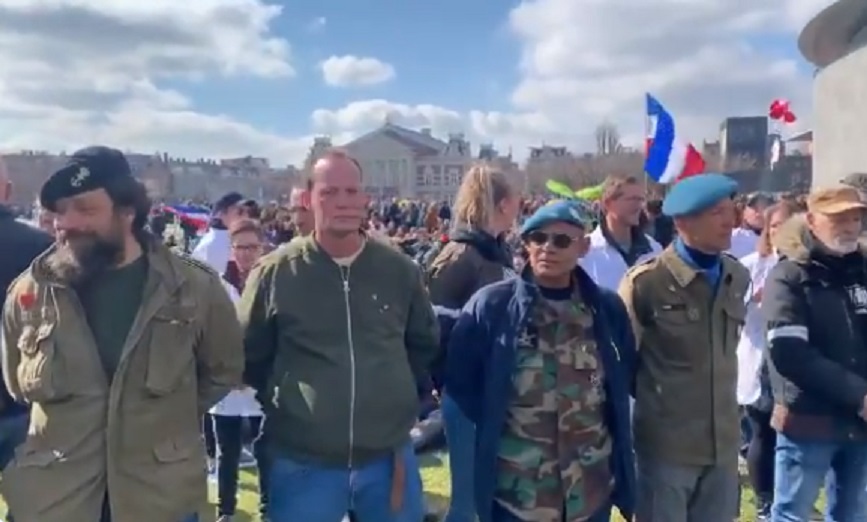 Surge Summary: How odd it is that, in some ways, populations around the world are standing up to protect their liberties more than the people of the United States of America. What ever happened to the Declaration of Independence?

“Rebellion to tyrants is obedience to God!”

Yesterday, while doing the radio show, I found myself asking the question to 153 cities why it is that the French, the Germans and the English know how to act more like our forefathers than most Americans do?

Why is it, friends, that the U.K., the Netherlands, Japan, Israel, Australia, Amsterdam, Israel, Austria, Belgium, etc. are up in arms and in defiance against the tyrants in their perspective countries and yet, Americans are trying to still figure out if they are being lied to by the same people that have been lying to them for decades (John 8:44)? Shameful (Jeremiah 6:15)!

Americans, let me ask you, what is 75% of the Declaration of Independence entail if not our forefathers teaching all of us the importance of taking responsibility before God, who gave us our rights (“that they are endowed by their Creator with certain unalienable Rights”), in dealing with corruption and establishing “New Government”?

“That whenever any form of Government becomes destructive of these ends, it is the Right of the People to alter or to abolish it, and to institute new Government.”

Though I prefer reformation and not a revolution, we must understand that what is taking place globally is a provocation of war.

For those that still do not understand what is taking place here in America and globally, let me clarify: the war has already started, and it is long overdue that the people in this country get into that war for the very purpose of ending this criminal conspiracy (Isaiah 28:18).

Americans must take their rightful place (Psalm 33:12) and open their eyes to their own history and stand up and lead the way to freedom (2 Corinthians 3:17).

We must also remember that the ones creating these crises are not the ones doing the fighting (The powers that are tolerated are bribing and extorting politicians to push forth their agendas; Luke 22:48).  They are merely the ones that are doing the lying, the killing and the dividing; and we should all know better than this (John 10:10).

If you want to make America great again, then we are the ones that are responsible to make that happen (1 Timothy 4:16).  We must establish our liberties once again in the ways in which the Lord has commanded through His judgments (Deuteronomy 4:6; Psalm 9:16, 89:14, 97:2; Isaiah 26:9; Jeremiah 9:24).
It is time to lawfully deal with these devilish perpetrators and put an end to their contrived agendas (Jeremiah 11:9).

In doing so, I revert and make reference to that of the U.S. Constitution’s preamble: “We the People of the United States, in Order to form a more perfect Union, establish Justice…,” which, in the end, guards our liberties!

Watch what the mainstream media globally means to censor – As the world is in protest.

The post  French, Germans, English Acting More Like Children Of America’s Forefathers Than Most U.S. Citizens appeared first on DailySurge.