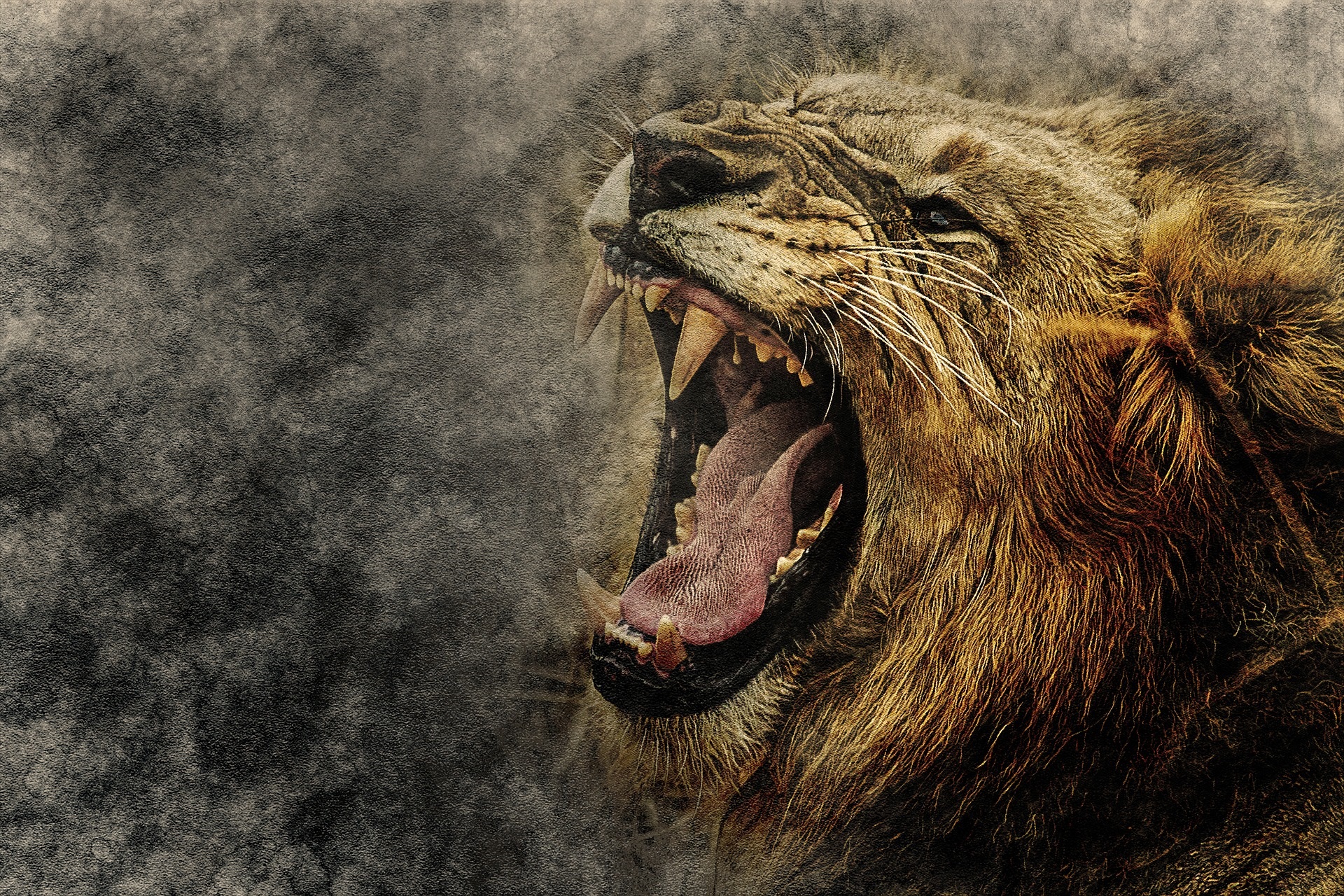 Surge Summary: People who object to the hunting of dangerous, wild animals have their priorities mixed up. When it comes to human lives versus animal lives … the former always ought to get priority.

Non-thinking animal worshippers whine at the trophy killing of a lion in Zimbabwe while people living in the area rejoiced. The Daily Mail headlined the story of “Mopane” killed by an American trophy hunter with a bow. The Mail asks, “How could this savagery roar back? Six years ago, the slaughter of Cecil the lion by a Minnesota dentist horrified the world. Now, writes Tom Leonard, this magnificent beast has been shot with a bow and arrow by another trophy hunter.”

The article declared of Mopane, “Although he had a troublesome reputation in his youth, Mopane had settled down, become a father and formed a pride with a subordinate male named Sidhule, two adult females and six young lions.” The author used human experiences to describe a lion as if Mopane was a pathetic human who had turned his life around by forming a polyamorous family.

Hand me a barf bag. And a polyamorous family is more deplorable than the tooth-and-claw life of wild beasts since those actions are normal, but polyamorous living is abnormal for the human parallel.

While honest people can debate trophy killings to increase one’s ego, or as a personal challenge, etc., and not to provide food, that alone does not justify the ritually excessive reaction to trophy hunting. In Judges 14, Samson killed a lion but did not take it as food or trophy, but he will forever be known for killing a lion with his hands.

Generally, the killing of an animal should result in people eating the meat. Proverbs 12:27 says, “The slothful man roasteth not that which he took in hunting: but the substance of a diligent man is precious.” So, if one does not eat the meat (or give it to others), he is slothful: deceitful and fraudulent.

Most critics are not aware that usually, a trophy hunter’s kill feeds scores of hungry natives. That’s one reason, although not the main one, that people living in villages in Africa, India, etc., are delighted when a lion, tiger, leopard, snake, or such is killed. After all, natives live with daily fear while superficial, farcical, chattering city-dwellers weep copious tears over a dead beast who lives only to prey on other beasts and, at times, humans.

In the security of civilization, Americans respond to a trophy kill with chest-beating, caterwauling, and macabre mourning as they weep, whine, and whimper about the killing of a lion with a name! Since when do wild animals have a name?

African villagers don’t care who kills the lions, when they are killed, or how they are killed as long as they are killed. There is rejoicing when a lion or similar predator is killed. Stupid, sheep-like, non-thinking Americans whine on cue as radical animal worshippers play their silly tune.

African natives who live in constant fear of deadly animals, especially lions, do not care if a lion was lured off a reserve, or baited, or if the shooter had a license. They just want lions dead so they can live safely in their village. In a choice between wild animals and people, I choose people every time.

A Zimbabwean graduate student in the U.S. said, “In my village in Zimbabwe, surrounded by wildlife conservation areas, no lion has ever been beloved or granted an affectionate nickname. They are objects of terror.” He is right, and as the Apostle Peter wrote in II Pet. 2:12: “But these, as natural brute beasts, made to be taken and destroyed….” It was not wrong to kill “Mopane.”

The hunter should be applauded, not attacked.

It is shocking the number of people who get more alarmed, anxious, and angry when wild beasts are killed than when millions of babies are aborted or children are shot each day in Chicago, Baltimore, Washington D.C., New York City, and other Democrat-controlled cities.

How about some perspective on this matter?

Alaskan health officials, in 2019, revealed, “68 people in the state were hospitalized for injuries sustained in 66 bear attacks from 2000 to 2017. Ten people died as a result of bear attacks during that period.”

Last Monday, a grizzly bear attacked a 55-year-old tourist in Denali National Park and Preserve. The tourist survived the attack. In July, a camper was killed when pulled from her tent by a grizzly in Montana. Again, there was no provocation, no cubs to protect. A backcountry guide also died from his injuries in April after a grizzly attacked him in Yellowstone National Park. There have been eight reported bear attacks in 2021—two resulting in fatalities. Authorities are very concerned about bears in American cities invading homes and swimming pools.

Humans have been attacked by wild creatures since Adam and Eve were expelled from the Garden in disgrace. The snake has never been a friend to mankind since that time.

While attacks by bears, sharks, and alligators make the news, the lowly mosquito is the deadliest creature to man. They are responsible for about one million deaths each year globally.

It’s acceptable to swat or spray a mosquito, but we must leave “noble” beasts alone.

No bear, shark, alligator, or mountain lion is worth the life of one precious child—or adult, and I am weary of animal rights fanatics rushing to the defense of vicious predators after an attack on an innocent human.

Fanatics tell us that animals, even the vicious ones, are equivalent to humans and should have the same rights as humans. PETA’s co-founder Alex Pacheco said, “We feel that animals have the same rights as a retarded human child.” Alex is not only common sense deficient but scripturally deficient because Luke 12:7 tells us, “Ye [humans] are of more value than many sparrows.”

We are told these predators are often confused when near humans. Sharks have poor eyesight, and often bears only want to protect their young. Alligators are simply defending their territory. Sure, like when an alligator stalked and dismembered a female jogger. Her arms were found in the stomach of the captured alligator. There have been 23 confirmed (plus 9 unconfirmed) fatal alligator attacks in Florida since 1948.

Fanatics tell us even bugs and insects have legal rights. Even cockroaches “have a right to live” and serve the environment by being “efficient little garbage collectors,” opined a straight-faced fanatic.

It’s incredible that sane people, hearing such nonsense, don’t fall to the floor holding their sides in laughter. Or maybe tears would be more appropriate for a world gone stark raving mad. And “nuts” is a reasonable and proper description.

Sharks are noble creatures and are “gentle,” and can be “trusted.” Yea, tell that to children who have had their arms or legs severed by one of those “gentle” creatures. Tell that to the parasailer soaring just above the water when a “gentle” shark leaped out of the water and bit his foot. Tell that to the eight humans who are killed each year by those “trusted” sharks. Sure, you can trust a shark—to be a shark—just as you can trust a loony leftist to be a loony leftist.

I suggest we capture more of the predators and place them in our zoos and wildlife parks. That way, they will be cared for and propagate profusely to be available for future generations. Let’s have zoos even in small towns and cities.

Then I recommend that vicious animals be considered what they are: a threat to society. Make open season on all bears, sharks, alligators, and mountain lions. Let genuine bear rugs become a status symbol in American homes. Few items are as unique as a well-made pair of alligator shoes, and with the killing of so many of them, the price of alligator shoes and belts would plummet.

I am not defending the torture of animals since that speaks volumes about the torturers. Children should be taught that a gracious God provided animals to provide us food, clothing, shoes, milk, etc. We know there is a connection with kids who torture animals and later kill humans. The Bible commands us to be kind to our beasts; however, there is a big difference between a cow or horse and a rampaging bear, alligator, mountain lion, or shark.

Remove the predators from society except for the zoos. Maybe even pay a bounty for each one killed! Get serious about human lives. It would also guarantee the existence of vicious wild beasts.