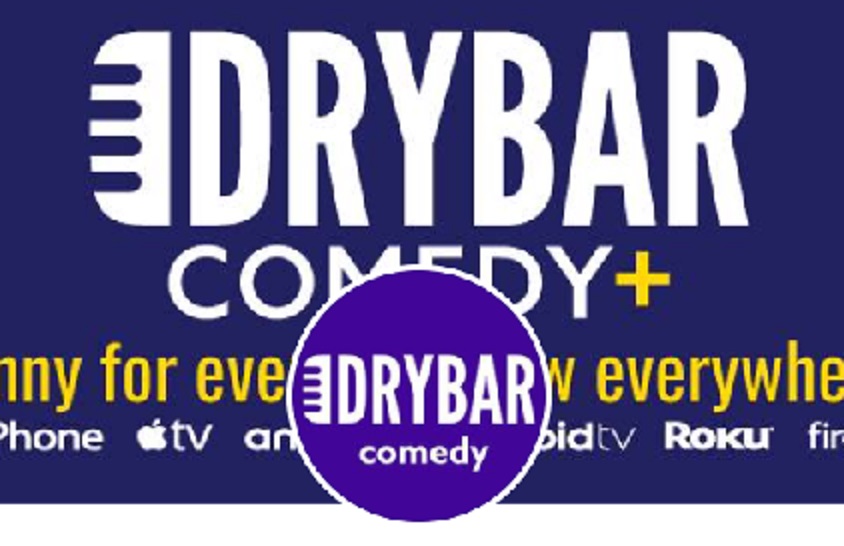 Surge Summary: An up-and-coming comedy company is promoting humor which forswears lewdness, profanity and coarseness. Families are being entertained and previously overlooked comic talent is being discovered as a result.

These are dark times, but we need some comic relief if only to preserve our sanity.

Dry Bar Comedy is not for everyone. If you crave foul language, dirty jokes, and “woke” political commentary, you might want to skip this upstart comic production company based in Utah.

On the other hand, if you want to watch accomplished comedians ply their stand-up art minus offensive elements, Dry Bar is the way to go. It’s part of a fast-growing counterculture amid an explosion in online entertainment.

In 2020, Americans spent more than $30 billion on digital amusements, a 21 percent increase from 2019, according to Statista.com. The sheltering-in-place COVID-19 economy accounted for much of the increase, no doubt.

But an underreported phenomenon is the rise of an entertainment genre outside Hollywood that appeals to Americans tired of the violence, sex, and foul language found in most Hollywood products.

For years, Christians and others have been building an alternative society under the media’s radar, with schools, books, and movies that convey traditional values or at least don’t violate them.  But it’s been only recently that production quality has ticked up exponentially in the film and TV genres.

Just because something’s inoffensive doesn’t mean it lacks depth or sophistication. Dry Bar Comedy is a challenge for comedians for two reasons:  They have to avoid the temptation to descend to cheap, dirty humor, and they have to get laughs from a clean-cut audience (Provo is home to BYU) that hasn’t been lubricated with alcohol. The material has to be funny, period. No excuses.

Filmed in an alcohol-free former bar in Provo, Utah, Dry Bar is produced by VidAngel, a company dedicated to clean entertainment.  The company’s most famous product is the ongoing series about Jesus, “The Chosen,” which just wrapped up its second, eight-episode season.

The largest crowd-funded series in history, with more than $10 million raised, “The Chosen” streams for free on its own app and can be seen on PureFlix. The series, which has garnered more than 194 million views, recently was added to NBC’s Peacock Network, its first major secular carrier.

Meanwhile, Dry Bar has found its own audience, with eight million followers on social media and two billion views since its launch in 2017, according to Keith Stubbs, a veteran comedian who books the acts.

Mr. Stubbs, who grew up in South Carolina, sums up his life right now: “married, kids, happy.” A former stockbroker with Paine Webber, he began doing standup comedy in 1991 in Los Angeles and traveled a lot.  “I opened for [Bill] Cosby in Salt Lake City. Cosby was very nice, and this was all before the awful stuff happened.  I also opened for Jim Gaffigan, Joan Rivers, and country artists.”

In 1996, he got into managing comedy clubs in addition to performing. When brothers Neal and Jeff Harmon, who started VidAngel, opened the Provo club in 2017, they brought in Mr. Stubbs because he was a comedian himself and “knew lots of people in the business.” More than 300 comedians have since taped Dry Bar shows.

The unique format allows people to “vote” for their favorite comedians on the app through tips and according to audience share.  If the comedians stay family-friendly, they get bonuses.  In June, Dry Bar uploaded its entire library to its new app.

I asked Mr. Stubbs if recording the acts would limit their appeal once viewed. “It’s no problem,” he said.  “When viewers watch Late Night, Netflix, Comedy Central, when they see a Brian Regan, they want to see those jokes again.  Expecting all new stuff is like expecting the Eagles to play all-new material and not ‘Hotel California’.”

Comedy is subjective just like music, he says. Some comedians get more laughs than others, but it often depends on the mood of the audience.  A comedian can “kill” one audience and fall flat later.

“It keeps comics on their toes,” he said.  “You could do the same stuff, getting laughs two hours before, and now it’s getting nothing. Could be the delivery, the environment.”

What about a joke bombing?  “You need to bail out of a bad situation. Johnny Carson was great at it.”

Plans for the near future include resuming a Dry Bar comedy tour. “We feature different Dry Bar comedians in various cities. We’re going to start touring again at the end of this year,” he said.

One of the most gratifying aspects of his job is to provide a forum for deserving comics who had not been discovered.

“A lot of comedians for whatever reason have not had their day in the sun. I know some comedians who are funny that haven’t been seen. [After being on Dry Bar], their schedules are now full of theater gigs and corporate gigs. It’s not that they weren’t funny before but now they have a lot of people laughing.”

Does he ever have a problem with a comedian surprising the audience with blue material?

The short answer: No. “We’re pretty upfront about what Dry Bar is about.”

The post Despite Modern, Compromised Culture, Comedy Company Proves: Laughs Don’t Have to Rely on Filth appeared first on DailySurge.