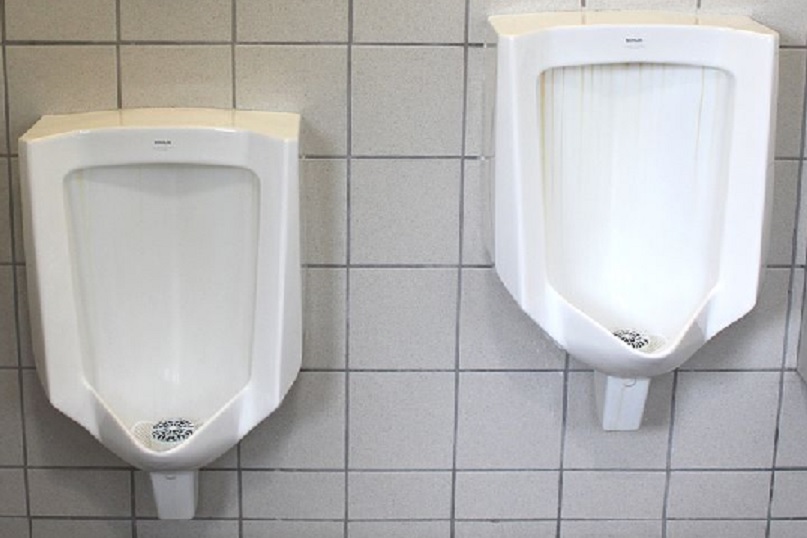 Surge Summary: A middle school in Loudon County, Va is removing urinals from its formerly titled “male restrooms” – because officials don’t want “transgender males” to be offended. Thus, the LGBTQ craziness continues – a cycle that has been deepening for decades.

It’s bad enough that a middle school in Loudon County, VA, has decided to remove “male” and “female” signs from its bathrooms. But in an even more extreme nod to social insanity, this same school is removing the urinals from the boys’ bathrooms. Why? It’s because a number of biological females, who identify as males, are offended by the presence of urinals.

So, rather than point out to these females that they are not really males (otherwise, they’d have no problems with urinals), the school turns the world upside down to accommodate them.

This is the direct result of school policy 8040, which states, “LCPS staff shall allow gender-expansive or transgender students to use their chosen name and gender pronouns that reflect their gender identity without any substantiating evidence, regardless of the name and gender recorded in the student’s permanent educational record.”

So, no substantiating evidence is needed, and, the policy states, all teachers must comply with the students wishes.

In other words, impressionable students, including young children who haven’t the foggiest idea about sexual and gender realities, can simply declare their new identity, and the school must change their records accordingly. And woe be to the teacher or administrator who dares question this cultural madness.

Appropriately enough, the policy is titled, “RIGHTS OF TRANSGENDER AND GENDER-EXPANSIVE STUDENTS.” Gender-expansive? What does that even mean? Welcome to the new reality.

Of course, the problem with this new reality is that it has nothing to do with reality at all.

A biological boy who calls himself a girl is still a boy, and vice versa, no matter how much compassion we want to show them in the midst of their gender confusion.

That’s why that girl cannot use a urinal: because she is not a boy. And saying this is neither hateful nor bigoted. It’s simply telling the truth.

But alas, we live in an age when truth has been displaced by perception, resulting in men’s bathrooms on college campuses having tampons on hand, because “men can menstruate.”

And when “breastfeeding” is replaced by “chestfeeding,” lest “men” breastfeeding their children feel offended.

And when you read stories stating, “When Jesse Ballard found out he was pregnant, he was shocked yet excited.” (Jesse, the “husband,” is the biological female, impregnated by his “wife,” who is the biological male.)

And this is something we are supposed to celebrate. In reality, for all involved, it is heartbreaking. Surely, God has a better way.

Unfortunately, these decisions to do not only affect the individuals making choices for themselves. Instead, they affect others living or working or going to school with them.

As David Kubal pointed out in his article about the urinals being removed from a school in his district, the perceived needs of roughly 0.3 percent of the population, now turn the world upside down for the other 99.7 percent.

Accordingly, he writes, because of this tiny percentage of people in Loudoun County:

That’s why, in 2011 in the context of the trajectory of LGBTQ activism, I asked, “How far have we already deviated from the path? Where will this current trajectory take us? If our college kids can describe themselves as ‘genderqueer dykes’ and ‘transgender gay males,’ what is coming next? How about the ‘trans child’? How about ‘queer in the crib?’”

How about the bathrooms in your children’s schools removing male or female identification and all urinals removed lest they offend biological females who identify as males?

The reality is that, based on where things have been going for several decades now, none of this should surprise us. The big question should be: if we don’t stand together and help turn the tide, what’s coming next?

I’m all for helping kids who are deeply confused about their gender identity and suffering real internal pain. I’m also sure that the current LGBTQ trajectories will do far more harm than good. Can we not all see this where this is going now?

On Wednesday, August 25, I spoke with Wade Byard, a spokesperson for the Loudoun County, VA schools. He denied categorically that there is any plan to remove urinals from any school bathrooms or that male and female signs are being removed. I then reached out to David Kubal, President, and CEO of Intercessors for America, a resident of the county and my original source for the story. He assured me that as of August 21, when his article was posted, there were active plans to remove the urinals as well as the male and female bathroom signs, claiming firsthand confirmation from two inside sources.