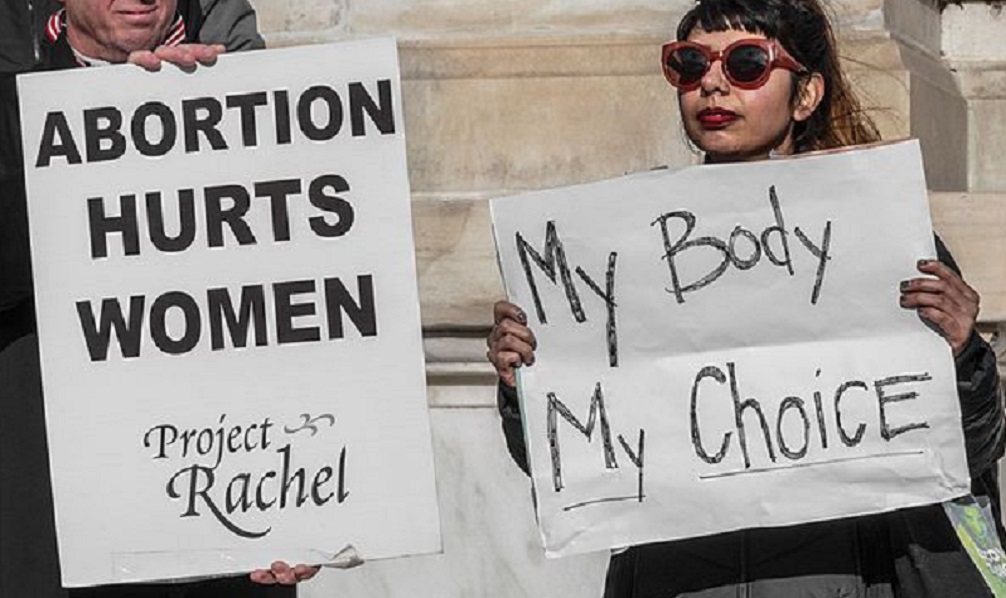 Surge Summary: There are many reasons for people who adamantly support a “woman’s right to choose abortion” to reconsider their position. Unborn children’s lives matter. Their mothers’ lives matter. Life matters.

If you are a woman who believes that it is your moral right to have an abortion, you are likely quite angry or frightened over the enactment of the Texas Heartbeat Bill. All the more is the case if you live in Texas. And you likely think that people like me, conservative, male, pro-life Christians who are glad to see the bill enacted, are heartless, controlling, misogynistic monsters.

After all, you reason, what gives us the right to tell you what you can do with your own body? What makes us any different than the religious fanatics in other countries who put all kinds of restrictions on women? And how dare we interfere with these critical, life-impacting decisions that only the woman should make? Who do we think we are?

What about the 15-year old girl raped by her drunken neighbor, only to find out that she is pregnant? What gives us the right to force her to carry this baby to term, tormenting her with the memory of that rape every day for months as her body grows and changes? How can we require her to bear the shame of that rape before her friends and schoolmates and family members, most of whom would not have learned of the rape if she had been allowed to have an abortion? And how can we claim for a moment that, for this young woman, an abortion is not the compassionate and best choice for her life?

What about the married couple so excited to welcome their first child into the world, the child they dreamed of having for years, only to learn that the baby has a serious birth defect and will not likely survive? The best case scenario is a few years of life, but only with great pain and suffering, coupled with massive, crippling hospital bills. Is it fair to bring this child into the world knowing what lies ahead? Can the parents survive the upheaval that the baby’s suffering will bring on them? Doesn’t love require making the difficult decision of abortion?

Or what about the single mother of three young kids who can barely make ends meet as she juggles caring for her children while working a job? She and her boyfriend didn’t intend for anything to happen, but the birth control failed, and now she is pregnant again. He took off as soon he heard the news, and she is already beyond stressed with life as it is. To add one more mouth to feed seems cruel – cruel to the other kids and cruel to the mom, who is at her breaking point. Isn’t abortion the practical choice?

Obviously, as a man, I cannot put myself in the shoes of these women. But I write this to say, “I can understand how you view people like me, and I can understand why, in your mind, abortion is often the most compassionate or, at least, most pragmatic choice.”

I would only make this appeal to you: will you take a few more seconds and consider the pro-life side of things?

Do you realize that, at the moment of conception, the child in your womb receives its unique coding – to be precise, three billion base pairs of DNA coding? One science website explained that, “If you stretched the DNA in one cell all the way out, it would be about 2 meters long and all the DNA in all your cells put together would be about twice the diameter of the Solar System.” Put another way, at conception, this baby, which is barely visible to the human eye, “contains more information than fifty sets of the physical 33-volume set of the Encyclopedia Britannica.”

All that is planted inside that tiny baby as soon as the egg and sperm join together, almost miraculously. Talk about meticulous and careful planning. Talk about evidence of design. And it is at that moment we believe God breathes life into that little one. At that very moment, you are pregnant with a girl or a boy (or twins or more).

You can call the baby a clump of cells or a mass of tissue or a tumor or an “it.” But this is a “who,” not an it, a “who” that has been carefully formed in your womb with purpose and destiny and potential, even if by rape or by accident. It is God who gave this little one life, and that life is sacred.

The Texas Heartbeat Bill bans abortions after six weeks gestational age, which is four weeks from fertilization. Remember that “At 3 weeks [from fertilization], the pre-born child’s heart is in an advanced stage of formation. His eyes begin to form, and his brain, spinal column, and nervous system are virtually complete.”

Of course, you cannot ask the baby inside your womb how she or he feels about being born. But you can ask survivors of abortion whether they are glad they survived, and to a person, they will say yes. They are also, almost certainly, pro-life today.

And you can ask men and women who were conceived in rape if they are glad their mothers did not abort them. They too will say yes. In fact, some of the finest, most compassionate people I know on the planet were conceived in rape. They have done so much good to help so many people, but only because they were allowed to be born.

Also, according to a major survey published in 2011 by the American Journal of Medical Genetics, “The vast majority of parents said they have a more positive outlook on life because of their child with Down syndrome. And, nearly 90 percent of siblings indicated that they feel like they are better people because of their brother or sister with the developmental disability.”

Yet mothers carrying babies with Down syndrome are commonly encouraged to abort their babies, even told they should “end” the “thing” in their womb. (For the dreadful situation in Iceland, read this.)

As for children with severe health issues, the obvious question is: Where do we draw the line? And, if it’s wrong to bring a child into the world who will only suffer pain and sickness, why not terminate a three-month-old infant or a two-year-old toddler if their suffering is intense? The obvious answer is, “Because that’s a child.”

But what if it is also a child inside in the womb? Wouldn’t that same argument hold true?

This is why we are so adamantly pro-life. It is not because we are heartless. It is certainly not because we are misogynistic. (Many, if not most, of the key pro-life leaders are women.) It is because we recognize that, the moment a baby is conceived, it is a human being with rights and dignity and purpose, and no one has the right to snuff out the life of that child.

That’s a little human being in there, and they already love their child, sight unseen.

Now, in saying all this, I don’t expect you to change your position on the spot, as if you never thought about this before. But I write all this to you for three reasons.

First, understand that those of us who hold dear the value of every human being, beginning in the womb, are not your enemies.

Second, if you’ve never studied the development of a baby in the womb or – this is quite jarring and shocking –looked seriously and thoughtfully at pictures of aborted babies, may I respectfully ask you to consider doing so?

Third, know that, while we are thrilled to see the Texas bill enacted and hope that it will be the first of many similar bills nationally, many of us are thinking about you too. We are saddened and burdened because of your own fear and anger and are praying for God’s best in your lives.

As pro-life followers of Jesus, we care about your life too.

The post An Open Letter to Women Who Say ‘My Body, My Choice’ appeared first on DailySurge.