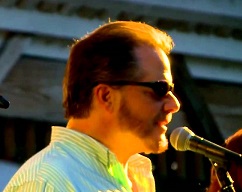 Surge Summary: Winners and loser predicted for the National Football League, week one.

We stand on the precipice of another football season about to be inaugurated in the midst of turbulent times.  Pro football has long been a unifying force in this great country, because however much we love OUR team and hate YOUR team, at the end of the day our passion for great football cements us as a community of colorblind fans.  Winners and losers alike return next season to try it all again, and there is reassurance, anticipation and mutual respect in that fact.

The league office has once again demonstrated stunningly poor leadership by deciding to be ‘woke’ instead of using their enormous cachet to make sensible choices that capitalize on our unifying love of the sport.  The Black National Anthem will be played at every game this season.  Helmets will have one of 6 league-approved, player-selected ‘social justice’ slogans stuck on the back, as if bumper-sticker jingoism will somehow diminish the rips in the fabric of our national identity rather than amplify and exacerbate them.  The same can be said for the league’s feckless and insensible mishandling of Covid protocols, which are totally unresolved and still writhing around like a worm impaled on a fishhook, tortuously agonizing to watch.  In the end, Colin Kaepernick’s childish antics won.  To the NFL I simply say, ‘Shut up and kick the ball!’

Cowboys at Buccaneers – A buck an ear will be the going price for the Dallas running backs, as Zeke gets zeke on the ground against this champion defense.  I don’t care how healthy Dakota Prescott is for the season opener; Tampa won with the best D in the league last February, and they are all still hungry.  Pirates pulverize the pistol packers.

Jaguars at Texans – The Lawrence Era in Jacksonville begins with a cupcake, as appropriate.  T-Law won’t be pressured to hang up big numbers or big plays against this horrible Houston shell of a football team.  They let you pass, they let you run, and they let you score.  In short, they let you win.  Urban Renewal begins in Jaguarland this week.  Jags bag and tag, while Houston sags.

Seahawks at Colts – Carson Wentz to Indy to fill Rivers’ empty cleats.  The Colts are contenders, with a decent offense and a good D.  When the Seahawks swoop in Sunday, will Russell, DJ and Tyler Lockett down, or will Indy’s Buckner DeForest Seattle’s backfield?  Squawks rock while Indy balks.

Jets at Panthers – Revenge is a dish best served hot & fresh!  Darnold gets a shot at his former team, armed with McCaffeine and DJ ‘Gemmesome’ Moore.  His replacement Zach Wilson inherits Sam’s old ‘Suicide Squad’ O-line, so we may see the same scenario repeat on Gang Green unless Robert Saleh can somehow whip these QB killers into shape.  He may, but not this week.  Black cats use the Jets as a scratching post.

Vikings at Bengals – Joe the Show is back in Cincy, with an added Jamar to Chase after his bullet passes.  Trouble with Cincy’s ship is too many holes to patch, as their run D and secondary are still weak, and so is their O-line.  Keeping Burrow upright is going to be trouble again in O-Hi-O.  Mike’s Vikes are better on D with Patrick Peterson’s arrival from Arizona, and that Purple offense is loaded with sharp tools.  Look for Dalvin to Cook up a win in Cin.

Cardinals at Titans – Kyler improves each year, the Cards have the 4th best pass rush now including the timeless JJ Watt, and when the Butler did it and retired, they added Janoris Jenkins to the D-backfield.  That said, Tennessee returns with King Henry (2,000 yds), Touchdown Brown and adds Julio Jones to Tannehill’s target selection.  The Cards fall in the Titans’ favor this week.

49ers at Lions – Big changes in Detroit, but losing won’t be one of them.  California Goff has been gulaged to the Siberia of the NFC, but TJ ‘Tough Job’ Hockinson and D’Andre ‘BetterBe’ Swift aren’t going to provide enough scoring horsepower to change decades of Losing Lions culture.  San Fran seems to have 49 ways to beat this team, and beat them they will…like a rented mule.  Niners find gold in the cold.

Steelers at Bills – This one is easy, too.  The Bills will beat the pig iron out of Pittsburgh, which is another team barely a shadow of their old, steely selves.  Okay defense, brand new RB in Najee ‘Call Me Franco’ Harris, and some decent receivers.  Problem is the O-line is a total makeover, and even with the best personnel, it takes time to gel.  Big Ben is older than Uncle Ben, and Buffalo just has everything going in the right direction on all sides of the ball.  Rusty Steelers get scrapped in Buffalo.

Eagles at Falcons – Battle of the Beaks, and neither team is very good.  Games like this favor the better QB (Ryan), pass rush (Philly), and receivers (Falcons).  We’re all dying to see Kyle Pitts establish himself, making Calvin Ridley more dangerous, but if Atlanta’s weakling O-line can’t protect Matty Heisman it won’t be Jalen that Hurts at the final whistle.  When talons lock, the Falcons squawk….by a feather.

Browns at Chiefs – Playoff rematch, first week!  The Browns were a bad call away from possibly dethroning KC last year.  They added ‘Rodeo’ Clowney to Myles Garrett’s fierce backfield disruption, which is a nasty pair of bookends coming at you.  Mayfield’s weapons are good with Chubb, Hunt, Landry and OBJ.  The Chiefs are still solid on pass D and potent on offense, with an ‘upgraded’ O-line.  Cleveland would make a heck of a statement beating KC in the Arrowhead opener…but they won’t.

Packers at Saints – Brees blew town, and Crab Legs Winston is now Whodat’s slinger…advantage; Packers.  Rodgers is one of the best ever, playing his best ever, with superb targets and ground game and an O-line that treats him like the gold in Fort Knox.  The Saints have a terrific defense against the run and Lattimore’s hawks keep the airways pretty clean too, but the emergence of Jaire Alexander ‘The Great’ in Green Bay has the Packers’ ‘No Fly Zone’ expanding rapidly.  In N’awlins, the Cheese stands alone.  Packers.

Broncos at Giants – Denver is still in flux, but Teddy Bridgequarter (get it?) gives them some steadiness under center for now.  Ball catchers like Jeudy and Fant and Mel Gordon lugging the pig are all good weapons getting better.  Denver’s D is solid front to back.  The Giants get Barkley back, but they have the same porous O-line that had Danny Jones falling like cut timber the last two seasons, which doesn’t help his play any.  Their D is improving, but nothing they have is enough to counter Denver’s edge in talent.  Broncs take the Bronx.

Dolphins at Patriots – Tough one for Week 1.  Miami has made steady progress under Flores, including good drafts and filling key positions.  Howard is a lockdown and I don’t mean Covid.  The Dolphins’ pass rush is solid, but their run D is their weakness.  The Patriots will run the ball a lot this season, and they can so they don’t have to put everything onto Mac Jones.  I really see this game as an either/or, because the Patriots’ complete retool at so many positions leaves more questions than answers.  Miami is further along their rebuild….I think.  Phins skin the Minutemen.

Bears at Rams – Such a mismatch.  The Rams, who were solid-to-excellent everywhere, just got better with Matt Stafford’s arrival.  The Bears will NOT be able to run OR throw on this defense, especially with the likes of Andy ‘The Red Trifle’ Dalton throwing, and only one deep threat in Robinson being smothered all day by Jalen Ramsey.  Nothing about this matchup favors Da Bears in any way.  I wouldn’t allow Justin Fields to watch this carnage, lest he become emotionally damaged by what he observes.  Bears get slammed and jammed by Rams.  BAM!!

Ravens at Raiders – The Raiders are…mediocre.  Decent receivers in Ruggs and Waller, good rushing in Josh Jacobs, and Derek Carr spins the ball pretty good.  This is where it ends.  They picked up a few vets to plug holes (mostly from the Ravens), but Baltimore has a better team.  They boast the best cornerback duo in Humphries and Peters, a good pass rush, the greatest running QB ever who can also throw when he wants to, and depth everywhere.  They are susceptible to the run, and Jacobs can exploit that, but essentially that is the only way they are going to make headway.  Too easy a problem to befuddle the computer John Harbaugh keeps under that hat.  What happens in Vegas…ain’t gonna be as bad as what happens TO Vegas.  Ravens roll the Raiders.

The post Even in Chaotic Times … Pigskin Pundit’s Picks, NFL, Week One   appeared first on DailySurge.