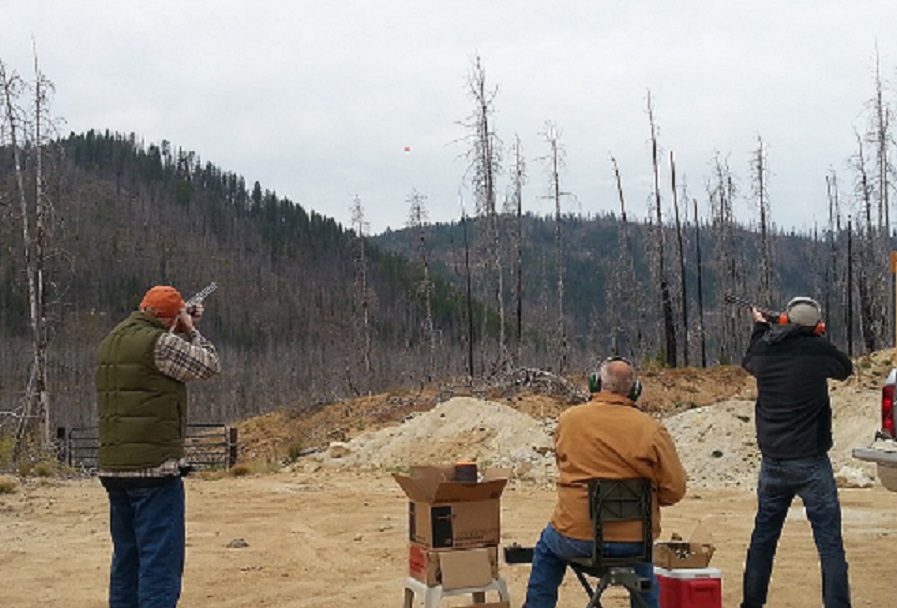 Surge Summary: In the “gun control” debate, there is lots that is left unreported by the media. Information that is generally left out is important. The facts, if known, would effect people’s opinions about this issue.

The most effective lie is the lie by omission. Tell part of the truth but not all of it. This propaganda technique works particularly well with an audience eager to believe the lie.

The US mass media lies to us a lot, in exactly this way: They feed us selected facts without proving their true context.

I follow the news about armed defense. I notice the things that are so consistently not said that the omissions must be deliberate. In this article, I will present the most accurate facts I can find. I list the sources where I got those facts. I give you my opinion about what those facts mean in full context. I want you to be able to make up your own mind about guns, and the media that reports on them.

Let us first look at how firearms are used.

Shooting for fun-
The most common use of a firearm is recreation: training, practice, competition, and hunting. The industry trade group for the shooting sports is the National Shooting Sports Foundation. The NSSF estimates there will be 12 billion firearms cartridges sold in the US civilian market in 2021. That seems like a lot of ammunition at 32 million cartridges used a day for fun. From another perspective, it is only 36 cartridges per person in an entire year. New gun owners are having trouble finding enough ammunition to take classes and practice.

Guns in the US-
Ammunition lasts for decades. Firearms are equally persistent if they are maintained. We have about 434 million firearms in civilian hands. The reported numbers vary, but when people show their sources, that is the best number I’ve seen. Think about that number when someone says they are going to “round up all the guns,” and laugh at them.

Living with a gun-
About 140 million of us (42 percent) live with a gun in our home. Gun owners are everywhere and in every lifestyle. Firearms fit many purposes. Like shoes, the gun owner has to find a gun that fits her body and her intended use. Most guns are seldom if ever used and sit in storage day after day.

Citizens carry concealed-
The laws about carrying concealed vary widely from state to state. A few states only let politicians, judges and retired law enforcement officers carry a firearm in public. The majority of states require a license and charge hefty fees before ordinary citizens can carry concealed. In contrast, 21 states have constitutional carry. In those states, citizens may carry in public without a permit, though the particular details vary from state to state.

Not every adult will exercise their right to carry a gun, even when it relatively cheap to do so. A few years ago, I estimated that about 10 percent of the population would carry if we adopted permit-less carry laws. About 20 million adults already have their carry permits. Concealed carry is common rather than rare. We would know if citizens with guns were inherently dangerous given that there are such a large number of legal guns on the street. We’ll talk about their remarkable safety record in a moment.

Self-defense incidents-
Armed citizens defend themselves at home, at work, and in pubic. Government numbers vary depending on which report you read. Reports vary from a low of 500 thousand to a high of 3 million cases of armed defense each year. I use 1.5 million as the best average. These estimates on the frequency of armed defense include numerous reports from the CDC (United States Center for Disease Control). Note how infrequently the news media covers stories of citizen self-defense.

Most armed self-defense incidents end with no shots fired. Criminals avoid armed victims. Most criminals stop and run away when an armed citizen simply presents his or her gun,

As I studied it, the question of armed defense was harder to answer than I thought. Part of that confusion is that we’re not sure about the question. Was it an example of armed defense if the defender shoots but misses her attacker? Is it armed defense if the robber runs away when he merely sees that grandma has a gun? Was it the gun pointed at him, the gun in her hand, or the gun on the wall that made the robber run away from grandma? In each of these scenarios, the presence of the firearm deterred the criminal. But not all of these scenarios will be included in the reporting of “crimes prevented by an armed defender.”

The post Unreported: Americans Own Guns for All Kinds of Reasons … and Use Them Responsibly Pt. 1 appeared first on DailySurge.