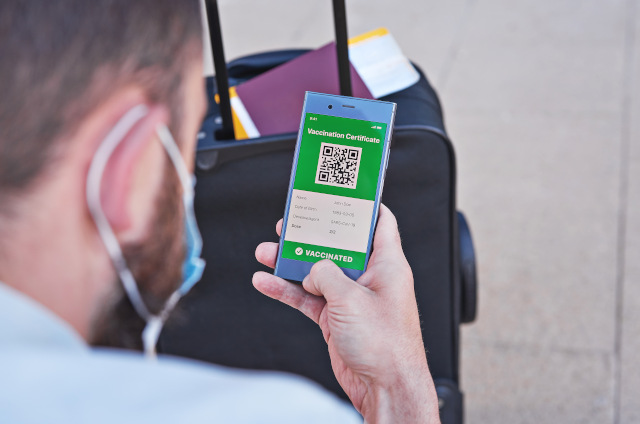 (TeaParty.org Exclusive) – The tyrants on the left are pushing for more vaccine mandates rather than more protection for Americans’ freedoms. No shocker there.

Those tyrants now want more restrictions for Americans who refuse to comply and get the experimental COVID-19 vaccines.

Dr. Leana Wen, a medical analyst and former head of Planned Parenthood, went full-blown authoritarian on CNN, saying, “There are privileges associated with being an American. That if you wish to have these privileges, you need to get vaccinated. Travel, and having the right to travel in our state, it’s not a constitutional right as far as I know to board a plane.”

Of course it is a right that Americans have to be able to travel freely within the US. This is not a privilege. Tucker Carlson fired back at Wen over her absurd suggestions.

“That’s quite a statement to make. So here you have a woman who moved to this country from China sitting authoritatively in a box on CNN, lecturing Americans that their most basic birthright — the right to travel within their own country, the country they were born in — is now, in fact, a privilege that the Democratic Party may decide to grant you if you follow its demands,” he asserted.

“How dare somebody say something like that out loud on television? What country is this? But more to the point, why doesn’t anyone in authority seem outraged by it? Possibly because a lot of them hope that’s our future,” he added.

He then went on to point out that while the idea of vaccine passports to travel in the US might seem crazy, it’s only just the beginning of a much bigger plan.

“Once authoritarian … have made large numbers of otherwise law-abiding Americans desperate enough to use fake vaccine cards, then we’ll move to the next phase, and this will likely happen soon. You’ll start to hear about the dangerous epidemic of fake documents out there — ‘an epidemic that threatens the public health of this country,’” Carlson ominously predicted.

He went on to explain how eventually the use of fake vaccine papers will lead to the push for digital COVID passports. This will ultimately end in full government control over all aspects of our lives.

“Just don’t forget to bring your fingerprints with you the next time you want to leave your house, or buy food, or fly on an airplane, or visit your children in college, or have a job, or get access to your checking account. Because Leana Wen is going to need to verify that you are following all of the rules. All of those things are privileges now. They’re not rights. They can be taken away,” he warned (video here).

Tucker Carlson: “If they can force you to take a vaccine that you don’t need, what can’t they do?” pic.twitter.com/GF9ebEgOYB

The audacity of this chick

Also her name is Leana* https://t.co/DKvoKNaqoy

I don’t use the word evil lightly.

That woman is evil.

She must be bat sh*t crazy. Should be allowed nowhere near public policy or offices of influence.

There is no way this ends well.

That may fly in China by the CCP, but not here.

In conclusion, Carlson wondered how this was all going to end.

“Bow to our will or we’ll punish you. Violate your own beliefs. Give us your dignity. And the very moment when the American population desperately needs to be loved, helped, understood, uplifted, they are being degraded and punished by their leaders. How is that going to end?”

That is the most important question facing Americans right now. How is all of this corruption and tyranny going to end? At what point are we going to stand up and fight? Freedom is never free.