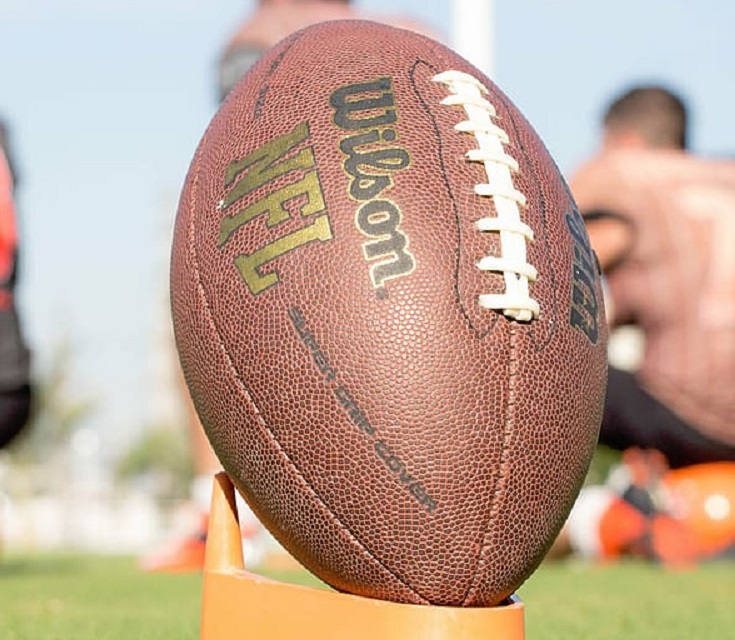 Week 1 is in the bag and now we have something to evaluate.  I wanted to mention a word of sympathy to David Patten’s family at his sad passing, but it didn’t fit in with my rant over league office foolishness last week and Patten deserves his own requiem without all the other noise.  Our prayers are with his family, and we commend this remarkable man and player into the arms of his Lord, Jesus Christ.  Along the same lines, we solemnly remember the lives of all those lost in the 9/11 attacks 20 years ago, and those lost in Afghanistan in the 20 years since we set out to redress that grievance.  Peace.

I finished opening week at 9-7.  Here’s the picks.

Giants at WFT – Big Blue showed how far they haven’t come as a team, by the pressure the New Orange Crush put on the chalk outline formerly known as Danny Dimes.  Ironically, he is going to see the same kind of heat this week from Young and Sweat, and he will be young and sweaty trying to stay alive with those two piranhas patrolling for blood.  Fitzbroken gave way to Taylor Heineke, but that may be a good thing too.  Saquon Barkley is rustier than your grandma’s lawn furniture, so I think Washington will be Monumental against the Jints.

Patriots at Jets – The Pats dominated several key game stats against Miami, including time of possession.  Freshman QB Jones looked crisp and composed, having a nice first game despite having the win fumbled away on a deep drive in the last 2 minutes.  This team was penalized 8 times, but don’t expect that to continue on a Belichick team.  The Jets showed some grit and their frosh signal caller also looked promising at times.  I believe that New England’s defense is going to crack Zach’s composure this week, as the ghosts that haunted Darnold return to the NYJ backfield.  Someone call Lisa Wilson to defend her son…No, don’t!!  Pats say ‘Cam who?’ on the way to their first win of 2021.

Broncos at Jaguars – Jacksonville has ‘miles to go before they reap’, and T-Law only plays one side of the ball.  Did anyone see Houston hammering Jacksonville (or any team) this season?  I’m laying odds that Urban heads for rural parts before the season is over.  This ain’t college ball, coach.  It’s (Von) Miller Time in the Jaguar backfield, and Orange is the new Black & Blue.  Ouch.

Bills at Dolphins – Buffalo looked…buffaloed on Sunday.  That ‘lost rookie’ expression was back on Josh Allen’s cherubic face again, as the Steeler defense stalled, mauled and appalled the Bills.  Miami played pretty well (not great) against New England, but IF Buffalo can establish the run, they have enough talent to squish the fish.  Bills come due on the road.

49ers at Eagles – Interesting game.  Hurts is looking more like a good idea, and that Philly pass rush played Matty-cake with Ryan all afternoon Sunday.  The Niners are still loaded even without Mostert, but how long before Jimmy ‘Fine China’ Garoppolo gets broken again?  Philly’s ferocious rush may find out.  Even so, look for Red & Gold to be loud and bold as they enjoy some Philadelphia Freedom.

Rams at Colts – Poor Indy, they are facing the fearsome NFC West this season.  The Rams arrive fresh on the heels of Seattle, with the Cardinals and Niners yet to come.  The good news is that this is the AFC South, and everybody else faces the same gauntlet.  Look for Stafford’s Rams to continue their dominance.  The Colts are no cupcake, but the Rams are only likely to improve as the season progresses.  Rams win while the Horseshoes miss the pin.

Raiders at Steelers – Wow, Tomlin’s Troops found new steel in their backbones when they broke the backs of Buffalo’s vaunted offense last week.  Big Ben started slow, like old machinery firing up after lengthy downtime, and his long ball was not happening.  But that defense was sparking like a forge on full hot.  Vegas played Baltimore to a standstill, then rolled a 7 in OT, so Pittsburgh will have to pick it up.  Always tough at home, the Steel Curtain holds again this week.

Bengals at Bears – The Red Trifle faces his old team (now new), and we should see Justin Fields this week because Da Bears are going no place.  Joe the Show Burrow has returned to form, which means Cincy is ascendant while Chicago is decaying.  The over/under on Matt Nagy is 4 games.  As Judy Garland said, Tigers and Bears, oh my!  Stripes are back in fashion.

Texans at Browns – Houston walloped rebuilding Jacksonville pretty hard last week, to everyone’s surprise.  This week they play a real team, and will enjoy a real beating as Cleveland is better in every way.  Tyrod Taylor will be Tired-out Taylor after Garrett & Clowney punch his ticket a few times, while Chubb and Kareem Hunt for the end zone.  Texans get caught in a Clockwork Orange.  Tick tock.

Saints at Panthers – Well, we sure didn’t see Sunday’s beat-down of the Packers coming, but Jameis Winston’s post-game interview showed that one thing hasn’t changed; he’s still a million-dollar arm with a ten-cent head.  Sunday’s game was likely an aberration for both the Saints and Packers.  Christian McCaffrey, on the other hand, was exactly as we remember him prior to his injury departure last season, balancing great reception and rushing numbers last week.  The Saints will probably fall back to earth this week, but not far enough to drop a game to Sam Darnold’s Panthers. Whodats skin the Cats.

Vikings at Cardinals – The Purple Nurples looked like a yard sale last week in Cincy, while Cliff Kingsbury’s Cardinals looked immense laying a beat-down on the vaunted Titans.  King Henry was held to 58 yards on 17 carries.  This doesn’t bode well for Dalvin Cook.  The Cards can throw, run, shut down your run, and make you QB cry for his ‘safe space’.  Purple sees Red, as Kyler and Company shred the Norsemen.

Falcons at Buccaneers – The Falcons remain in freefall.  Arthur Blank is proving that he is a football fan, not a football expert.  Let’s not waste time here – Bucs smash Atlanta like a bunch of overripe peaches.  Film at 11:00.

Titans at Seahawks – Tennessee failed to show up against the Cardinals last week, with King Henry shackled at 58 yards and Tannehill eating so much turf he could work for Scotts.  Seattle improved on defense this year, and their high-octane offense is already in high gear.  I don’t think Vrabel can figure this out in one week.  Settle coffee beats Tennessee whiskey this week.

Cowboys at Chargers – It’s a pick em!  Two gunslingers against two ‘meh’ pass defenses.  Zeke got zapped by Tampa last week, but this ain’t Tampa, so there’s your wildcard in this matchup.  Odds are he has a much better game, which tilts the field in Dallas’ favor.  When the gunsmoke clears at OK corral….the Lone Star is still standing.

Chiefs at Ravens – This used to be such a headsmash matchup…but I believe we have seen Lamar Jackson’s ceiling as a player, and it’s not high enough…not in this era.  Forget the fumbles, he just is not the passer or game manager that wins it all in this league.  KC struggles against the run, but this is a passing league and they can overcome a deficit so fast through air strikes that a 2-td lead is never safe.  For all their vaunted secondary horsepower, the Ravens allows 400 yards to the Raiders last week.  The Chiefs won’t cover the spread, but they will add fresh Raven feathers to their warbonnets.

Lions at Packers – Aaron Rodgers appears to be the latest high-profile public figure to begin losing his mind after falling in love (Kaepernick’s distractions/decline, Brady’s ‘long hair’ phase, Prince Harry defecting the royal family, etc).  The dirty ‘Boxcar Willy’ look, complete with stupid man-bun affected by Rodgers this season makes him look like a guy TRYING to get his lover (Packer backers) to fall out of love with him.  As he goes, the team goes…Distracted, disaffected QBs make poor team leaders, so maybe the New Orleans debacle wasn’t just a fluke.  We’ll see this week, as the hapless but hungry Lions come to town.  They dug deep after a horrible first half against the Niners and showed some spark to finish pretty well last week.  Half of Aaron Rodgers is enough to beat Detroit, so I’m going that way.  But he looks like a man who doesn’t care anymore, and we’ll see who shows up Monday Night.  Bum pum pum pummm…

The post Week One, Out of the Way, So: Pigskin Pundit’s Picks, Week Two appeared first on DailySurge.