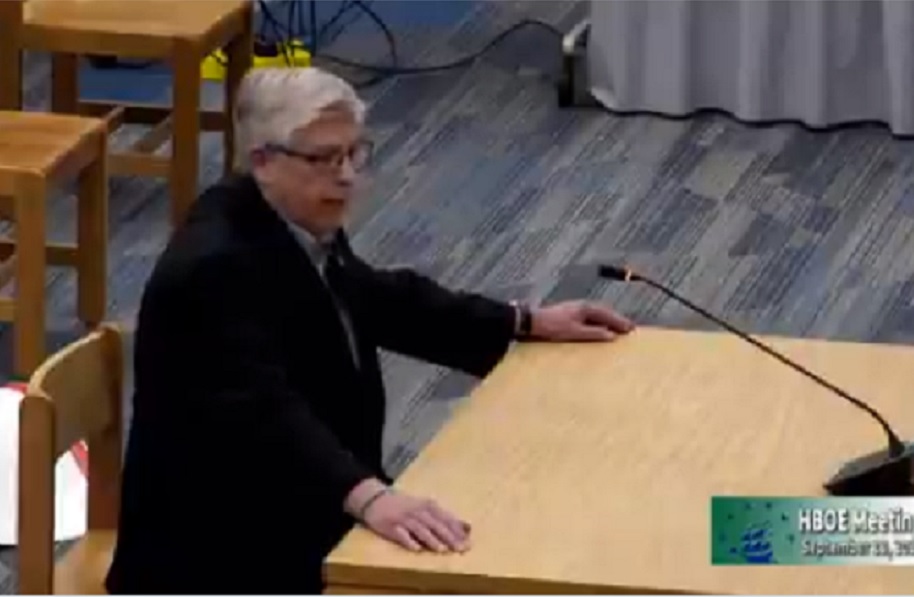 Surge Summary: An Ohio mayor threatens to fire a local school board after revelations emerge of pornography in the classroom – activity which apparently has been going on for a long time.

In Hudson, Ohio, a recent school board meeting heard from outraged parents and even a tongue-lashing by the mayor. And the controversy is making national news.

But this school, like so many others, has exposed its students to X-rated corruption.

What were they thinking?

Parents were shocked to discover that an advanced English class consults a book with outrageous material in order to find composition subjects.

The book is called “642 Things to Write About.” It has been used by students for what are called “writing prompts” for at least six years. Prompts are thought- provoking topics to inspire students to write.

Well, here are some of the writing prompts in this book: “Write a sex scene you would not show your mom,” “rewrite the sex scene above into one you would let your Mom read;” “write an X-rated Disney scenario;” “write about a room full of people who want to sleep together.” And apart from these encouragements to produce sexual obscenity, other prompts were these: “Drink a beer and describe the taste,” and then, how to murder someone.

So a group of parents lambasted the school board at a recent meeting but they were not alone. Up to the microphone stepped the town’s mayor, who asked the five members of the school board to resign or be charged with child pornography. He cited a judge he had consulted who told him that indeed, what the children were being asked to engage in was pornography.

The principal apologized to parents and said the book was used but these topics were never assigned—they were simply listed within the book, which is apparently no longer going to be available.

But parents were not satisfied, because one parent said the teacher told her child to not take the book home. Was this to keep parents from seeing the content?

One mom learned about the material from another parent and asked her daughter about the book. Her 17 -year- old daughter said this: “Mom, I didn’t tell you since the teacher already doesn’t like me, because she knows I’m not a liberal.”

At the school board meeting, this was not the only astounding revelation. Another student spoke at the microphone and related an incident in one of her classes, where an R-rated movie was shown with very graphic sex scenes and even children dressing provocatively. The student asked if she could leave. However, the teacher made her stay.

Do these incidents qualify as obscenity being encouraged among our children? I think they might and as such they should qualify as violations of Ohio law.

Sometimes I think the schools have gone crazy, but the reality is that some of this has been going on for a long time. Only now is it coming to light. The good news is that once it does, we can do something about it.

The post Mayor Threatens to Fire School Board – and They Most Definitely Deserve It appeared first on DailySurge.