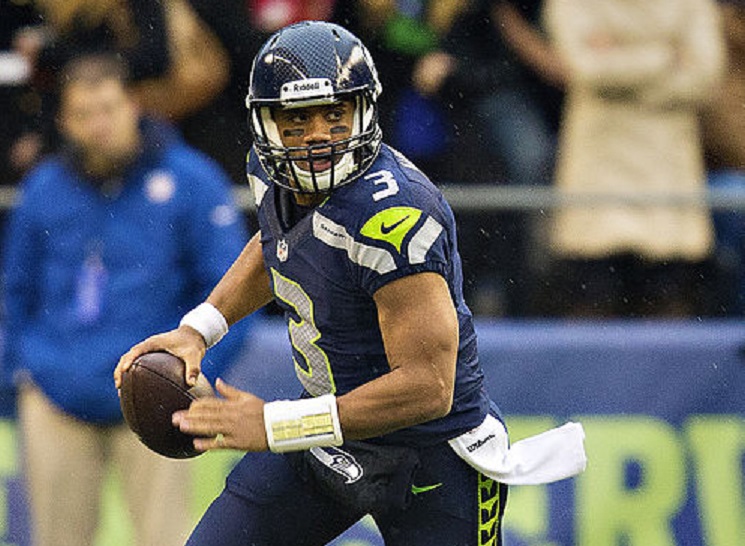 Surge Summary: It’s only week three of this season’s National Football League, so a lot can change in the months ahead. Still: Pigskin Pundit’s picks for upcoming games.

Things are heating up in Week 3, as teams begin to find out what they have, and injuries begin to nibble at rosters around the league.  It’s too early yet to draw any serious conclusions, but Denver and Vegas are NOT the two best teams in the AFC, and Carolina and Arizona won’t be undefeated much longer.  I went a respectable 11-5 last week, and stand at 20-12 for the season.  Here are the picks.

Panthers at Texans – The Panthers’ prowling defense exposed the Saints’ weakness last week in a decisive victory, while Houston lost yet another QB when Taylor blew a tie rod.  This week, Davis Mills around in the backfield while Darnold enjoys the best month of his NFL career.  Panthers maul as McCaffeine hauls them to another win.

Colts at Titans – Carson Wentz back on the injured list in the loss to LA, and DeWreck Henry reverted to form last week, repopulating the nightmares of half the defenses in the league as they watch that stub of hair go careening downfield like a runaway sausage.  The Titans just have too many weapons in Brown, Jones and Henry, and Indy lost their QB…again.  Tennessee is Titanic while the Ponies panic.

Falcons at Giants – The Oh-Twos face off in Gotham, ho hum.  Atlanta is just…stuck.  Very good QB, exciting receivers, and not much else.  Team Mara lost another key O-lineman so they will continue to struggle keeping Daniel Jones upright (and alive…).  That said, Deep Blue has a mobile QB who CAN throw some darts, and Barkley will get better each week he is healthy.  Kyle will find it’s the Pitts to play for Home Depot, as the Giants pluck the Falcons this week.

Chargers at Chiefs – This has the makings of a budding rivalry, with two young superstar QBs in the same division.  KC struggles on run defense, so Ekeler will be key, as will Herbert’s underrated mobility (the arm dazzles so much you miss his leg work).  But this is still the Chiefs, and when you take one thing away (Hill) there’s always someone else (Kelce) to hurt you.  Chargers lack the voltage to light it up in Arrowhead.

Bengals at Steelers – The Bungles still can’t protect Big Throw Joe, so facing the new Steel Curtain bodes ill for our fair tigers.  TJ Watt may not play (groin), but there is still plenty of iron in Pittsburgh’s D, and Joe won’t be Mixon it up with them. Roethlisberger’s low-octane offense will struggle again to score, and he may be running for his life at times like Burrow, but Cincinnati is still too far away on talent to unseat their division rivals to the northeast.  Stripes say yipes as Black & Gold hold the fold.

Bears at Browns – Mack the Sack and his Bears come to Ohio, as Justin takes the Fields in place of the Injured Ginger.   DaBears showed some passing D last week against Big Throw Joe Burrow with 3 picks, but Baker, Chubb & Hunt are going to poke that bear, repeatedly.  Not to mention that feeding Nagy’s rookie QB a Clowney & Garrett sandwich every other snap is going to be a lot harder to digest than a Chicago hot dog.  Cleveland ‘relishes’ another bite of victory by showing they can cut the mustard.

Ravens at Lions – Action Jackson and company stole a first victory from KC last week the same way they lost their opener to Vegas, so they are pumped.  Their vaunted pass defense hasn’t set the world ablaze, and Goff will ding them for some yards, but his targets are few and known, and if KC didn’t have an answer for Lamar’s legs, Detroit won’t either.  Ravens soar while the Lions don’t roar.

Saints at Patriots – The WhoDon’ts are a Jekyll & Hyde team, as is their enigmatic QB.  Winston will prove to be a placeholder this season, because Sean Payton knows he can’t win out with him.  He’s a better-throwing version of Dwayne Haskins, and even though the rest of the Saints team is decent to very good, Bill Belichick will have a game plan to twist Jameis’ mind into a pretzel.  It’ll be a close one, but in the end the Minutemen’s muskets volley in victory.  Pats feint where the Saints ain’t.

Cardinals at Jaguars – Jacksonville continues down the path to their second consecutive #1 overall pick this season, as Phoenix arrives fresh from handing Kingsbury a Cliff-hanger victory.  Zona’s D looked more pedestrian last week against the Vikes, but Murray in a Hurry slung the ball around for 400 yards, and averaged several yards per carry under his own steam.  Deondre Hopkins is as deadly as Anthony Hopkins playing Hannibal Lecter, and the Drags won’t have an answer for him.  The Cards have a tough schedule, so every win counts.  Slacksonville sees Red as the Cards remain undefeated.

WFT at Bills – Some good things happening for the Washington Snyders, as Heinicke continues to show pluck and zip at QB.  Their offense is decent, and the defense continues to improve as Young and Sweat lead the charge.  They do struggle with mobile QBs and rushing teams, and Buffalo can do both.  Josh Allen hasn’t really found his throwing confidence this season, which seems odd after the way he finished last season.  Still, everyone knows McDermott’s Bills are a more complete team than FT, so the smart money stops in Orchard Park.  Cue the early season blizzard, as the Bills come due at home.

Jets at Broncos – Courtland is the apple of Teddy’s eye in Denver, as the AFC team with the softest schedule to date looks to stay undefeated.  Tootie Fruity, no Jeudy; but Miller’s Orange Crush will continue Zach Wilson’s freshman hazing as the Strongcos cool the Jets.

Dolphins at Raiders – Waller the Baller and Renfrow the Hunter will be hauling in Carr’s passes, leaving X Howard wondering ‘how hard’ he must work to cover this much talent.  Brissett relieved Two-uh after he got hurt-uh, but to no avail.  If Vegas doesn’t get Josh ‘Night train’ Jacobs back this week the game might be closer, but the outcome should still show that the Raiders’ luck holds when they roll the dice at home.  Chucky gets lucky again.  No dice for the Dolphins.

Seahawks at Vikings – Mike’s Vikes struggled mightily with a highly mobile QB who can throw long darts, in Kyler Murray last week.  Here comes Russell Wilson….rewind and replay.  Seattle has trouble with the run game, and Dalvin Cooks when he gets going, plus the Purple passing game may find opportunities with a meh Seattle secondary as Kissing Cousins connects up with JJ and Thielen.  Should be close, but in the end Wilson’s elusive mobility and laser bomb delivery helps DJ make music and Tyler Lockett down.  Dayglo Green beats Passion Purple.

Buccaneers at Rams – This is probably the NFC championship preview, and what a game!  Both teams are strong on both sides of the ball, now that Staffie has exchanged Blue & Silver for Blue & Gold.  The biggest question here is whether the Bucs D can revert to playoff caliber, or continue to struggle with QB pressure, pass coverage & protecting TB12.  Maybe they need a tough loss to wake them up.  This is a pick ‘em with the winner leaving as the Superbowl favorite.  Ram tough stops the Bucs in La-La Land.

Packers at Niners – Another pick ‘em in the battle of the Bays.  The Niners’ ground game has gone to ground, which puts more pressure on Garoppolo’s arm.  The Packer run defense hasn’t been as stalwart, and Glass Jimmy may find he has more time to pick targets without Za’Darius Smith’s hot breath in his facemask every snap.  In a shootout, which this game will certainly be, give me the Old Master over the Italian Stallion.  Packers claim-jump the Prospectors.

Eagles at Cowboys – Division matchup with two improving teams trying to find their groove.  Dallas got better at their horrible pass defense last week against gunslinger Herbert, and Hurts was held to an 80 passer rating by the Niners.  The Philly ground game and pass rush are strong, while Dallas’ ground game and passing game are pretty balanced.  This game matters a lot to these rivals, so expect a good one.  Sanders picks up bonus Miles, but Zeke and Dak put the Hurts on Philly.  Cowboys win the shootout.