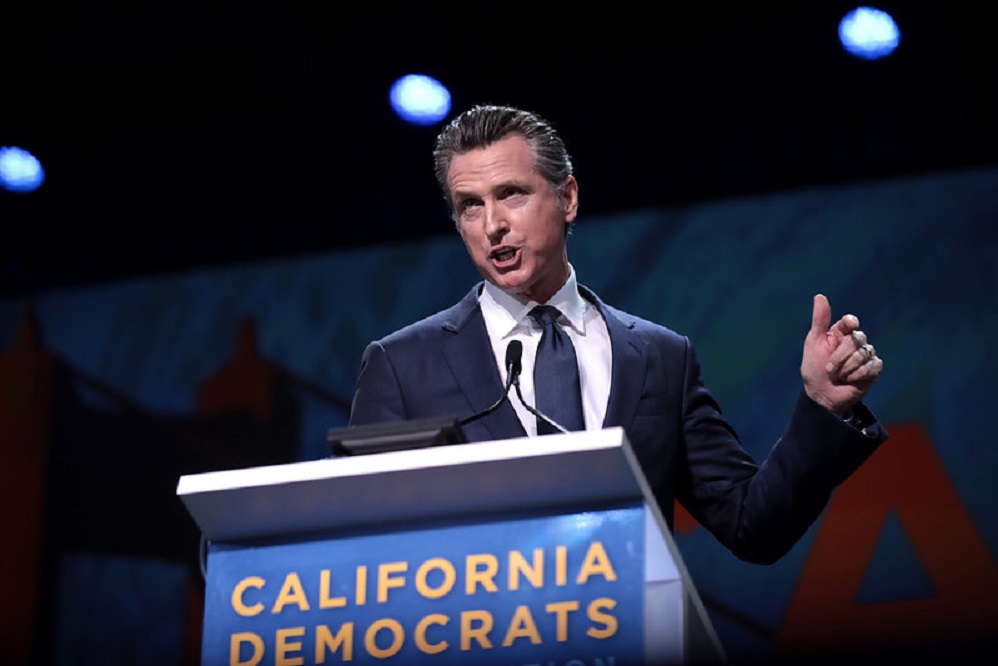 Surge Summary: Californians have decided to leave Gavin Newsom in office – confirming he’s exactly the manner of politician they deserve. Can the rest of America demonstrate it ought to have better leaders?

Turns out a specific historical person actually said something to the effect that “people get the government they deserve”. It was eighteenth-century Savoyard philosopher Joseph de Maistre, and the literal quote is “In a democracy people get the leaders they deserve.” More contemporaneously, columnist Diane Dimond wrote, “If we, the electorate, are voting for undeserving or incompetent candidates, then that is on us”.

The gist of either utterance (the “democracy” modifier doesn’t always apply) was not only shrewd, but has been confirmed through the ages by lots of human experience. It’s also biblically sound: Scripture is insistent that one of many manifestations of God’s judgment on a wicked society is corrupt, ineffectual and/or malevolent governance (See: various King’s of Judah and Israel).

Which brings us to California. Lately, the majority of Golden State voters officially affirmed they want the goofily Leftist, hypocritical and inept Gavin Newsom to remain as their governor.

Bill Donohue has laid out some particulars:

Pundits recently noticed that one of the reasons why California Gov. Gavin Newsom easily fended off a recall challenge was because of his stringent COVID policies. The masketeers love him.  … He authorized a veritable lock-down of the state, and did not end his stay-at-home order until June 15. His health officials ordered all unvaccinated persons age 2 and up to wear a mask in indoor public spaces and businesses. … Starting Tuesday, Newsom is forcing everyone who attends an indoor event with more than 1,000 persons to provide vaccination verification or a negative COVID test. … Californians strongly approve of these restrictions. In a recent survey, 66% said they support a universal mask mandate for indoor public places; only 25% were opposed. A majority, 51%, said they like masks so much that they would personally choose to wear one indoors in public even if not required to do so! Similarly, a majority are in favor of the state forcing everyone in California to get vaccinated.

I feel badly for the diminishing conservative — read: clear-thinking — minority of this most populous American state. These have, indeed, objected for years to Newsom’s panderingly progressive antics and slow-rolling annihilation of their neighborhoods, towns and cities. They’ve called out his grotesque groveling before nearly every outburst of faddish radicalism from climate change obsessions, socialistic statism, open borders laxness to LGBTQ kookiness, racialism, and law-and-order squishiness. Topping it off, a week ago they took a gutsy but failed stab at ejecting him from their state capitol’s corner office. To their praiseworthy credit, they’ve tried to make things better.

For the remainder of CA residents? Those who couldn’t be bothered? Or, worse, who fought to keep their haplessly preposterous Chief Executive ensconced at the top? They’ve set the table for more statewide disaster — and are certifiably going to get it. My capacity for sympathy for them is rather severely limited. Their comeuppance, after all, is self-determined..

You know what would be supremely gratifying; even redemptive? If the other forty-nine states north and east of Newsom’s domain would take the cue and demand their elected officials rebuff his example, honoring the U.S. Constitution, formulating policies anchored in standard-issue wisdom and moral decency and leading their communities with some level of proficiency.

What I’m not doing at the moment is hold my breath in anticipation that will happen automatically or easily. Too many sectors of the country are conspicuously committed to following California’s lead, smitten with Newsom-level daffiness. Still … “many sectors” is not all of them.

Americans who want California’s influence confined to the Republic’s west coast can continue hoping, aggressively engaging and, of course, praying, toward that end. They must do so.

On the plus side, Newsom and Co. ought to inspire, if nothing else, determination among those prudent citizens scattered across the fruited plain to say, Not in our region, not on our watch.

If non-Californian Americans settle on that response to Cali’s latest woeful choice, they’ll be thus demonstrating, per de Maistre, they “deserve” leaders who are a marked improvement on Gavin Newsom.

The post Rest of America Needs to Prove It Can Do Better Than Gavin Newsom appeared first on DailySurge.