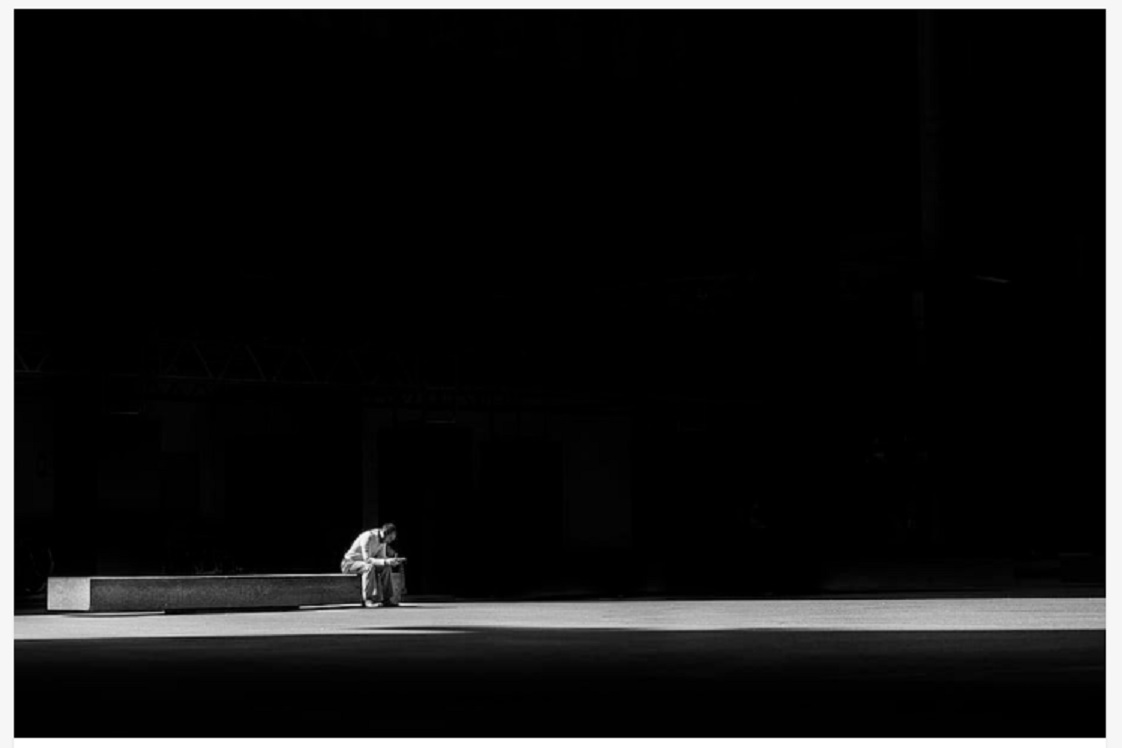 Surge Summary: A company of global elites concerned about so-called “overpopulation” are concocting plans to reduce the number of people on planet earth. Does this have anything to do with the development of the Covid-19 virus and the way it is being addressed? What else is up ahead?

There are extremely powerful people in government, entertainment, media, education and business who are convinced they have a divine right to run the world. They love playing god. They have no use for the real God. They don’t believe in Heaven. They work for a man-made heaven on earth.

These people share a world view. They agree on the big issues. They believe with religious fervor. In fact, their beliefs are so strong, they agree any action they take is justified. But they are smart enough to know some things must be introduced gradually.

(For a deeper dive into what these people believe: https://tpchronicles.com/46-quotes-on-population-control-from-world-leaders-that-will-chill-you-to-the-bone/)

These people believe earth is way over populated. They look at a population of 7.5 billion human beings and conclude the earth cannot support so many people. They see global disaster ahead as a result.  They’ve determined the earth can only sustain about 1.5 billion people. Computer modeling, as with global warming, helps them arrive at this conclusion.

They are convinced over-population is the cause of most pressing problems including catastrophic environmental degradation and resource depletion. They believe only radical and rapid change will solve these problems. And they believe the only way to achieve radical, rapid change is to establish one-world government. This is why they are often referred to as “Globalists.”

Controlling population, and climate, is for them a matter of life or death. These Globalists have appointed themselves to decide who lives and who dies.  They take it upon themselves to prescribe solutions to the problems they prioritize, and to punish anyone who disagrees. Depopulating earth is job #1 in their minds.

Is it beyond imagination the U.S. government would use a virus to cull the human herd as a way to cool the earth and conserve resources? Oh, yes, the Chinese Communist Party and its People’s Liberation Army developed COVID and released it. But American money was used to support that research.

However, let’s ask: What mad scientist would use a virus with such a low death rate to cull the herd? Is it possible COVID is only a trial balloon, part of the research leading to a far more lethal virus capable of killing only certain people groups? Biden has said more than once that there will be more pandemics and they will be worse. What does he know that he is withholding?

Globalists consider it a sacred duty to cull the herd. This is why they make abortion a sacrament. This is why they sponsor birth control, and sterilization. And where are these depopulation programs most active? The Third World of course. Here is but one example of many stories about Globalists coordinating with Big Pharma and the World Health Organization (part of the U.N.) to force vaccines resulting in sterilization of 500,000 women in Kenya. (Note the Bill Gates connection: Very big on the world stage promoting vaccines and radical climate policies.)

No doubt certain people cheered when so many women miscarried after taking the jab.

Isn’t it strange the way the vaccines were brought to market so quickly? Isn’t it strange the way powerful voices like Joe Biden’s were against mandates ten months ago, but today mandates are demanded by elites throughout the world? Something is fishy. Officials insist they act to save people but they vigorously deny the data indicating COVID vaccines pose short term and long term dangers, even death.

Three years ago, if someone told you the U.S. government would conduct massive surveillance and censorship, and coordinate quarantines, lock downs, mandates and passports due to a virus with a 99.9999% survival rate, you would not have believed them. Yet here we are.

In fact we have gone far beyond what was unimaginable three years ago.  There is open talk of detention centers in the U.S. for the crime of refusing the jab.

The U.S. government has a growing database of all your personal information. City, state and federal juggernauts propose vaccine passports, infringe rights, deny employment, and demand conformity, with a range of punishments for disobedience.

Many a social science theorist has marveled at how quickly and willingly people conform to government edicts, how rapidly they submit, even when it is not in their best interests, people willing to poison themselves and risk death in the name of avoiding death by COVID?

Perhaps the Globalists know something we don’t know? Perhaps they know the long term impacts of COVID will indeed cull the herd substantially! Many prominent doctors and others, like a past VP of Pfizer*, claim the vaccines actually spread the virus and help it mutate. This is why were hear so much about boosters that will be required. This also helps explain why officials claim to fight the virus, yet they’re found promoting it by ignoring transmission from illegal immigration.

And what ever happened to discussions about herd immunity, apparently taking hold in Sweden, Denmark and the UK? It’s as if the experts and the elites would prefer we all take booster after booster instead of conquering this disease!

Keeping in mind the Globalists are intensely focused on reducing human population by at least 6 Billion people, isn’t it obvious the entire Green New Deal is a massive effort to ‘Save the Planet’ so that elites can fashion their heaven on earth. And they will accomplish this with your money, all the while identifying and dispensing with people opposed to the con. And what is the con? Radical, rapid population reduction to save the planet, for whom? For you? Or for elites?

Are concentration camps right around the corner?

All the things Globalists do are designed to centralize power and amass wealth to create their heaven on earth. These efforts naturally exclude deplorables and anyone else unwilling to turn over life, liberty and any hope of happiness. Globalists long ago realized the only way they can achieve their goals is to somehow conquer or cooperate with other Globalists like the Chinese, the Russians, and the Iranians.

Globalists decided years ago they’d find ways of cooperating with other Globalists. Insiders make deals in secret, deals that always hurt the outsiders.

For example, it is no secret the Chinese have lusted after Afghanistan for two primary reasons: one, for an open trade route to Europe, and two, for the rare earth minerals found in abundance.  China already controls 80% of these minerals, and they want 100% control. These minerals are central in the production of defense technologies, medical devices, motors, turbines, and electric cars. Whatever the Chinese pursue, they seek to take control.

Afghanistan is rich in rare earth minerals. With the fall of Afghanistan, China immediately struck agreements with the Taliban to start mining.

So in one stroke, they cornered the market, excluded America, and improved their position to secure the trade route west, leaving many to wonder if Biden’s rapid and disorganized withdrawal was part of a larger deal with China. Will China give us something other than a pandemic in return?  Or was Biden’s Chinese accommodation a payment for favors of the past?

Media paints Biden an adversary of the Chinese Communist Party. How naïve. Biden is no adversary. He is a paid co-conspirator.

Perhaps Biden believes the Chinese when they say they are going to help him with global warming even though they are presently building a huge number of coal fired plants at home as they dominate many areas of resource extraction overseas, all carbon producing activities.

Geopolitically, Globalists lust for one-world government, or maybe a planet run by China governing a number of vassal states. (Perhaps the U.N. is being groomed to assume a global governance role.) Increasingly in the West one hears pundits and professors praise the Chinese model.

One thing is for sure, the plan to create heaven on earth must involve the eradication of America and her allies. Freedom lovers rarely submit voluntarily to communists. Obviously, people who’ve enjoyed the blessings of liberty for 250 years are not going to cooperate with dictators, but even if they do, they will be eliminated. Closet Globalists quietly celebrated 9/11, assuring one another of more to come.

The Chinese have been very clever, infiltrating all levels of American society, with disinformation campaigns, along with the general effort to demoralize. You know you are in trouble when your people don’t know what to believe, but they suspect they no longer believe in themselves, or they seriously doubt the loyalty of their leaders. Big trouble is right around the corner when your children say they hate their own country (thanks to public schools), and when substantial numbers of political and corporate leaders become addicted to electronic transfers from China.

When disinformation fails, election fraud prevails.  Faced with President Trump, and fearing his effectiveness, Democrats and Chinese alike understood early in the Trump administration that they must win Congress and the White House by any means in 2020, if they were to salvage the Vision.

“Any means”– including voter and election fraud in all the key battleground states. If Globalists are willing to rig elections, sponsor pandemics, applaud mass murder, encourage famine and employ other means of depopulation, such as the use of nuclear weapons, all for selfish reasons, then we must finally admit this is a war for our very survival.

Recorded human history stretches about 6,000 years.  In all that time, 99% of the time, people lived under brutal dictatorships. The American Revolution accomplished a 5,000 year leap, launching us forward, out of the dark ages, into the light. Think of the oceans of blood spilled over the centuries by dictators grasping at power, and think of all the good wrought by America and Americans, in the name of Freedom.  Are we really going to stand by and allow a few dictators to ruin what God gifted us?

America alone, surrounded and infiltrated, assaulted daily by the White House and Congress, must prevail, for if she falls, the entire world falls. Ironically, the most successful system ever devised—a constitutional republic rooted in Judeo-Christian values, nourished by capitalism—is the target of Globalists who claim to want what is best. They demand we forsake proven, successful beliefs and systems in deference to their global speculations and wild imaginings. Let’s remember that 6 billion lives hang in the balance.

It will take a miracle to defeat Globalists. Our God specializes in miracles, if we will turn to Him, repent of our sins, and ask His help.   [AE 9.13.21]

The post Billions of Lives in the Balance as Global Elites Scheme to ‘Save the Planet’ appeared first on DailySurge.